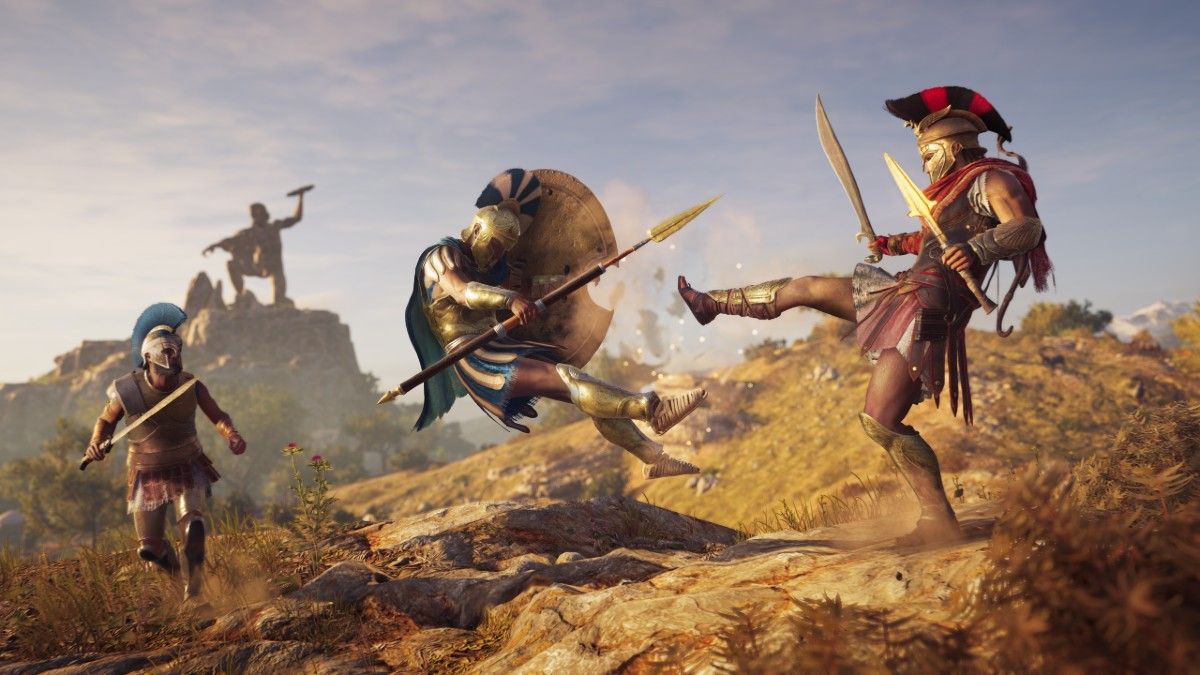 Ubisoft has become an incredibly popular developer and publisher over the years. The company has created iconic franchises like Assassin’s Creed, Splinter Cell, Prince of Persia, Watch Dogs, Far Cry, and many others. Ubisoft is currently working on multiple new projects including Avatar: Frontiers of Pandora, Skull & Bones, The Division Heartland, Assassin’s Creed Mirage, Beyond Good and Evil 2, and many others. While these games are months away from launch, we take a look at some of the best games from Ubisoft over the years: 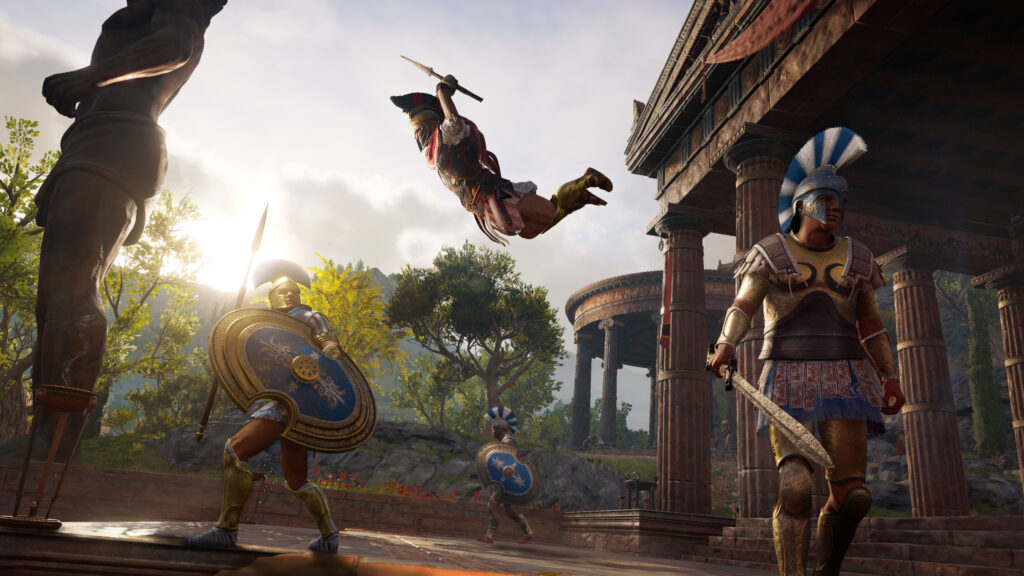 Assassin’s Creed Odyssey is one of the best games in the series after Ubisoft shifted to more RPG-focused gameplay. The game is set in ancient Greece in the midst of a raging war between Athens and Sparta. Odyssey features a massive and gorgeous open world with various historical characters. You can get multiple endings in this game as your decisions in the story will shape the overall narrative. Odyssey also has many mysterious secrets and mythical beasts. The game is filled with a lot of content to explore even after you finish the main story. 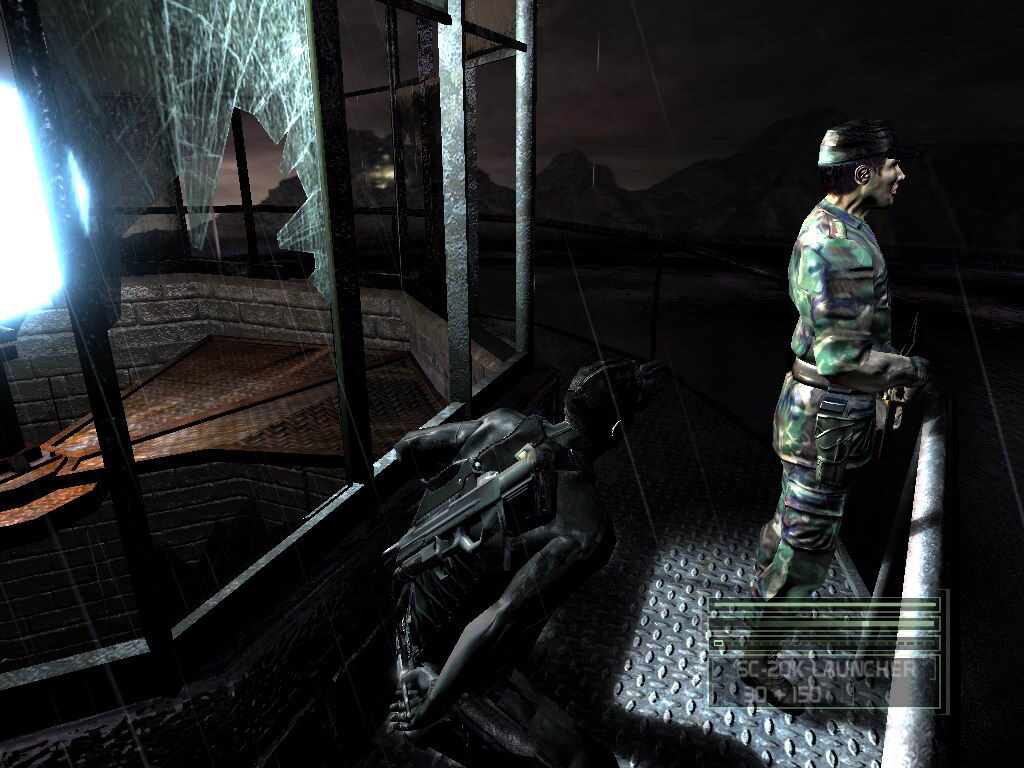 While the graphics and gameplay may not live up to modern gaming standards, Splinter Cell Chaos Theory is still considered an iconic Ubisoft game. Chaos Theory is set in 2008 in the midst of citywide blackouts, stock exchange sabotage, and hijacking of national defence systems. You play as Sam Fisher, NSA’s best black-ops agent. The game encourages stealth as you can sneakily take out enemies while infiltrating their bases. Chaos Theory has an open-level design with multiple paths as well as secondary objectives.

3. Prince of Persia: The Sands of Time 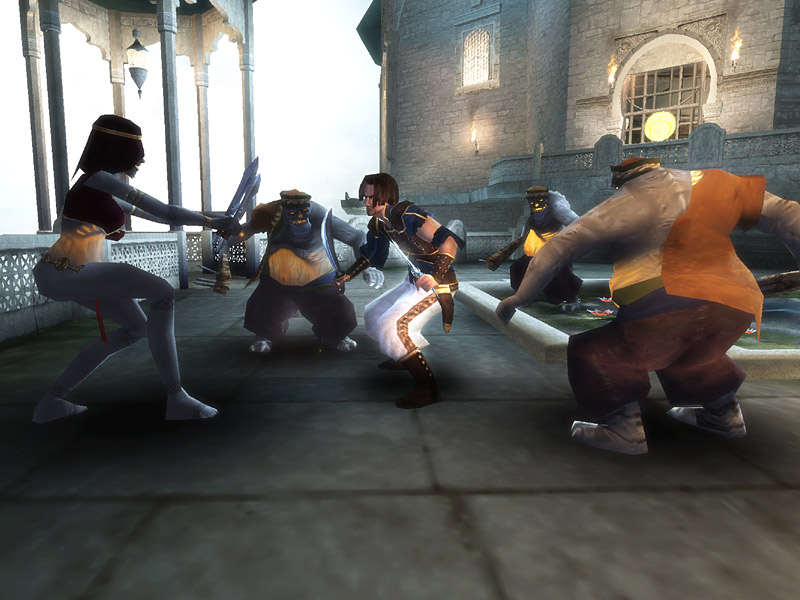 Price of Persia: The Sands of Time is one of the most popular Ubisoft games of all time. Ubisoft is also making a remake of The Sands of Time, which has been through some development hell. It’s unclear when the remake will be out. The original game is known for its great combat and parkour mechanics. The action-adventure game is set in medieval Persia with various landscapes worth exploring. While the graphics and gameplay don’t hold up to current standards, the Prince of Persia: The Sands of Time remake will definitely be worth the wait.

Prince of Persia: The Sands of Time platforms – PC 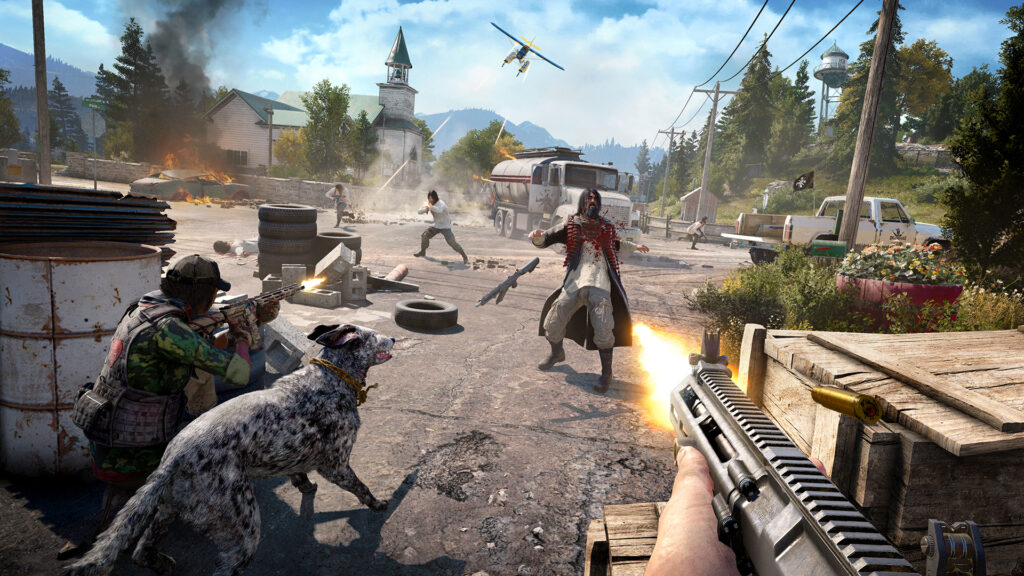 Far Cry 5 is set in Hope County, Montana, the land of the free and home of a doomsday cult called Eden’s Gate. You need to take down the cult leader Joseph Seed alongside his siblings, the Heralds, to liberate the oppressed community. You can play the game solo or in a two-player online co-op. You can also recruit NPCs and animals to eliminate enemies and cult members. Besides these, the game has a decent story and combat experience that will keep you hooked for hours. 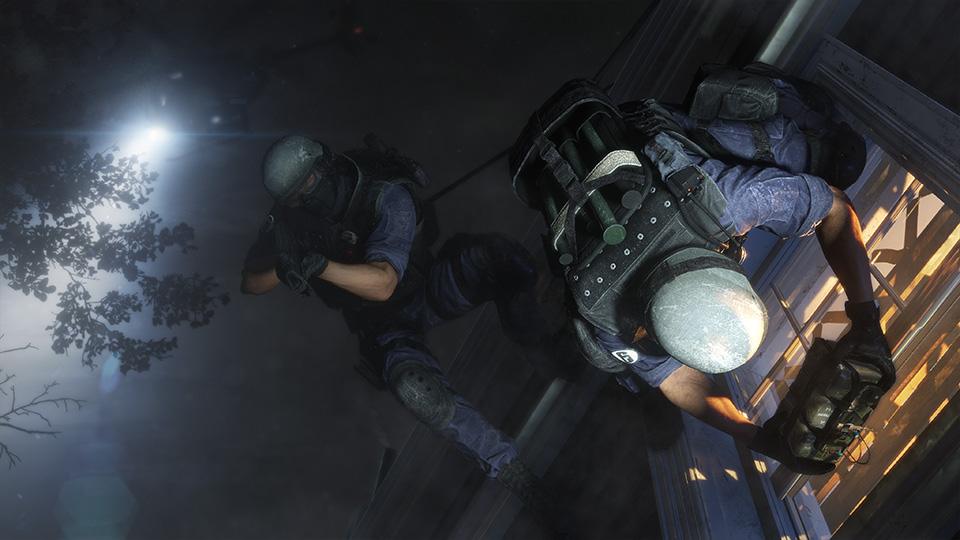 Rainbow Six Siege has become a popular competitive multiplayer shooter since its launch. You pick an operator from a huge roster of operators with unique tactical gadgets. Each operator will give you an advantage in attack or defence with their loadout of weapons as well as gadgets. Besides these, new operators are added quite frequently along with maps and limited-time modes. Rainbow Six Siege has become a really popular esports title over the years, thanks to its highly competitive gameplay experience. 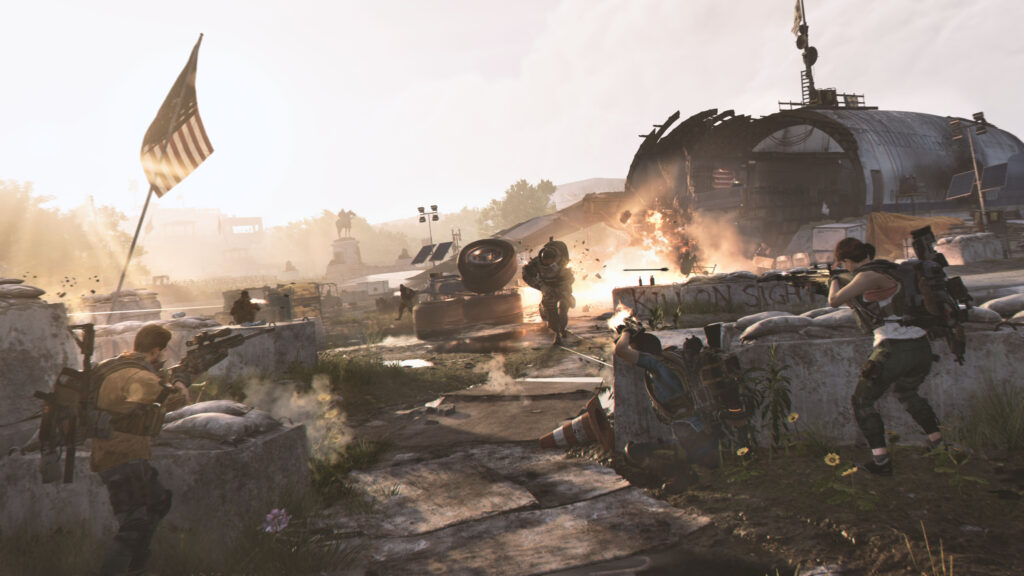 The Division 2 builds upon the great gameplay of its predecessor. The game is set in post-apocalyptic Washington D.C. filled with various factions that are battling against each other to gain control of the city. The Division 2 has various PvE as well as PvP elements, which will let you explore a lot of content. The game has several weapons and gadgets that will help you in combat. The gunplay is incredibly satisfying, which feels great as there are a lot of enemies to encounter in each mission. 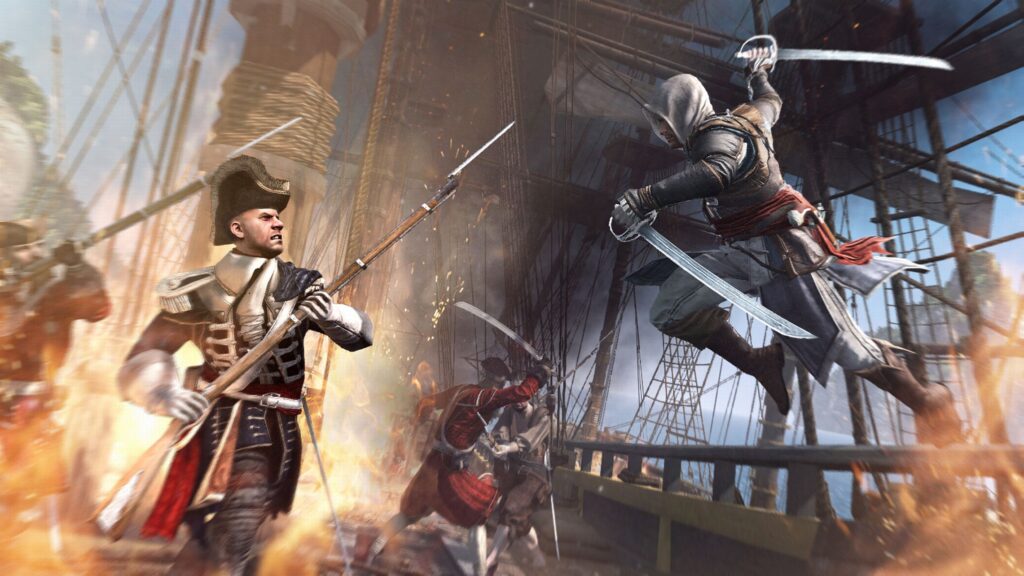 Assassin’s Creed 4 Black Flag is considered the best game in the series by many fans. The game is set in the year 1715 and you play as a pirate captain named Edward Kenway. His reputation has earned him the respect of legendary pirates like Blackbeard, but also got him involved in an ancient war between Assassin’s and Templars. Edward has access to a wide range of weapons to take out his enemies. The game has a massive and well-detailed open world that is definitely worth exploring alongside a great story. 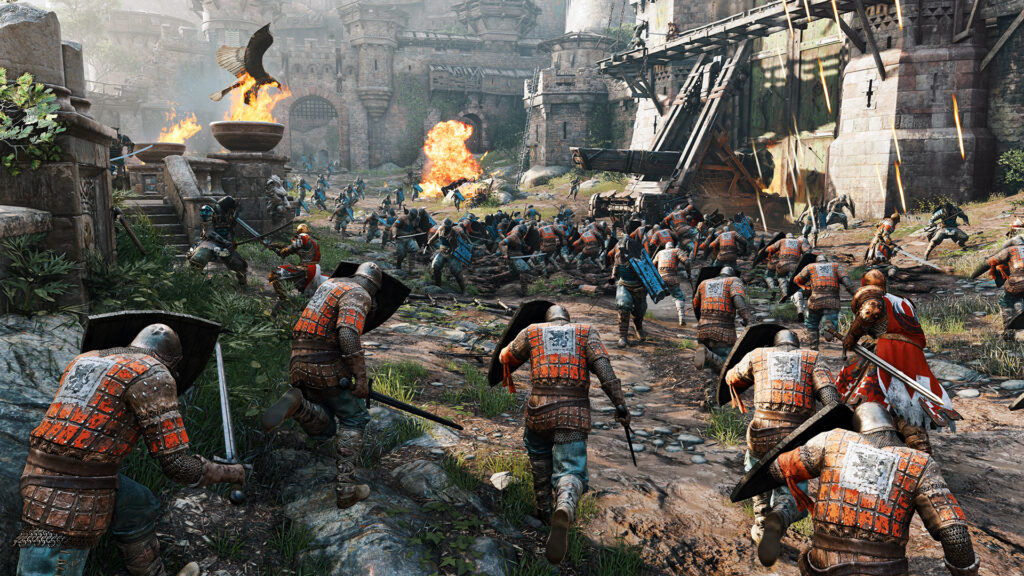 For Honor is another intense PvP experience from Ubisoft. Unlike Rainbow Six Siege’s gunplay, For Honor features competitive melee combat. The game has a huge roster of heroes that come with unique weapons, moves, and strengths. You can play online against players across the globe to test your might. For Honor also has a PvE campaign, but that isn’t the best draw for this game. Players generally play For Honor for its competitive PvP experience. 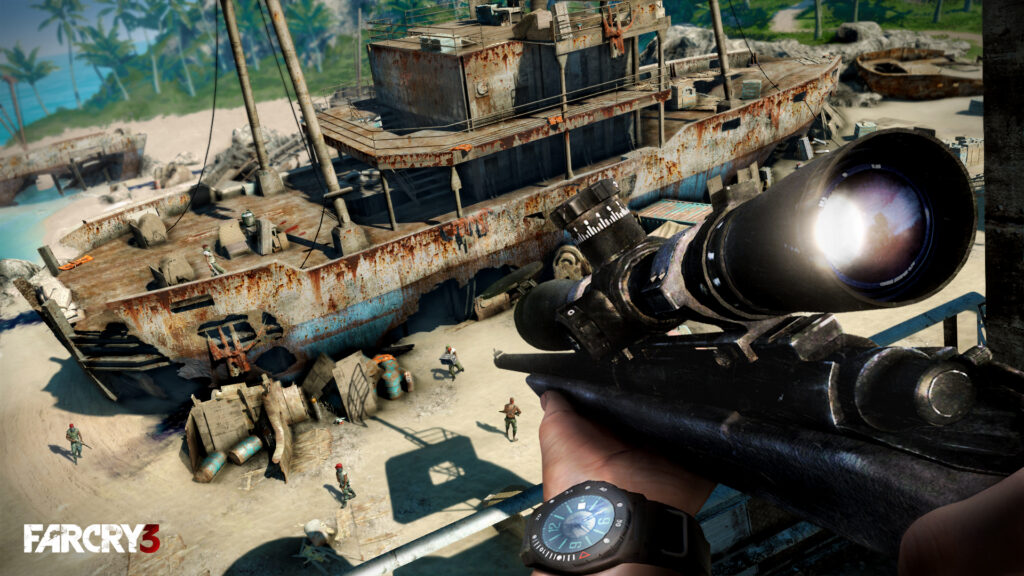 Far Cry 3 is an iconic entry in the Far Cry series, which introduced several new fans to the franchise. The massive and beautiful open world is filled with mountain ranges, towns, temples, ports, beaches, grasslands, and more. You will also encounter several enemies, exotic animals, and mini-games in Far Cry 3. The combat experience is pretty solid, thanks to the great gunplay. You can also stealthily approach enemies and take them down at close range. Besides these, Far Cry 3 has an incredible story with a huge cast of strange and interesting characters. 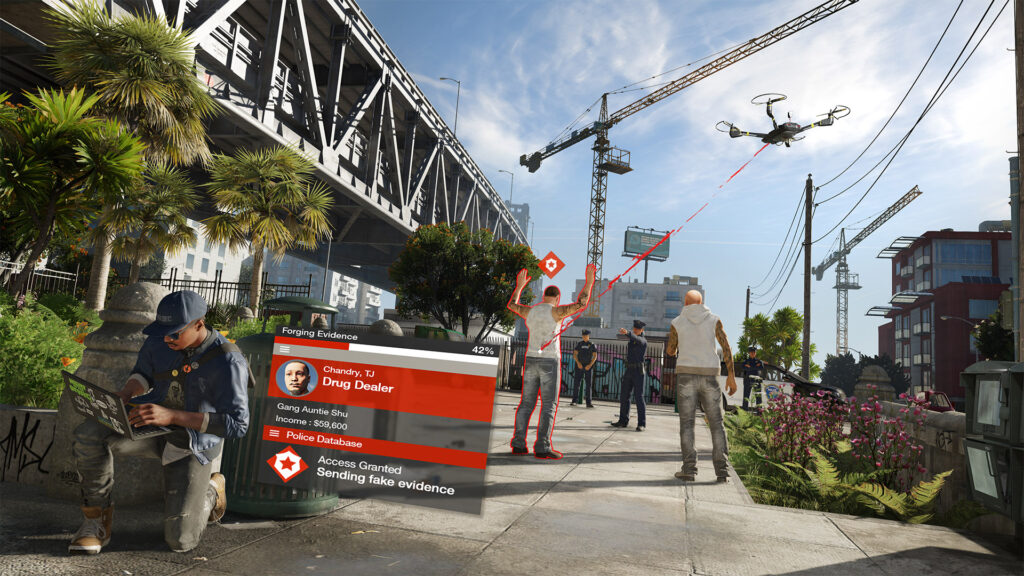 The Watch Dogs sequel follows Marcus Holloway, a young hacker in the San Francisco Bay Area. Marcus teams up with Deadsec, a notorious group of hackers who are on a mission to execute the biggest hack in history to take down ctOS 2.0. The game has a huge and detailed open world that will remind you of GTA 5. While the gunplay isn’t the best, hacking abilities in Watch Dogs 2 makes the combat feel quite interesting. You can also play the game in co-op with your friends to complete various missions and objectives.