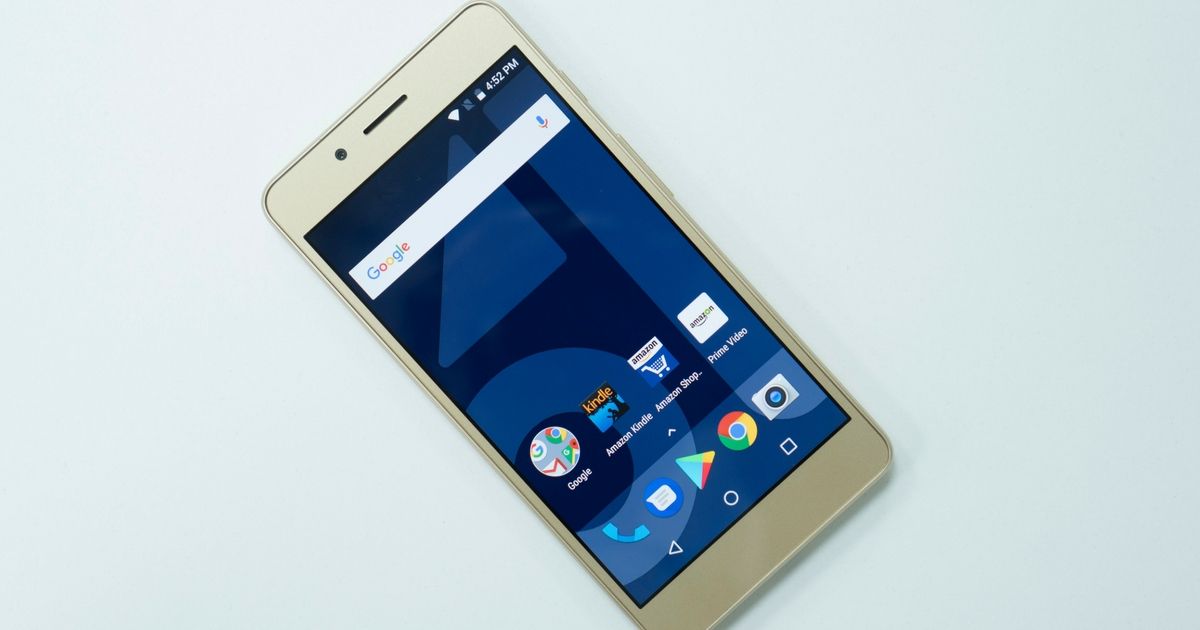 “The 10.0r D is the first device to be launched under the Crafted for Amazon programme”

Just last month, Flipkart dipped its toe into the highly competitive Indian smartphone market with Capture+ (first impressions). With over 10 years of experience of Indian market and consumer behaviour backing it, let’s just say that the debut launch from the brand ticked almost all the right boxes. Suffice it to say that Flipkart blazed a trail, as now its arch rival – Amazon India has joined hands with 10.or (pronounced as Tenor) to launch the first ever ‘Crafted for Amazon’ smartphone in the form of the 10.or D. While the handset itself doesn’t compete directly with Flipkart’s Billion Capture+ as they are both placed in different price brackets, the rivalry between the brands does come into the play somewhat. The 10.or D is more in the league of the recently-launched Xiaomi Redmi 5A (review). Launched recently, the 10.or D landed at our doorstep and here are our first impressions of the device. 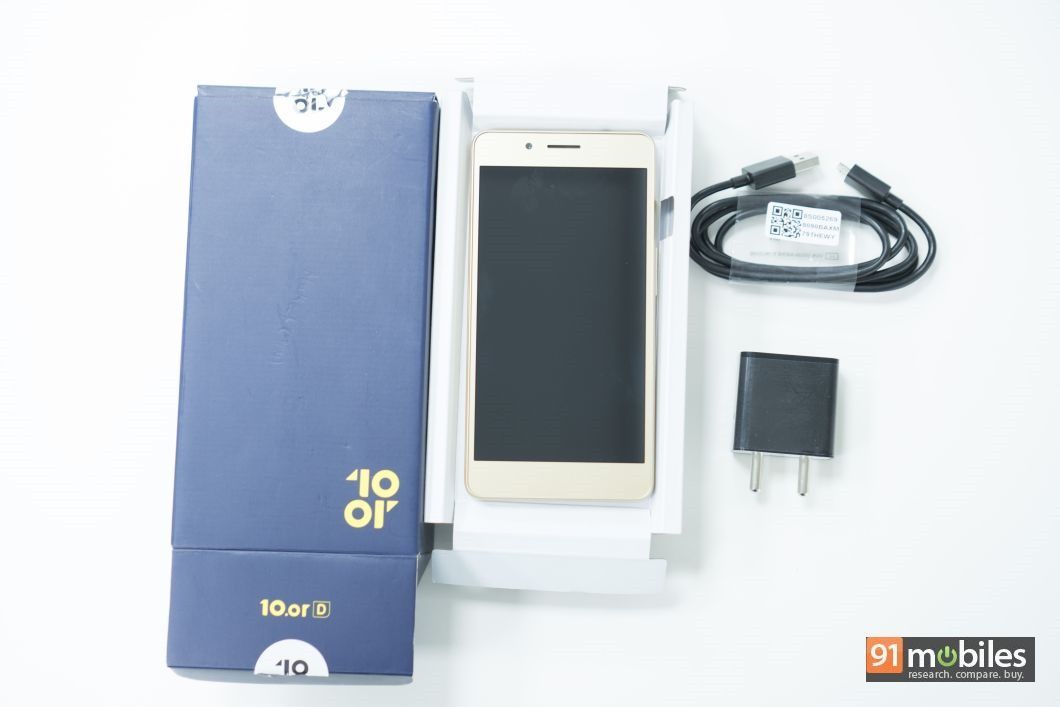 Starting with the packaging of the phone, the colour scheme and branding on the box is the same as the previous 10.or devices, but the box is no longer the usual cardboard box with a slide out top. It’s now a hard paper box with flaps on the top and bottom. In the box itself, you get the 10.or D phone, a SIM ejector tool, documentation, charger and a micro-USB cable.  In a nutshell, the packaging of the phone is nothing out of ordinary and given the price tag, we think that is forgivable. 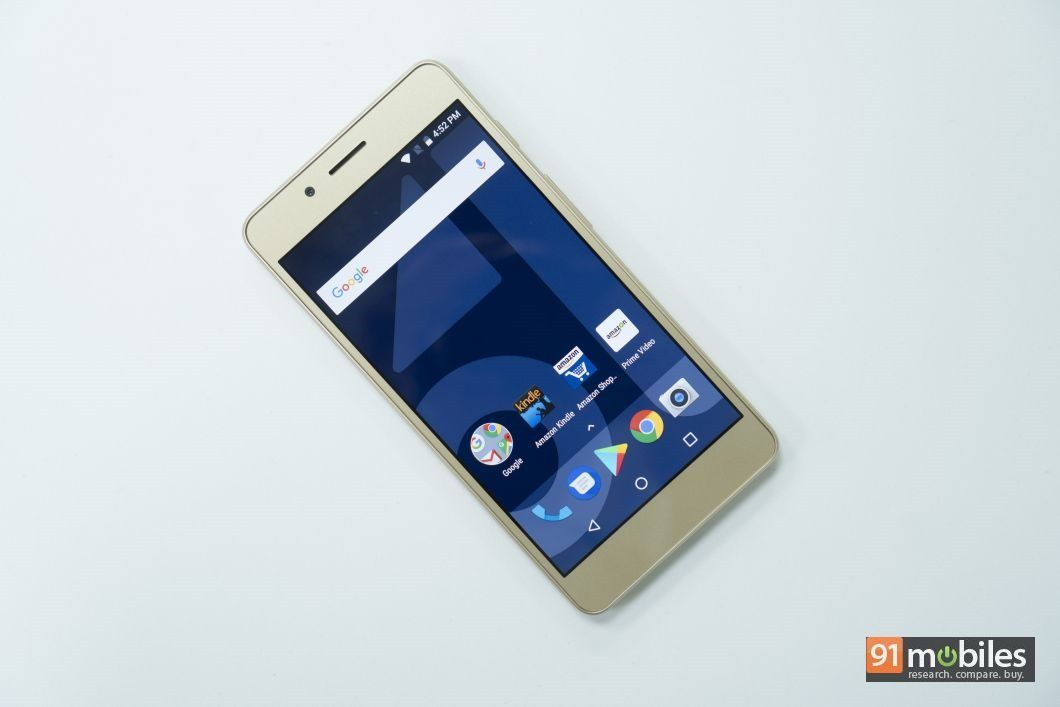 Coming to the phone, the 10.or D has a polycarbonate body but feels pretty solid in the hand owing to its unibody design. As for the aesthetics, the handset looks identical to the 10.or E that was launched back in September. The volume and power buttons sit on the right edge, hybrid SIM slot on left edge, micro-USB port at the bottom and 3.5mm audio jack on the top. Flip it 180 degrees on the axis and you are greeted by the 13-megapixel camera module with LED flash, fingerprint scanner (promising 0.7 seconds unlock response), 10.or branding and loudspeaker grille in a single file across the middle of the rear panel.

Moving on to the front panel, there is a 5.2-inch display with HD resolution with nothing on the chin and a 5-megapixel selfie shooter with the earpiece on the top. There are no capacitive buttons (onscreen soft keys have replaced them) and no ambient light sensor. Yes, unfortunately there is no ambient light sensor or proximity sensor, which means there is no auto brightness and the display doesn’t turn off when on a call. These missing features are big negatives, and there’s a good chance of accidentally ending calls when the phone is pressed against the cheek.

Speaking of the display, the legibility was pretty good in all lighting conditions and the text was sharp. However, the yellowish tinge that plagues most budget smartphones at this price is present on the 10.or D as well. This brings us to the interface of the handset. The 10.or D comes with Android 7.1.2 Nougat in its stock iteration with a promised update to Android Oreo in the near future.

While stock Android is usually devoid of any sort of bloatware, with 10.or D, Amazon India has taken the liberty to load its own suite of apps – Amazon Kindle, Amazon Shopping and Prime Video, which cannot be uninstalled. Not only is there a dedicated Amazon widget on the homescreen, the handset also asks you to set up your Amazon account the very first time when you boot the device. While this can be skipped and widget removed, Amazon has integrated a dedicated section for itself in the settings menu that you have to live with. 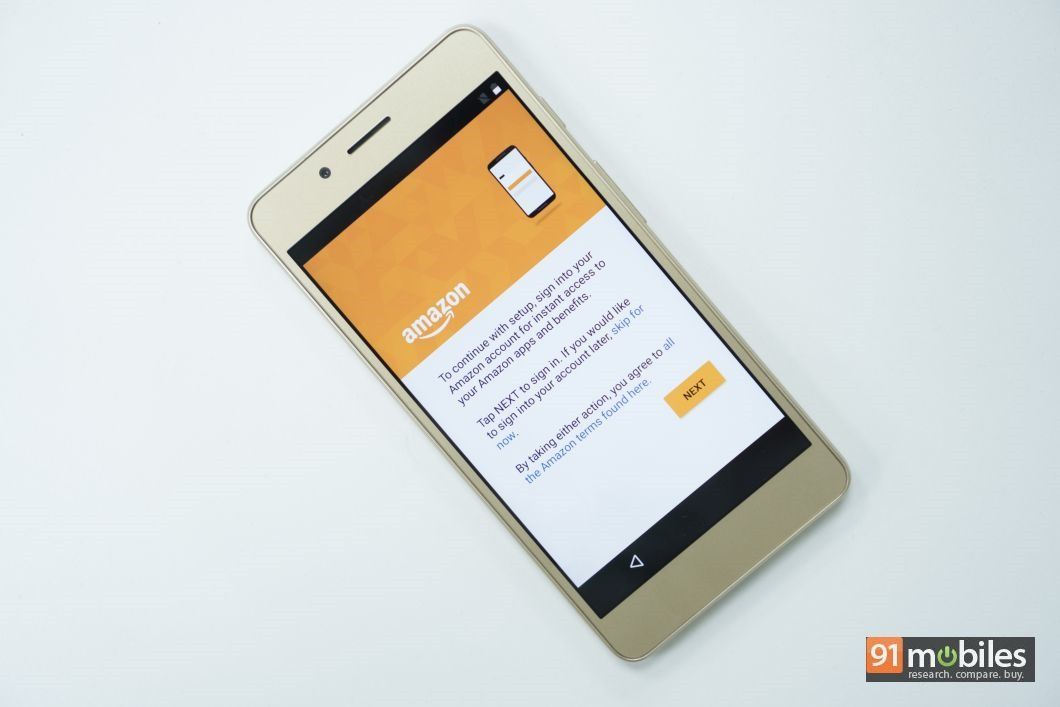 In our short stint with the budget phone, the handset performed, jumped between apps and handled animations pretty smoothly thanks to the 1.4GHz Qualcomm Snapdragon 425 processor with Adreno 308 GPU ticking at its core. Our review unit is the 3GB variant with 32GB storage, of which around 23GB is available to the user. 10.or is also offering the smartphone in 2GB + 16GB configuration.

On the camera front, there is a 13-megapixel primary shooter and a 5-megapixel selfie snapper as mentioned before. The camera UI is pretty simple and there are different modes including Auto, HDR, Portrait, Landscape, Flowers and some general filters to play with. While the rear camera captures decent pictures, the selfie snapper leaves much to be desired. On the power front, the phone is backed by a 3,500mAh battery that has been rated to deliver up to 70 hours of music playback time, up to 25 hours of talk time and up to 10 hours of web browsing.

In a nutshell, while the 10.or D has been priced competitively and goes up against the Redmi 5A, it seems to be an incomplete offering. The missing proximity and ambient light sensors are huge deal breakers and at first glance, the handset fails to impress us. However, the stock Android, assured Oreo update and fingerprint scanner are definitely pros in our book. The Redmi 5A, on the other hand, misses out on stock Android and won’t get the Oreo update until later next year but comes as a complete package. Additionally, the extensive service network of Xiaomi in India works in its favour. What are your thoughts on these smartphones? Considering that both the D and Redmi 5A are priced exactly the same, which one would you rather pick? Let us know in the comment box below.