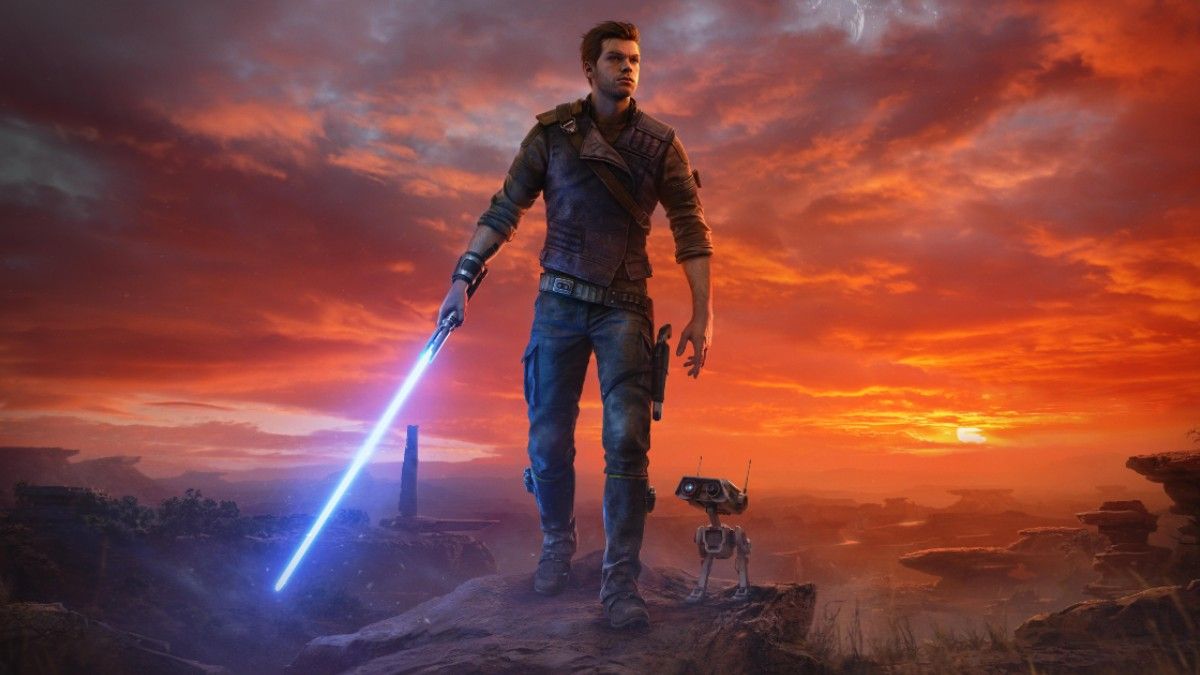 The Game Awards 2022 featured a lot of game reveals and updates about existing and upcoming games, just like every year. This year’s event showcased trailers of much-awaited games like Death Stranding 2, Star Wars Jedi: Survivor, Diablo 4, Street Fighter 6, Tekken 8, and many more. There were many surprise announcements as well, out of which the best one is Hades 2. Besides these, Sony revealed that PlayStation exclusives The Last of Us Part 1 and Returnal are coming to PC soon. Check out all the major reveals from The Game Awards 2022:

Elden Ring developer FromSoftware has revealed its upcoming title Armored Core VI: Fires of Rubicon with a new trailer. The trailer shows off huge robots fighting against each other in a large desolate world. There aren’t really any details about the game yet, but it will be releasing sometime in 2023. FromSoftware will share more details about Armored Core VI: Fires of Rubicon in the coming months.

The critically acclaimed and fan-favourite Hades is getting a sequel. Supergiant announced Hades 2 that is set in the same world as the original, with a new protagonist and a familiar roguelike gameplay experience. The reveal trailer also showed off some of the gameplay from Hades 2, which looks pretty exciting. While the release date and platforms aren’t revealed yet, Hades 2 will be available via early access in 2023.

Hideo Kojima’s Death Stranding 2 was officially revealed at The Game Awards 2022. The reveal trailer offered an extended look some of the story elements and the open world, along with a glimpse at Sam Bridges, Fragile, and some enemies. Unfortunately, there was no gameplay shown off in the trailer. Besides these, no other details regarding the release date of Death Stranding 2. Kojima will be sharing more details about the upcoming sequel soon.

Respawn showed off a new trailer for Star Wars Jedi: Survivor, which confirmed the previously leaked release date of March 17th, 2023. The trailer also shows off some of the gameplay from the sequel including combat, traversal, and abilities of Cal Kestis. The game’s story picks up five years after the events of Fallen Order and Cal has become a much stronger Jedi Knight. However, the Empire has grown powerful as well and it will challenge Cal on his journey.

Blizzard has officially announced the release date of the much-anticipated Diablo 4. Diablo 4 is set to release on June 6th, 2023 for PC, PS5, PS4, Xbox Series X|S, and Xbox One. The game will get a public beta sometime before the release. Diablo 4 will feature five character classes including Sorceress, Barbarian, Druid, Rogue, and Necromancer alongside great customizability for characters as well as armour.

The much-awaited Street Fighter 6 is set to release on June 2nd, 2023 for PC, PS5, PS4, and Xbox Series X|S. Capcom revealed the release date with a new trailer that shows off some minigames and characters like Marisa, Manon, JP, and Dee Jay. The game will feature the iconic fighting experience from Street Fighter series with a huge roster of characters that come with unique moves. Just like the previous games, Street Fighter 6 will be part of many fighting esports tournaments.

Suicide Squad: Kill the Justice League has finally got a new release date. The game will be launching on May 26th, 2023 for PC, PS5, and Xbox Series X|S. The Game Awards paid tribute to the late Kevin Conroy, who is the voice actor for Batman in Suicide Squad. Conroy had voiced Batman in Arkham games as well as the 1990s Batman animated series. The new trailer also shows some cinematic story from the game alongside the Batman reveal.

Tekken 8 got a new trailer at The Game Awards, featuring the mother of Jin Kazama, Jun Kamaza. Jun will be returning as a playable character in Tekken 8 after she seemingly died in Tekken 2. The new Tekken 8 trailer also offered a glimpse at some of the combat and new versions of Jack-8, Paul, King, Marshal Law, and King. Unfortunately, Bandai Namco hasn’t shared the Tekken 8 release date yet, but it is expected to release sometime in 2023.

The Lords of the Fallen gets first gameplay trailer

The Lords of the Fallen reboot takes place 1,000 years after the original, which released in 2016. The game is a challenging soulslike RPG that is set in a dark fantasy world five times bigger than the original. The gameplay trailer focuses on some of the elements from its environment and offers a glimpse at the challenging combat experience. The Lords of the Fallen will be coming to PC, PS5, and Xbox Series X|S soon.

PlayStation exclusives Returnal and The Last of Us Part 1 are coming to PC. Returnal will be launching on PC in early 2023 and it will join other former PlayStation exclusives on PC such as Marvel’s Spider-Man, Uncharted: Legacy of Thieves Collection, God of War, and others. The trailer showed off some of the gameplay from Returnal, focusing on the core gameplay loop.

Gearbox and Gunfire Games have announced the Remnant sequel, which will be a brand-new looter shooter. The game will be launching for PC, PS5, and Xbox Series X|S in 2023. Just like the original, Remnant 2 will be a three-person co-op shooter with dangerous realms, bosses, and enemies, as well as epic loot. Gearbox will announce more details about Remnant 2 in the coming months.

Cyberpunk 2077’s upcoming expansion Phantom Liberty got a new teaser. The new expansion will feature Idris Elba as one of the main characters. While the exact release date of Phantom Liberty isn’t revealed yet, it will launch sometime in 2023. After a horrible launch, CD Projekt Red has managed to bring back a major chunk of Cyberpunk 2077 player base by fixing all the bugs. Many fans are now eagerly waiting for the upcoming expansion.

Besides these, Forspoken demo is now available on PlayStation, and Destiny 2’s upcoming expansion Lightfall got a new trailer. The Game Awards also showcased Dune Awakening, Crash Team Rumble, Warhammer 40,000: Space Marine 2, Hellboy game adaptation, a Super Mario Bros. movie clip, and more. You can check out all the announcements on The Game Awards official YouTube channel as well as watch the whole event here.