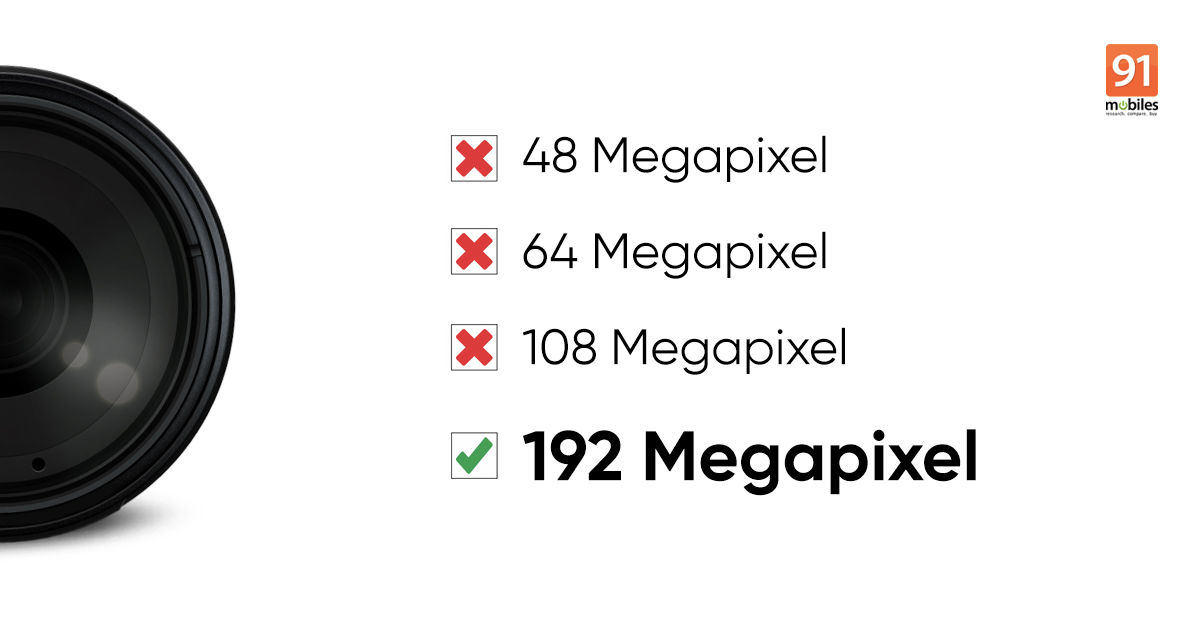 You’ve seen 48MP sensors, 64MP sensors, and even a 108MP sensor. Now prepare yourself for a mind-boggling 192MP sensor camera smartphone that is likely to be unveiled next month in China. The race to higher pixel count in sensors is one that had been kickstarted early last year and has morphed into a spec war between different OEMs. However, only Xiaomi and Samsung currently have a smartphone packing in a 108MP sensor, a camera feat that felt quite unimaginable just two years back.

The information comes courtesy of Digital Chat Station, which has claimed that this unnamed smartphone will be powered by the Snapdragon 765G and also have a 192MP camera sensor. If the report is true then it will be the first smartphone with such a high-resolution sensor. The presence of a mid-range chipset means that the phone will not be flagship-grade. The Mi Note 10 was such a phone from Xiaomi offering the world’s first commercially available 108MP camera system but only a Snapdragon 730G to power it.

This smartphone is expected to be announced next month although the name of the OEM is still in the air. It does seem plausible that one of the Chinese giants like OPPO, Vivo or Xiaomi will unveil this device. However, your guess is as good as ours. LG has been touted to reveal a Snapdragon 765 phone next month but it would be slightly far-reaching to assume that the company will be the first to reveal a 192MP sensor.