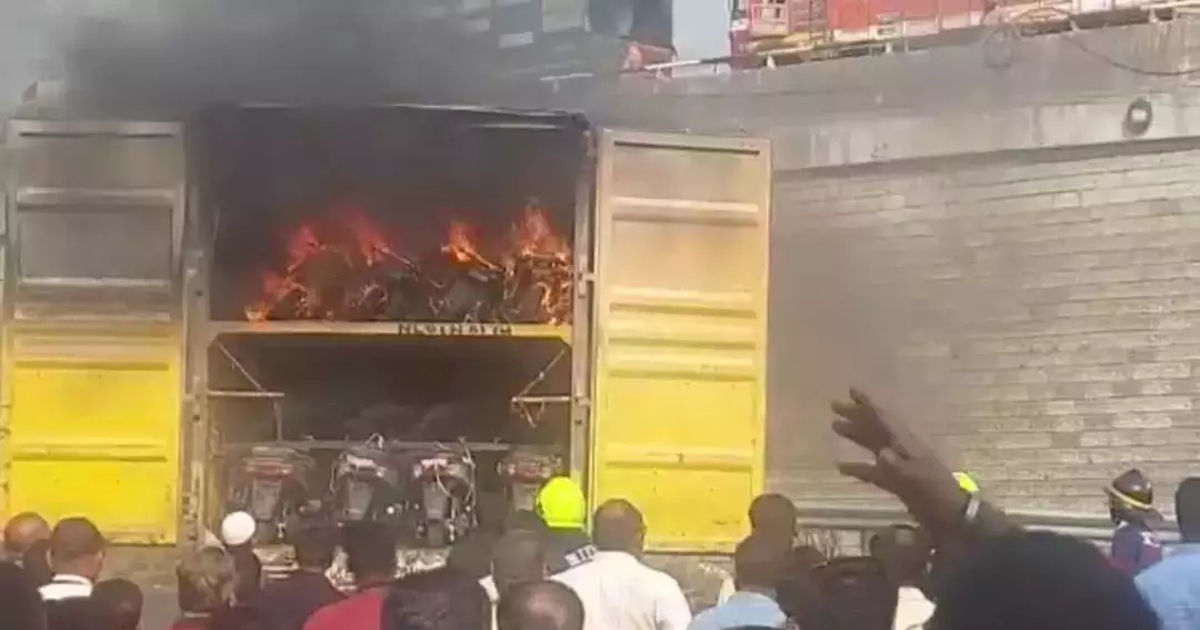 As many as 20 electric scooters of Jitendra EV caught fire after being loaded in a transport container near the Nashik factory of the company on Saturday. The incident was confirmed by Jitendra EV, and no injuries were reported. There were originally 40 scooters in the container, with those in the upper tier catching fire.

The incident occurred on April 9th while the scooters were being transported to Bengaluru. The company has acknowledged the incident and said it is conducting an investigation to find out the cause of the fire.

It started out as random & sporadic but now cases of #ElectricVehicles on fire are surfacing with increasing frequency. Just as I had feared.
Last Saturday, 20 #electricscooters from #JitendraEV were gutted near Nashik in a trailer.
It’ll get worse before it gets better.#EV pic.twitter.com/2G5ZFXqBfn

Jitendra Electric Vehicles had loaded a container with a total of 40 electric scooters at its Nasik factory. It appears 20 scooters in the upper tier have caught fire. No one was reportedly injured in the incident.

“An unfortunate incident took place on 9th April near our factory gate in a scooter transport container. The situation was immediately brought under control by a timely intervention from our team. Safety being of prime importance, we are investigating the root cause and we will come up with the findings in the coming days,” the company has said in a statement to ET Auto.

This is the fifth reported incident of electric scooters catching fire since the onset of summer in India. It started with Ola S1 Pro in Pune on March 26th and then on the same day, an Okinawa scooter’s battery caught fire which led to the death of a man and his 13-year-old daughter in Vellore. There was also the case of PureEV catching fire in Tamil Nadu.

These incidents have started a discussion on the safety and durability of electric vehicles sold across the country. The Road Transport Ministry has asked the Centre for Fire Explosive and Environment Safety (CFEES) to investigate the cause of the fire and submit a report by the end of this month. Ather CEO Tarun Mehta opined that battery packs of these electric scooters are imported and not designed for Indian weather conditions.