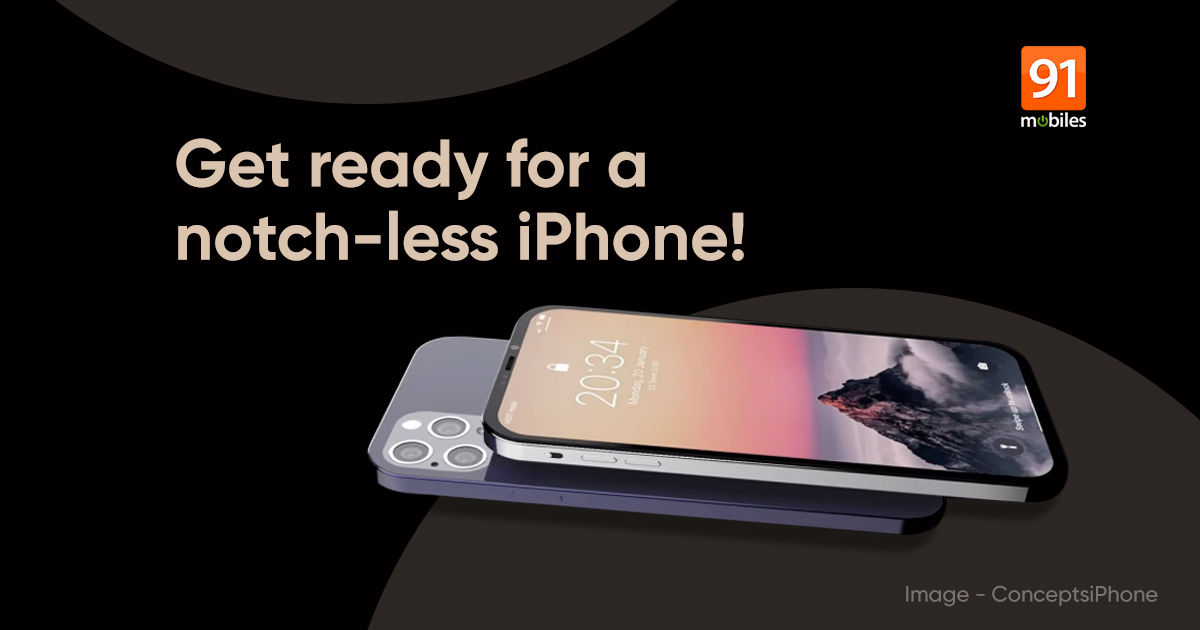 Apple’s 2023 iPhone line-up could feature massive design changes, according to a new report by Ming-Chi Kuo. He believes that Apple will finally get rid of the notch and instead opt for an in-display FaceID system. The 2022 iPhones or iPhone 13 models could feature hole-punch cutouts or a smaller notch, but the next year things are going to be very different. Apart from that, the iPhones could also see much-improved cameras and even a periscope-style telephoto sensor for better optical zoom.

Kuo believes that Apple will be ready to implement the in-display Face ID biometrics technology in the 2023 line-up of iPhones, which may be called iPhone 14. If this happens, then it’ll be the second major design change after the iPhone 5 like flat design that Apple adopted for the iPhone 12 series. The new design for 2023 could see Apple going away from the ugly notch that featured with the iPhone X. Apple has already started to reduce the size of the notch, as per our exclusive iPhone 13 Pro renders.

The 2023 iPhone will feature slimmer bezels, no notch, and no camera cutout. Apart from this design change, which will be welcomed by most iPhone users, the iPhone may also get an improved telephoto camera. According to Kuo, the iPhone line-up in 2023, at least the Pro variants, will get a periscope style telephoto sensor that’s currently seen in most high-end Android phones. This will improve the zoom performance on the new iPhones, enabling them to go higher than 2x in terms of optical zoom.

Most recently, another report from Kuo had detailed expectations for the iPhone 14, which is slated to arrive next year. The line-up will also see camera improvements with Apple using a 48-megapixel sensor instead of the current 12-megapixel unit. Apple is also said to discontinue the mini variant with the iPhone 14 series.