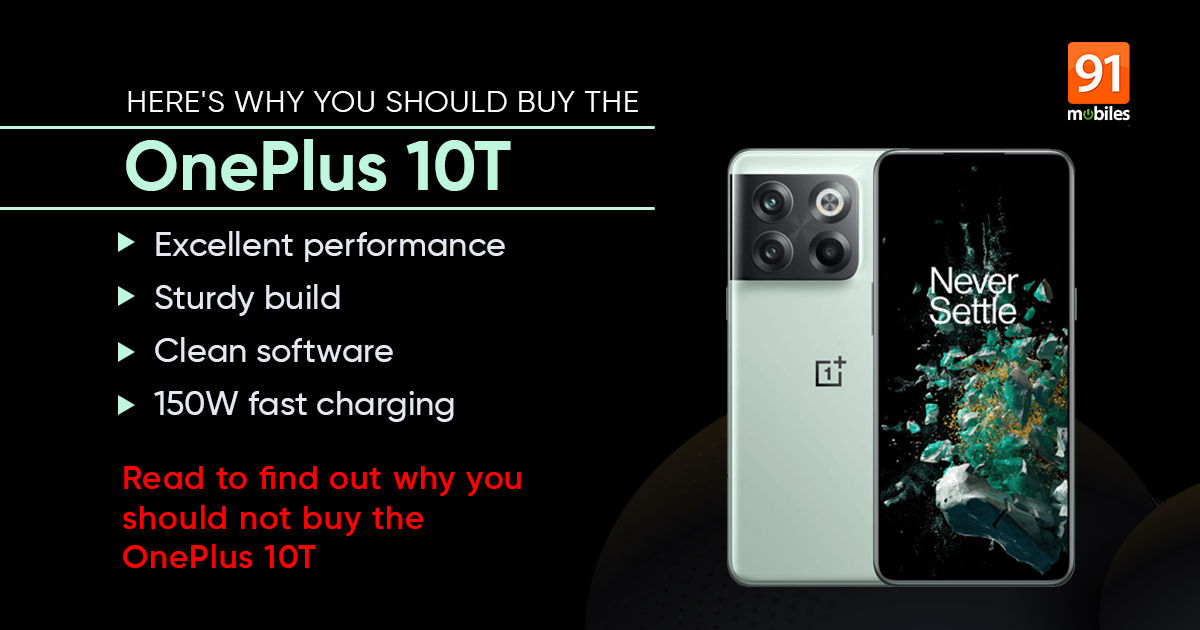 OnePlus 10T launched in India last week as the premium flagship offering from the brand. It is one of the first to ship with the Qualcomm Snapdragon 8+ Gen1 chipset and 150W fast charging speed. The SoC on the phone is similar to the standard Snapdragon 8 Gen1 but with slight improvements to the clock speed. Most importantly, the chipset is made by TSMC instead of Samsung and this should reduce the heating and throttling issues significantly. Beyond the chipset, the OnePlus 10T packs in all the perks of a flagship phone.

The OnePlus 10T has a 120Hz Fluid AMOLED display, 50MP primary camera on the back, a considerably large 4800mAh battery, and up to 16GB RAM option as well. We have reviewed the phone and found it to be a very good option in the segment. Here’s a story that covers the reasons to buy and not buy the OnePlus 10T.

Reasons to buy and not buy the OnePlus 10T

4 Reasons to buy the OnePlus 10T 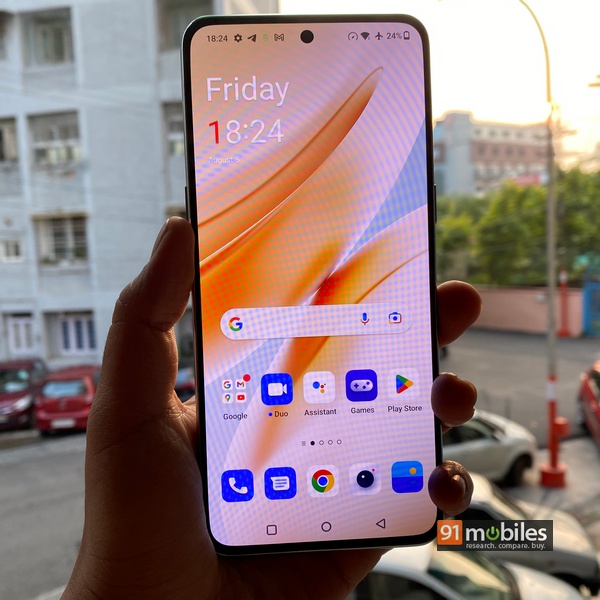 Performance: As said, the OnePlus 10T is powered by the Qualcomm Snapdragon 8+ Gen1 chipset with an Adreno GPU, up to 16GB RAM and 256GB internal storage that is not further expandable. The chipset offers supreme performance whatever you wish to do. Everything just flies right from the word go.

Apps stay in memory regardless of how many are open in the background, switching between the apps is also smooth and there’s barely any lag. The 120Hz refresh rate is an eye feast when scrolling through the UI or playing high-intense games. 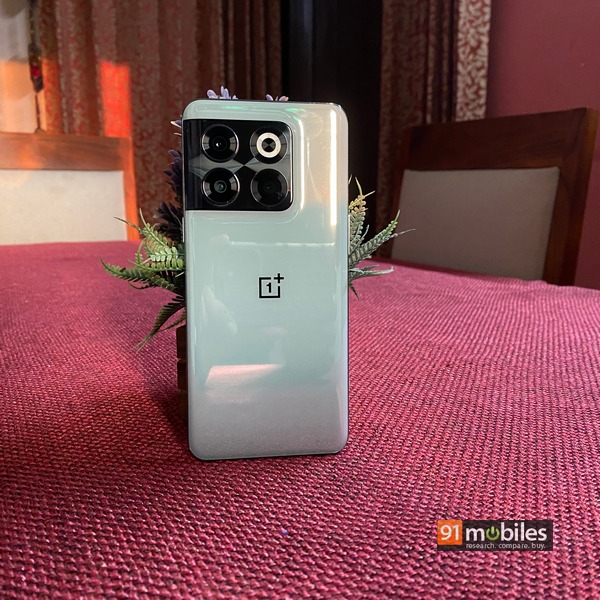 Sturdy design: The OnePlus 10T design doesn’t feel all that different from the OnePlus 10 Pro or the OnePlus 10R. However, the rear camera module is part of the back panel instead of a separate piece of ceramic but the paint job makes it look separated. The OnePlus 10T has a premium design with glass both on the front and back and the side frame is made of plastic, probably to keep the weight down.

The back panel has a glossy finish instead of matte like on the OnePlus 10 Pro. The left side houses the volume rocker while the power button is on the right edge. There’s no alert slider, probably to give more room for the battery and charging speed. The bottom portion houses the speaker grille, USB Type-C port and SIM tray section. On whole, the build quality is top-notch despite shortcomings like a plastic frame.

Clean software: The OnePlus 10T runs on Android 12-based OxygenOS 12 custom skin out of the box. The UI is as clean as it can get with no bloatware apps and no pesky advertisements that hamper the user experience. The company has already confirmed the phone will get an Android 13-based OxygenOS 13 custom skin update soon.

2 reasons not to buy the OnePlus 10T 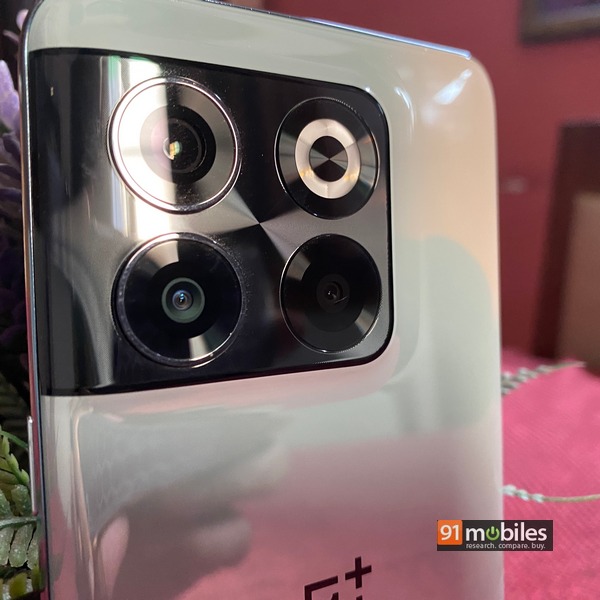 Camera hardware: Our review notes the OnePlus 10T camera hardware can be improved. The 50MP Sony IMX766 sensor, which is present even on slightly lower-priced phones, can click good photos provided there is ample lighting in the surroundings. While the details are preserved in the images, the images appear a tad oversaturated. This might be a let-down for those wanting naturally accurate photos.

The secondary 8MP ultra-wide-angle camera does not bring out a significant amount of detail in its shots. It just does the job. Lastly, the 2MP macro sensor does nothing out of the box except for bringing the total camera tally to 3.

No alert slider: OnePlus phones are historically popular for their clean software experience, faster-charging speeds, and immersive display. Most importantly, the alert slider is very famous as it’s easy to access to enable/disable silent mode on the phones. However, the OnePlus 10T doesn’t ship with the alert slider. OnePlus says that this is to accommodate a slightly larger battery capacity.