91mobiles.com
Home Feature 48MP smartphone cameras explained: the technology, its past and the future 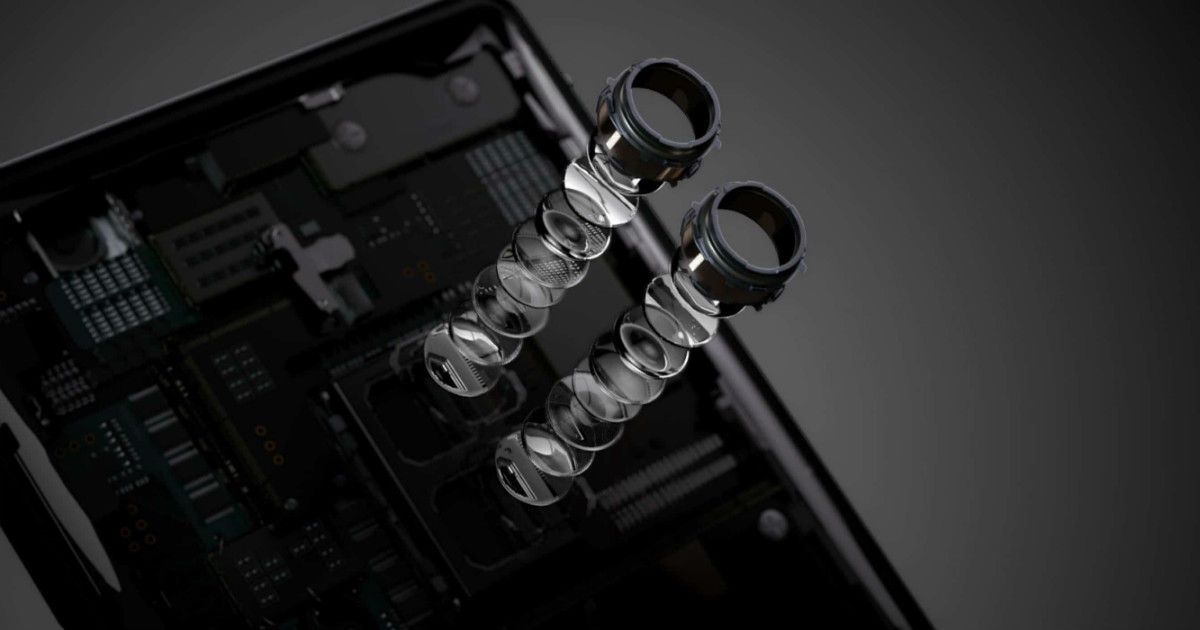 Every year, some of the most interesting innovations in the realm of technology are centred around the smartphone. Possibly the greatest tool handed over to mankind since the invention of the internet, smartphones offer an endless vista of possibilities, and of late, the phone camera has become pivotal to how we lead our everyday lives.

For the longest time, smartphone cameras have been stifled in terms of progress by a bunch of engineering limitations, and that, in turn, has restricted the possibility of what these multifunction gadgets can achieve when it comes to photography. In recent times however, this has begun to change, and every single person that had predicted that conventional cameras would become redundant soon, is being vindicated. Case in point — the next-generation 48-megapixel mobile imaging sensors.

Not just about resolution

By now, we are long past the notion of a camera’s megapixel count certifying its quality. As the market grew and matured, we soon learnt how the maximum output resolution of an image sensor is not an empirical deciding factor in terms of how it actually performs in the real world. It would hence be natural to turn away from the headline-stealing act of a 48-megapixel smartphone camera sensor, stating that it does not quite guarantee much, right? Except, it does.

For context, let’s take into account the enigmatic Nokia 808 PureView from nearly seven years ago. Widely acknowledged as a revolutionary smartphone camera, it’s a bit of a pity that the technology did not quite take off back then, since it was way ahead of its time. However, contrary to popular belief, the Nokia 808 PureView’s snapper was much more than just its megapixel count, and to understand how and why the present crop of high resolution, large mobile camera sensors is important, it’s crucial to understand what the 808 PureView brought to the table.

To begin with, it had a massive sensor — a 1/1.2″-type CMOS sensor with a crop factor of 3.2x. For reference, most mainstream smartphone cameras (and even some point-and-shoot compact cameras) today use 1/2.3″-type sensors, with a 5.6x crop factor. Even the new 48MP sensors, the Sony IMX586 and Samsung ISOCELL GM1 are 1/2″-type, with a higher crop factor. We will explain the importance of the sensor size and crop factors in the next segment. Furthermore, the sensor on the Nokia 808 PureView came with pixel oversampling, a crucial technology that can do wonders to a smartphone camera. Lastly, the optics — this sensor was paired with a Carl Zeiss, 1 group, all aspherical lens to minimise optical aberrations. This, in many ways, allowed the smartphone to execute results similar to the clarity of an optical zoom.

While the latest sensors from Sony and Samsung are indeed better, the very basis of this technology has come from the principles set by the Nokia 808 PureView. Read on to find out how.

Simply put, a larger image sensor provides more area for light to fall on. As a result, if you are shooting with a camera that has a larger overall sensor size than your compatriot’s, it will simply capture more light, and in turn, more information about the subject of your photograph and its surroundings. The greatest advantage here comes into play in low-light conditions, where a larger sensor can simply ‘see’ more than a smaller one. As a result, you get visibly superior images in dim light, and crisper textures and better overall colour details.

The second factor to consider when it comes to sensor size is crop factor. In essence, the crop factor of a sensor is simply the number of times that the optical focal length is cropped to get the effective focal length as per the size of the sensor. The reference point is a 35mm full-frame sensor, which is what professional cameras employ. The smaller your camera’s sensor is, the higher is its crop factor, and accordingly, lower is the amount of detail that you will be able to extract from an image when you crop into a photograph, or the sensor area.

These two factors combined play a big role in today’s 48MP sensors. The new generation of high-resolution sensors are larger in size than a conventional mobile camera sensor, and going forward, larger mobile camera sensors are on their way to improve the overall low-light performance. Furthermore, a lesser crop factor automatically gives you more room to crop into a frame, and the very high resolution of the sensor means that you can essentially crop into the sensor’s area and still extract a high-resolution photograph, without the subject(s) appearing pixelated. What this essentially does, is give smartphones with such high-res sensors the ability to ‘zoom’ onto a subject without employing telephoto lenses and without degrading image quality significantly, similar to what optical zoom can achieve.

What Nokia did with pixel oversampling is similar, but not as sophisticated in comparison to what Sony has achieved with its Quad Bayer pixel array in its 48MP sensor. To do this, as well as include 48 million pixels into only a slightly larger sensor that can still fit in most smartphone cameras, Sony has reduced the size of the individual pixels to 0.8µm. For many, this can be puzzling, since we’ve always known that a larger pixel size leads to better detail in the captured images, as the larger pixels can capture more information.

However, what Sony does with its 48MP sensor is arrange its RGB pixel array in quad configurations, and the subsequent signal processing gives rise to the Quad Bayer pixel array. Here, four individual pixels are combined to give rise to one superpixel, which measures 1.6µm in size. These pixels are larger than what is found in the conventional smartphone sensors, and hence, capture significantly more information than a standard sensor. What this means is that by pixel binning, you get 1/4th the maximum resolution of the 48-megapixel sensor, giving you 12MP photographs. That, though, is not counter-productive, since the higher resolution sensor allows it to capture far greater levels of detail and minute colour accuracies, which in turn can significantly increase the dynamic range of a smartphone camera. In common parlance, with these 48MP sensors, you will be able to obtain 12MP photographs that are much better in detail, colour accuracy, shadows and textures than a conventional 12MP smartphone camera sensor.

With the higher pixel count, you also get the ability to zoom into a photograph, like a conventional digital zoom mechanism. However, instead of cropping into an already low-resolution sensor, you can now crop in by as much as 400 percent to obtain a 12MP photograph. This essentially gives the 48MP sensors the ability to execute results similar to 4x optical zoom, which with an otherwise standard 12MP sensor would only produce a 3MP photograph, and then lose a significant amount of detail and textures in process. In these sensors, even with pixel binning and optical zoom, while the effective image resolution at peak permitted zoom would be 3MP, it would be accompanied by much sharper texture, details and colour, at least on paper.

The reason why we referred to the Nokia 808 PureView right at the start of our story is to give you an idea of how exactly can this technology translate to real-world usage. For instance, the 808 PureView used pixel oversampling to produce up to 3MP super resolution photographs at 3.6x zoom, which in any erstwhile sensor would have produced downright deplorable results.

In the present day, with the advent of super powerful image signal processors (ISPs) embedded as co-processors with the actual processing unit of a mobile SoC, high-resolution smartphone camera sensors such as the Sony IMX586 and the Samsung ISOCELL GM1 can use the added processing power to produce any of the following:

In real life, in auto mode, this will give smartphone cameras excellent colour accuracy, white balance accuracy, details, textures, sharpness and minimal noise. It can also give you extensive manual controls — over exposure compensation, aperture (with variable aperture lenses in smartphones), white balance and ISO, hence giving you better control over what you shoot, when you need it. If you ever need it, you can obtain a 30MP+ single image file without needing to hunt around town or break term deposits for a medium format camera. At the functional best, modern day smartphones will produce excellent 12MP stills and videos at 1080p / 2160p with better motion response and all the attributes already stated before. If it so happens, you also have better zoom at hand.

Unsurprisingly, it’s a battle of supremacy between Samsung and Sony again, on the image sensor front, with Omnivision and Toshiba having disappeared into oblivion long ago. The modus operandi of these sensors is pretty much the same, although the actual optical performance of the two remains to be tested. In terms of specifications, the two are near identical.

The only potential difference that we have found so far between the two sensors may lie in their peak video shooting capabilities — Sony mentions its stacked CMOS configuration in the IMX586, which it built to maximise buffer memory to produce super high frame rates in slow motion videos. Samsung, however, has not specified anything about its super slow-mo video performance, and has instead opted to focus on a more mid-range offering in the ISOCELL GD1 — bearing the same sensor size of 1.2″, and pixel binning technology (Samsung calls it Tetracell) to produce 1.6µm pixels, only with lower overall resolution of 32MP.

Sony, on the other hand, already has the IMX600 image sensor that is larger (1/1.73″-type), 4.5x crop factor (lesser than conventional sensors), packs in 40 million pixels and employs the Quad Bayer pixel array with 1.0µm pixel size to produce similar results as the new IMX586. It reportedly has a whole range of other advanced sensors in development, such as the upcoming IMX607 — with a Dual Bayer and white HDR pixel array to produce better colour data, no anti-aliasing filter and more.

While it is too early to be rolling out a verdict, it is likely that Sony has its noses slightly ahead of the competition when it comes to the new generation of sensors.

Frankly speaking, you will not be frowned up for thinking that a 48MP image sensor on a smartphone sounds a bit ridiculous. It does, but when you look at how they are being implemented, you start to realise how smartphone cameras are slowly inching towards achieving results close to dedicated point-and shoot cameras, and possibly, even basic DSLRs. In the near future, we expect computing platforms to include higher transistor densities and greater processing power in comparison to what the present list of 7nm mobile processors provide.

In the immediate future, however, the new 48MP cameras in smartphones are only getting started. They are being rolled out initially in a handful of smartphones, and as with every new technology, will certainly go through a couple of generations of refinement before being improved further. As of now, smartphones are shaping up as highly competent imaging devices for content producers that are always on the move.

In hindsight, it’s a pity that Nokia’s effort came so early that neither consumers and nor technology partners had the necessary prowess to save the iconic Finn’s decline from world domination.