91mobiles.com
Home News 5 innovative LG phones launched over the years – vote for your... 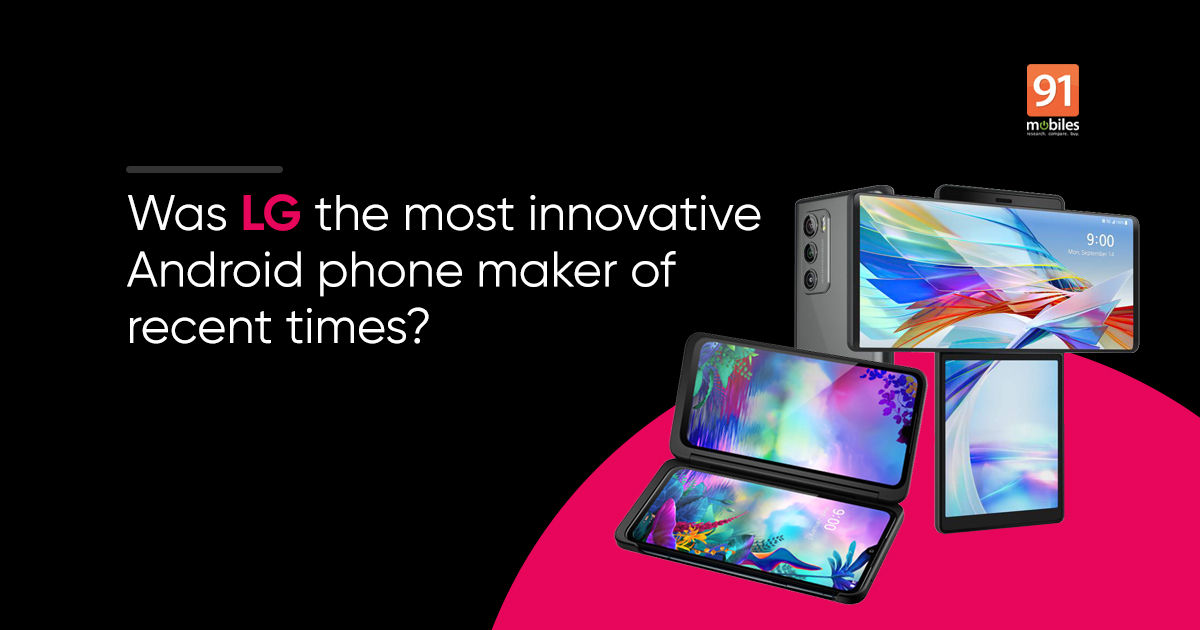 LG has finally called it quits to its smartphone business and seeing how the company struggled to make its presence felt over the year, this doesn’t come as a surprise. LG has a history of launching flagships, mid-range, and budget offerings. Though it started strong, the brand had somehow lost its way in an effort to compete with giants like Apple, Samsung, Huawei as well as aggressively priced smartphones from Chinese brands like Xiaomi, OnePlus, and Realme. LG is remembered for launching several innovative phones over the years. Sadly, it couldn’t convert them into actual sales mainly because the phones lacked the polish that one would desire after paying a premium. Here’s a quick look at the five innovative LG phones launched in the past few years.

Take a look at some of the most unique and innovative phones from LG and vote for the one you like best!

LG Wing was the latest and a truly unique phone coming from the South Korean giant. It comes with a unique secondary swivel screen and a hinge mechanism that is claimed to have been tested for 200,000 swivels. The second screen will be visible after enabling the Swivel Mode, which then rotates the main display 90-degrees in landscape mode. This will essentially allow customers to use both the screen parallelly and in new ways. However, the practical, the app compatibility on the extra display wasn’t as smooth as one would hope. 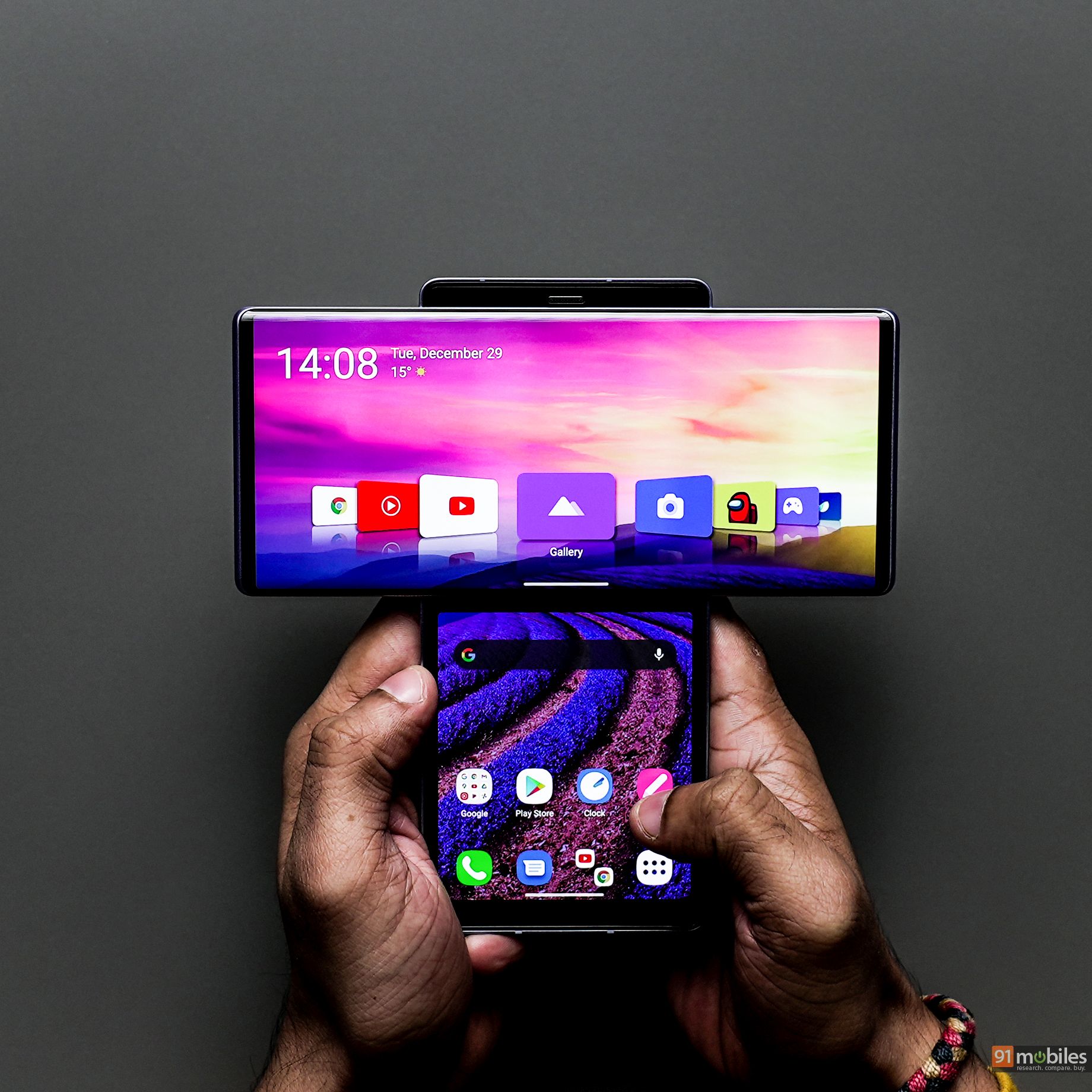 The LG Wing has a triple camera setup at the back consisting of a 64MP primary sensor, a 13MP ultra-wide-angle lens with a 117-degree field of view and OIS, and a 12MP ultra-wide Gimbal mode camera with a 120-degree view. There is a 32MP sensor on the front for selfies and video chats and an in-display fingerprint sensor for security. A 4,000mAh battery with 25W fast charging and 10w wireless charging support fuels the phone.

LG V60 and LG G8X were the company’s attempt to bring dual-screen phones to the market. They were seen as affordable alternatives to the foldable phones that were a costly affair in 2020. The phones get a second screen that plugs into the main phone and can run two apps at once. While this sounds practically productive and functional, it wasn’t a hit among the masses globally. The dual-screen wasn’t particularly appealing with its waterdrop notch and the unpolished UI implementation was yet another drawback. 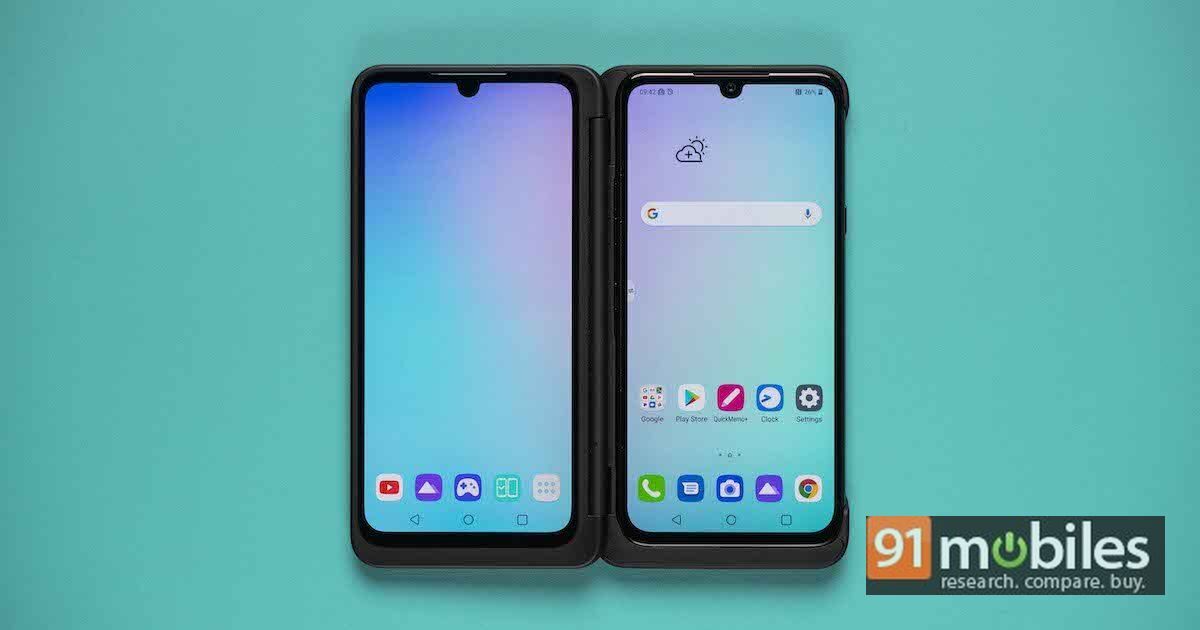 LG V60 ThinQ 5G sports a 6.8-inch OLED display with Full HD+ (2,460 x 1,080p) resolution, waterdrop notch, and 20.5:9 aspect ratio. The secondary screen has a 6.8-inch FHD+ P-OLED FullVision display with a 20.5:9 aspect ratio. It also has a 2.4-inch mono cover display on the other side to view notifications at a glance. The phone is powered by the Snapdragon 865 SoC paired with 8GB RAM and up to 256GB storage that is further expandable up to 2TB using a microSD card. LG V60 has triple cameras at the back, with a 64MP primary camera, a 13MP super-wide sensor with f/1.9 and 117-degree field-of-view, and a ToF sensor. A 5,000mAh battery with Quick Charge 4+ and wireless charging support fuels the phone.

The LG G8X ThinQ comes with a 6.4-inch FHD+ OLED panel with a tiny waterdrop notch at the top for the selfie camera and an in-display fingerprint scanner on the phone. It is powered by the Snapdragon 855 chipset paired with up to 6GB RAM and 128GB storage. It runs on Android 9.0 Pie out of the box. In terms of optics, the LG G8X has a 12MP f/1.8 primary sensor and a 13MP super-wide sensor with 136 degrees of view. There is a 32MP snapper on the front for selfies and video chats and a 4,000mAh battery with Quick Charge 3.0 support.

LG V50 was one of the first 5G-supported phones in 2019. However, that’s not all, it brings support for air hand gestures via the front-facing camera through a variety of sensors. It was supposed to track hand motion by tracking veins and perform certain actions. However, the gesture recognition wasn’t too accurate and it didn’t really add much functionality or ease of use to potential LG V50 buyers. 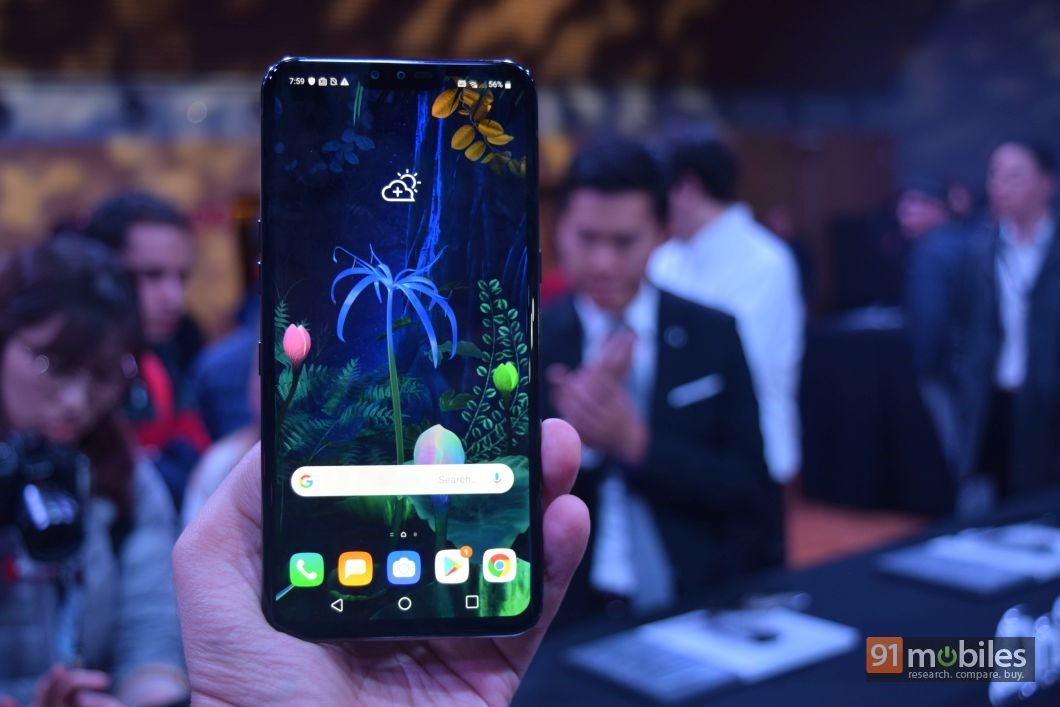 LG V50 ThinQ sports a 6.4-inch OLED FullVision QHD+ display with a 19.5:9 aspect ratio. It is powered by the Qualcomm Snapdragon 855 processor coupled with 6GB RAM and 128GB of storage. The phone runs on Android 9.0 Pie out of the box and comes with an IP68 rating for water and dust resistance and has MIL-STD 810G certification for military-grade durability. LG V50 ThinQ has three cameras on the back, with a 16MP super-wide f/1.9 primary sensor, a 12MP f/1.5 shooter, and a 12MP telephoto f/2.4 camera. There are an 8MP primary camera and a 5MP secondary snapper. A 4,000mAh battery with Quick Charge 3.0 fast charging support fuels the phone.

LG G5 comes with a modular design that allows removing the actual phone’s parts, including the battery cap. However, this wasn’t particularly as innovative as Motorola Mods and didn’t add any extra functionality to differentiate it from other phones on the market. Ultimately, the modular design failed in the commercial market. 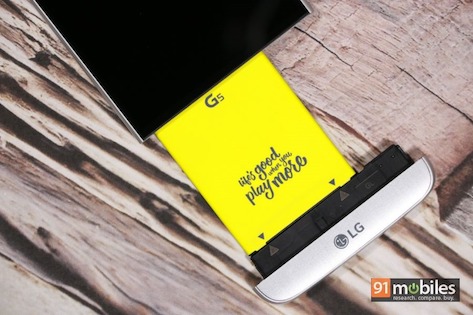 LG G5 sports a 5.3-inch QHD (2,560 x 1,440 pixels) display with an always-on display feature. It is powered by the Qualcomm Snapdragon 820 SoC paired with 4GB RAM and 32GB storage that should be further expandable. It runs on Android 6.0 Marshmallow with LG’s custom skin on top. LG G5 has a dual rear camera setup, with a 16MP 78-degree lens, and an 8MP lens with a 135-degree field of view. There is an 8MP snapper on the front for selfies and video chats. Connectivity-wise, it offers a USB Type-C port, 4G LTE with Qualcomm’s fast X12 LTE modem, NFC, Wi-Fi, Bluetooth 4.2, and A-GPS. The phone packs a 2,800mAh with Qualcomm’s Quick Charge 3.0 technology support.

LG V10 is yet another design innovation from the South Korean giant. It brings a secondary 2.1-inch display above the main screen and is dedicated to notifications and shortcuts. This apparently was supposed to keep the display clear when watching movies or playing games. However, the display was too narrow and there was no proper division between both the screens, thereby making it harder to switch between apps. 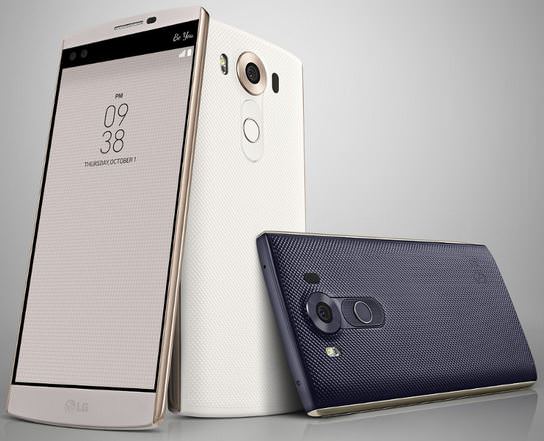 LG G10 sports a 5.7-inch quad-HD IPS Quantum main display with a pixel density of 513ppi. There is a 2.1-inch secondary screen and can be configured to be an ‘always-on display’. It is powered by the Qualcomm Snapdragon 808 Hexa-core processor with 4GB RAM and 64GB storage that is further expandable up to 2TB. The phone boots Android 5.1.1 Lollipop OS and packs a 3,000mAh battery with Qualcomm’s Quick Charge 2.0 technology. There is a 16MP rear snapper with OIS 2.0, f/1.8 aperture, an LED flash, laser autofocus, and 4K video recording. The phone houses dual 5MP sensors for selfies and video chats and a fingerprint sensor for security. Connectivity options include 4G LTE, dual-band Wi-Fi, Bluetooth 4.1, NFC, Slim Port, and A-GPS.