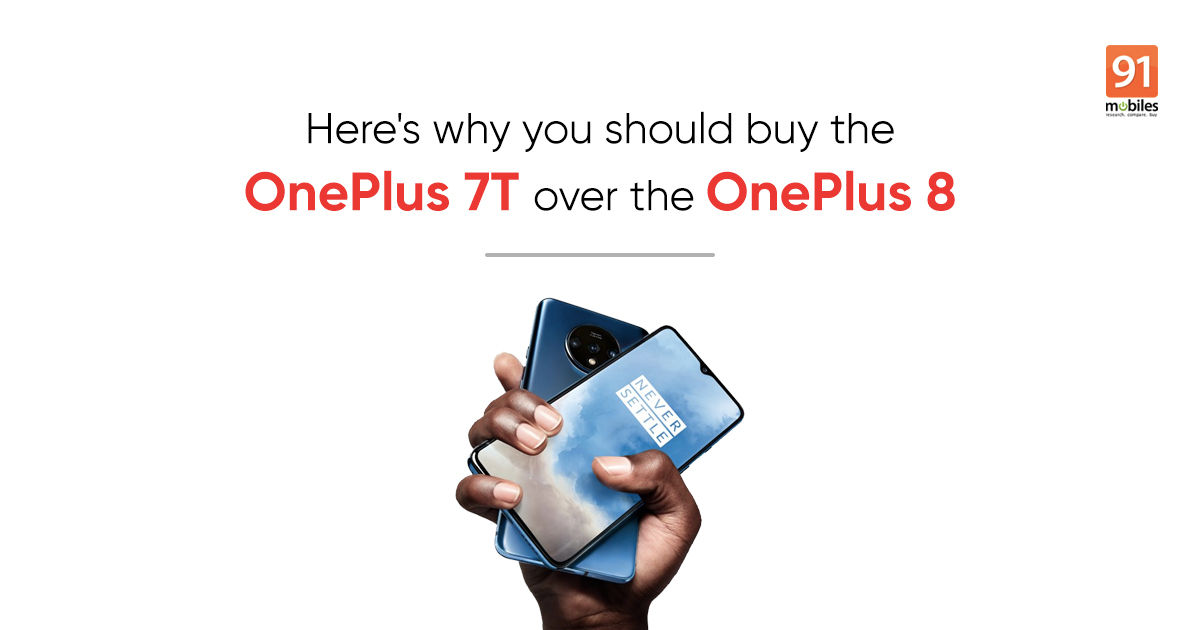 OnePlus will live-stream the online-only launch event of the OnePlus 8 and OnePlus 8 Pro on April 14th. Thanks to a plethora of leaks, reports and official announcements by the company, we know almost everything there is to know about the OnePlus 8 series. We know, for example, that the OnePlus 8 specifications will include the Snapdragon 865 SoC, 5G connectivity and a high refresh rate. We also know that the OnePlus 8 Pro will be the first phone from the brand to tout wirelesss charging support, and a fast 30W support at that. Surely, hearing all of this does make the OnePlus 8 series sound compelling. However, with 5G on board, the upcoming phones are likely to launch at a higher-than-usual pricing. So, while we wait for the launch event, here are a few reasons why OnePlus fans, especially in a price-sensitive market like India, should still consider buying the OnePlus 7T over the regular OnePlus 8.

OnePlus has been steadily increasing the prices of its flagships every year, and this year looks to be no different. Thanks to the new Snapdragon 865 SoC paired with a 5G modem, the OnePlus 8 series will launch with premium price tags. A report by Winfuture.de suggests the regular OnePlus 8 may start at rough 719 euros, which comes to approximately Rs 60,000. Even if the company tries to launch the phone at a competitive price in India, we are looking at prices above Rs 50,000. 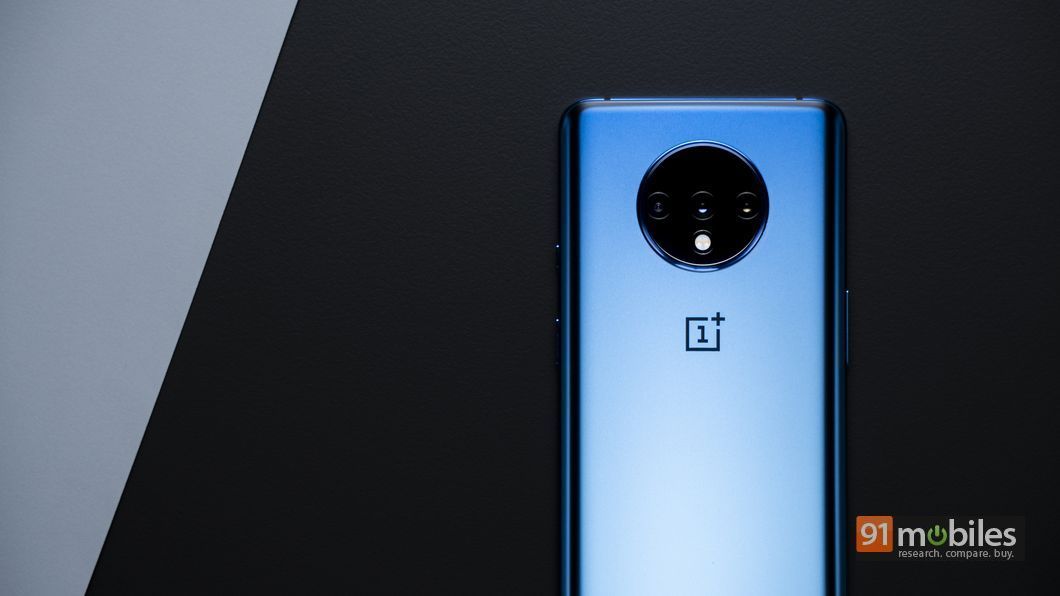 In comparison, the OnePlus 7T is currently selling for Rs 34,999, which is pretty affordable in comparison. Even with the recent hike in GST rate in India, the price of the OnePlus 7T has remained unchanged and is unlikely to increase with the OnePlus 8 series likely to slot in at a higher price. That being said, we don’t expect the OnePlus 7T to receive a price cut either.

Only the OnePlus 8 Pro model is expected to get a 120Hz refresh rate, which means the regular OnePlus 8 will continue to stick with a 90Hz display. If so, it’ll be on par with OnePlus 7T, which sports a 6.55-inch 90Hz display with an FHD+ resolution and HDR10+ support. This means the two phones will likely deliver the same fluid scrolling experience. Of course, OnePlus has upgraded the displays on the OnePlus 8 series further as they will come with MEMC technology and higher peak brightness levels, but these changes might seem marginal on the regular OnePlus 8.

With a 90Hz screen, the OnePlus 8 will likely offer a similar scrolling experience as the OnePlus 7T

Snapdragon 855+ is still fast as ever

OnePlus 8 will rock the latest Qualcomm Snapdragon 865 SoC under the hood, which is an incremental upgrade to Snapdragon 855+ SoC from last year. The handset with the new chipset will, no doubt, be faster than its predecessor, but the difference in speed won’t be noticeable to the naked eye, especially on a OnePlus phone that is well optimised. Even for a performance-hungry beast, the OnePlus 7T with Snapdragon 855+ SoC and 8GB RAM + 128GB storage configuration should still be able to satisfy your needs. The handset is capable enough to handle pretty much anything thrown at it with no lags and stutter whatsoever. 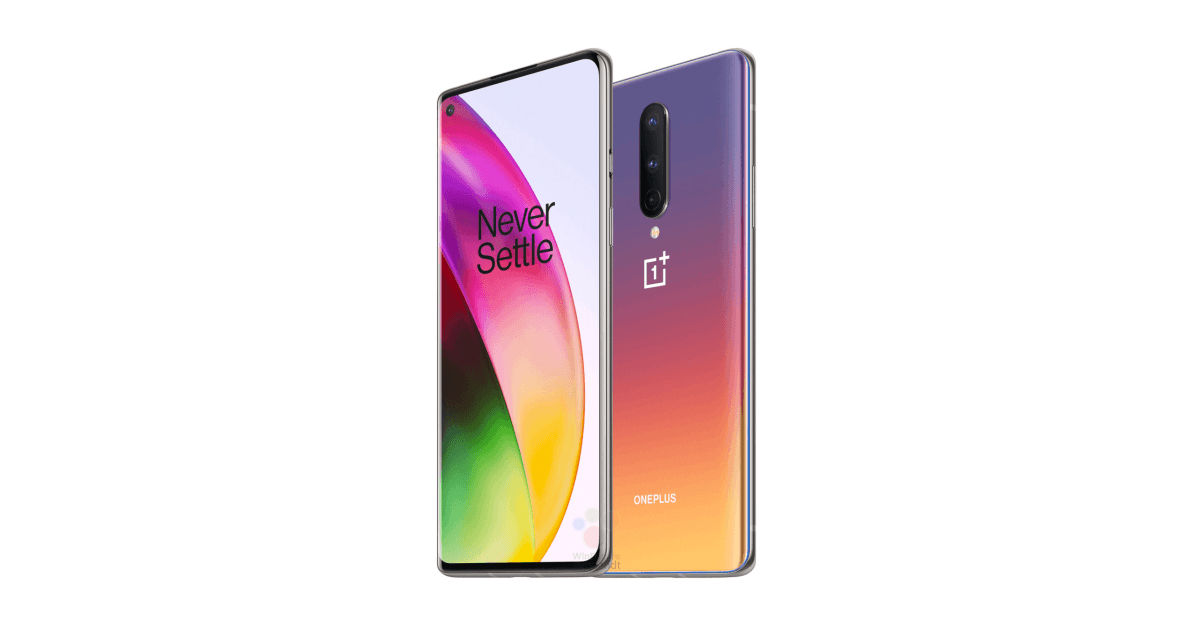 The great thing about OnePlus phones is software support. OnePlus still offers regular updates to older models like the OnePlus 5 series, and the company even supported models as far back as the OnePlus 3 series till November 2019. All of this is to say that the OnePlus 7T, which was launched with Android 10, should receive regular software updates for the foreseeable future. In fact, the software experience is expected to be the same as what you will get on the OnePlus 8.

The OnePlus 8 series will be going all in with 5G as the company claims, which is great for markets where 5G has been deployed. But for regions such as India where 5G is still a distant dream, the OnePlus 8 phones won’t offer any anything more than current 4G speeds, just like the OnePlus 7T. Unless you’re looking to buy the OnePlus 8 as a future-proof device, the OnePlus 7T should be enough for now. That being said, it will be interesting to see whether OnePlus is able to bring 4G-only variants of the OnePlus 8 phones to India, which would in turn bring the prices down as well.

While these are some reasons worth considering the OnePlus 7T even now, there will of course be some advantages that the OnePlus 8 will bring to the table, such as an upgraded camera setup and a possibly longer battery life. You can still wait for the OnePlus 8 to launch in India to make a more informed decision. In any case, the lockdown in India means you won’t be able to buy the OnePlus 7T until the April 14th, even if you wanted to.