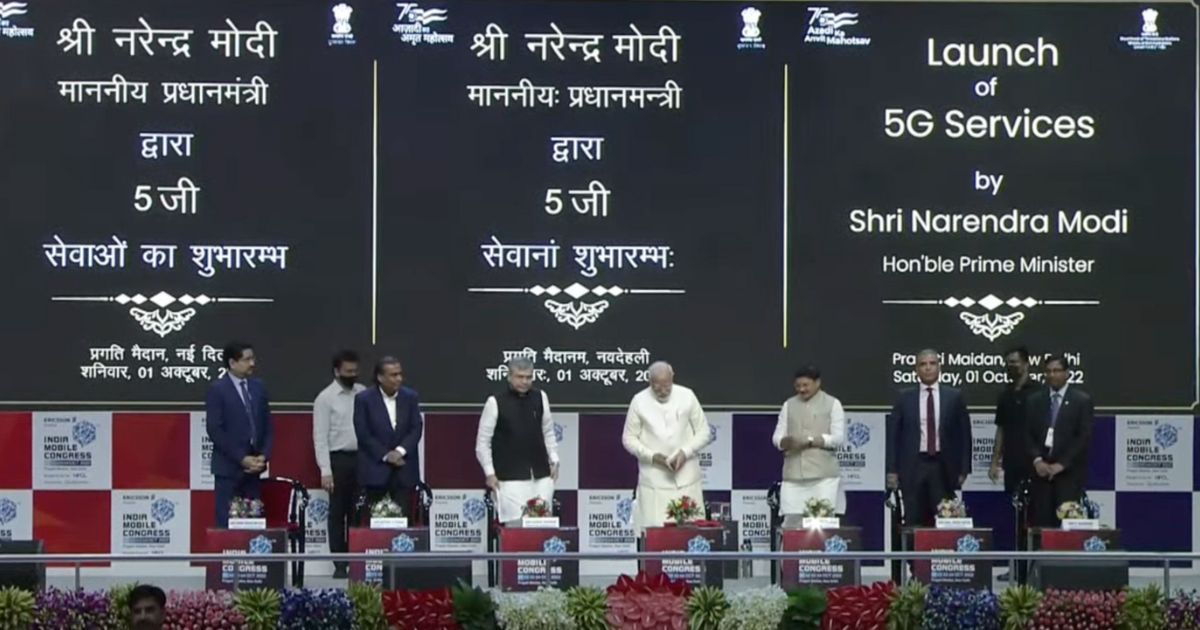 5G network has finally been launched in the country. PM Narendra Modi made the fifth generation mobile connectivity official in the country on the first day of India Mobile Congress (IMC) 2022. The 5G services will roll out in the country starting today and will be available to almost 75 percent of the population by the end of this year. The 5G services will most likely be based on made-in-India gears and offer ten times faster data speeds than 4G. Apart from this, 5G will bring seamless coverage, high data speeds, low latency, and enormously reliable communications.

Jio 5G launch: These cities will get Jio 5G services by Diwali 2022

Airtel chief Bharti Mittal has announced that its 5G services will be available in as many as 8 cities starting today. The list of 8 cities that will get the Airtel 5G network starting October 1st includes Delhi, Mumbai, Varanasi, and Bangalore. The complete list is yet to be released. That being said, Mittal stated Airtel 5G network will cover pan India by March 2024. “We will spread the coverage of 5G in the entire country. By March 2023, we will have covered several cities and by March 2024, we will have covered entire India with our network,” said Bharti Enterprises chairman Sunil Mittal at the sixth edition of India Mobile Congress (IMC) 2022.

Update: In addition to Delhi, Mumbai, Varanasi, and Bangalore, Airtel 5G will reportedly be available in Gurugram, Kolkata, Hyderabad, and Chennai initially. Apart from this, Airtel will announce new tariffs for 5G soon. Per a report by NDTV, a senior company official said Airtel 5G services will be available at existing 4G rates and a new tariff for 5G will be announced after some time.

Speaking at the IMC 2022, Mukesh Ambani reiterated that Jio 5G services will be present in India in every district and taluka by the end of December 2023. Ambani further said that its 5G rates would be the most affordable than anyone else in the world. The telco has already announced the rollout of Jio 5G services in the country around Diwali, September 24th. That said, Jio 5G could be available in India starting today. We already know that the Delhi airport is 5G-ready, so travellers flying in and out may experience the 5G speed.

“Today, I want to reiterate Jio’s commitment to deliver 5G to every town, every taluka, and every tehsil of our country by December 2023. Most of Jio’s 5G is developed in India, and hence carries the stamp of Atmanirbhar Bharat,” said Mukesh Ambani at IMC 2022.