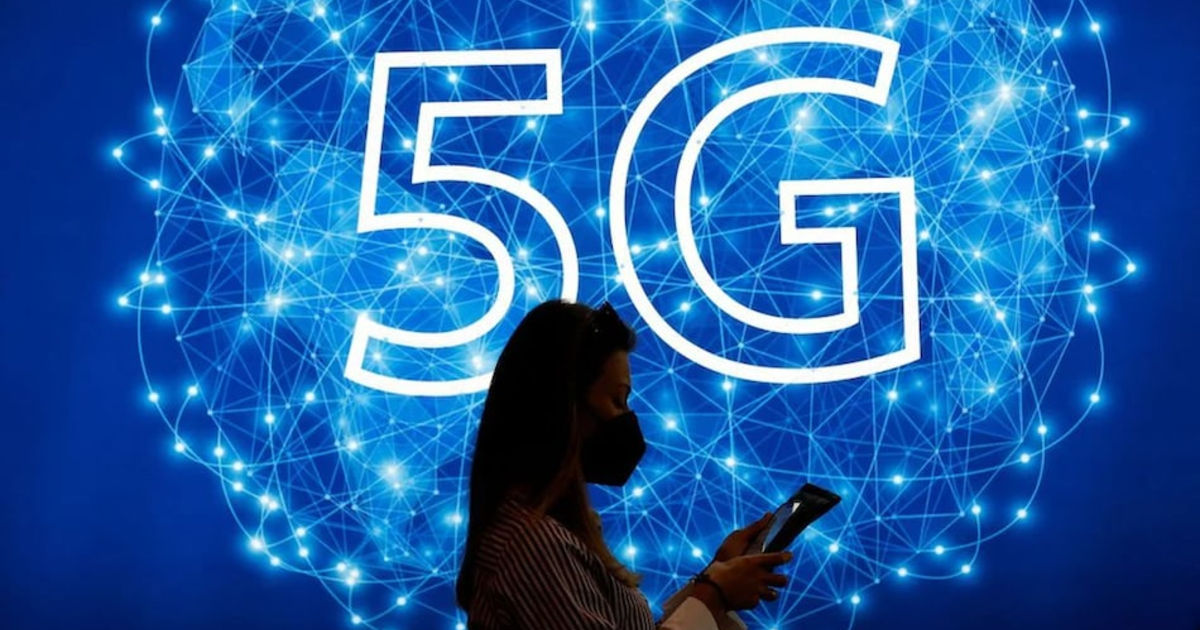 5G is the next generation of internet technology aimed to provide users and enterprises with seamless and on-the-go connectivity. With many counties widely deploying 5G services in various sectors, India is next in line for the same. That said, just as 5G inches closer to its launch, many are in the dilemma of whether they need to upgrade their existing SIM to a 5G SIM in order to use 5G services or 4G SIM will work. In this guide, we try to explain exactly that along with other important details you should know regarding the 5G rollout. So without any further ado, let’s begin.

After months of delays and waits, 5G could soon become a thing in India. With the 5G spectrum auctions being concluded in July end, telcos such as Jio and Airtel have already announced their plans to rollout 5G services in various parts of the country. While the exact dates have not been revealed, rumour has it that Jio is expected to launch its 5G services on 15th August on the occasion of Independence Day. On the other hand, Airtel has announced partnerships with Ericsson, Nokia and Samsung to aid 5G deployment in the country from August 2022 itself. As for Vi, no such announcement has been made by the company for the time being.

5G services may not be available until September-October

While the 5G network may launch in India this month, the services may not be available to use until September-October. If reports are anything to go by, PM Narendra Modi may announce the 5G services on September 29th at the Indian Mobile Congress (IMC) 2022.

Do you need a 5G SIM card to use 5G services?

Coming to the meat of the matter on whether or not you need a 5G card to use 5G services, the short answer is no. As long as the Indian telecom operator sticks to NSA 5G (Non-Standalone) technology, you don’t need a 5G SIM to use blazing fast internet download speeds, instantaneous video buffering, and on-the-go cloud applications. The technology uses the existing 4G infrastructure, which makes your existing 4G SIMs forward compatible with 5G.

The perk of using the NSA 5G technology is that it will allow the telecoms to deploy 5G more widely and that too at a faster rate across the country. It will also help them save costs for building a Standalone aka SA 5G infrastructure. The latter, for the uninitiated, isn’t compatible with 4G and requires a new SIM altogether as it’s built on an entirely new and different architecture.

While the NSA technology is better than SA in that aspect, it misses out on one of the core aspects of 5G i.e. low latency network. The latter offers a slight delay in processing data over a network connection. This shouldn’t be a big deal for the masses until and unless there are certain use cases that require instant response such as high-resolution cloud gaming.

That being said, to be able to use 5G services, these are the requirements that you need to match:

A 5G compatible device is one that has dedicated modems and built-in hardware called New Radio (NR) to use fifth-generation internet technology. This new hardware allows a smartphone to connect to a 5G network and access better connectivity options which are simply not possible through a 4G device. Fortunately, almost all smartphone brands have released 5G phones in India so that users are not left out when the 5G rollout starts in India.

Without a 5G network, it’s impossible to deploy 5G services. A 5G network constitutes a proper architecture on both hardware and software levels as well as regulations by the government or concerned high-level authority. Telecom operators also need the right to use 5G spectrums before rolling out nationwide 5G services while abiding the international standards. Without such aspects in place, 5G remains a distant dream.

Just like 3G and 4G, 5G may also have dedicated tariff plans. Since 5G is relatively a new technology and has the capability to deliver ultra-fast speeds, its tariff plans may be priced on the higher side initially. However, the costs may come down over the course of time when it reaches a wider audience.

What are the supported 5G bands in India?

During the 5G spectrum auctions held in July 2022, Indian telcos Jio, Airtel and Vi have acquired the following 5G bands in India.

If your smartphone supports at least one of the aforementioned 5G bands, you’ll be able to take benefits of the 5G network provided a compatible recharge plan is purchased.

How to check your smartphone’s 5G band?

There are several ways to check the 5G band support of your smartphone. One of the most common ways is to use the company’s website or the retail box. Many manufacturers print the number of supported 5G bands on the retail box of the smartphone. This way, you don’t have to hunt for the details on the internet. 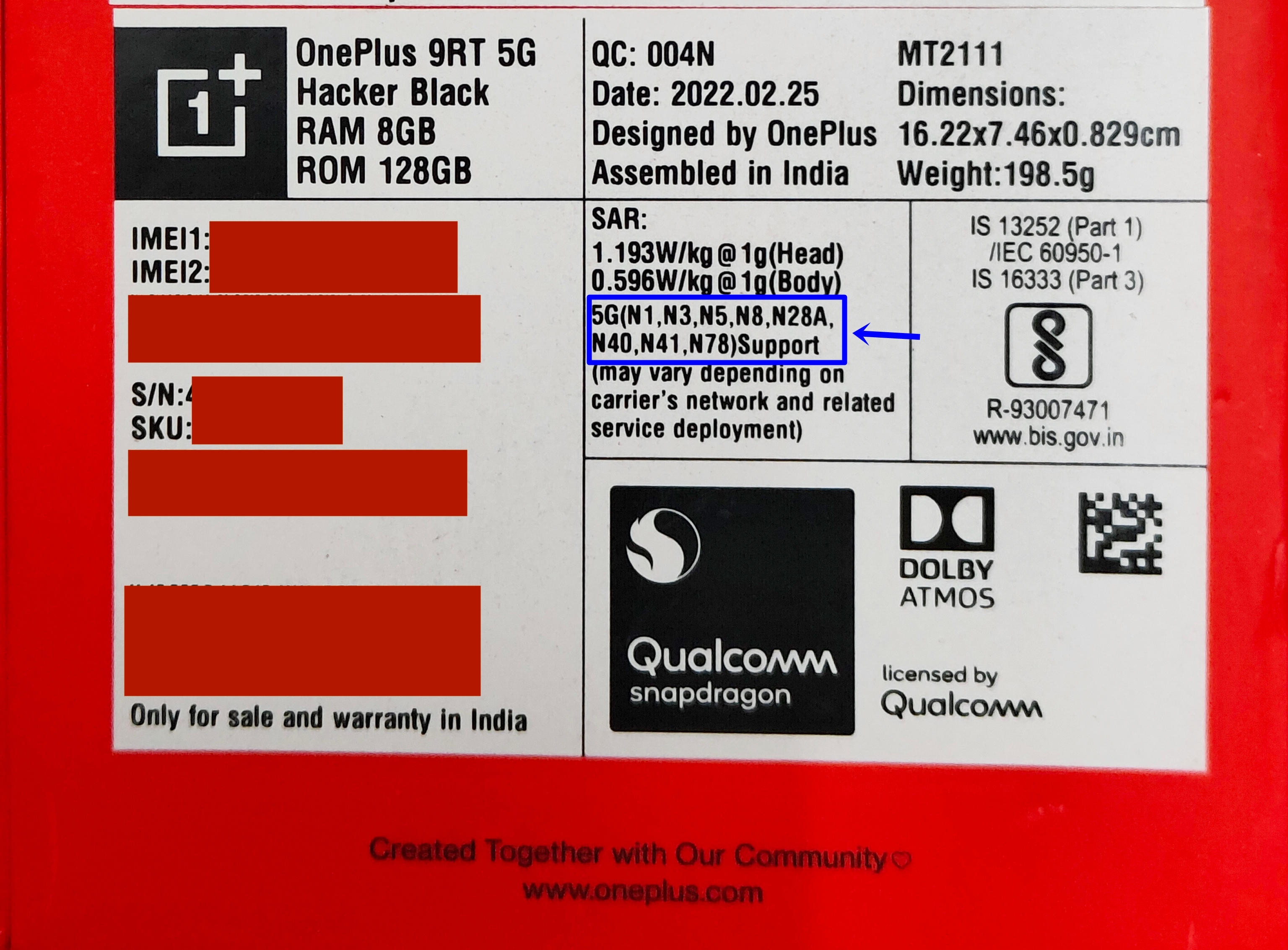 The 5G band support can also be checked through third-party websites such as e-commerce platforms.

Yes, a 4G SIM card will work perfectly fine on a 5G phone for both 4G and 5G services such as internet connectivity, SMS and voice calling. With Indian telecoms adopting the NSA 5G technology, their existing 4G SIM supports Rel 99+ standard which is both forward and backward compatible with 2G, 3G, 4G and 5G.