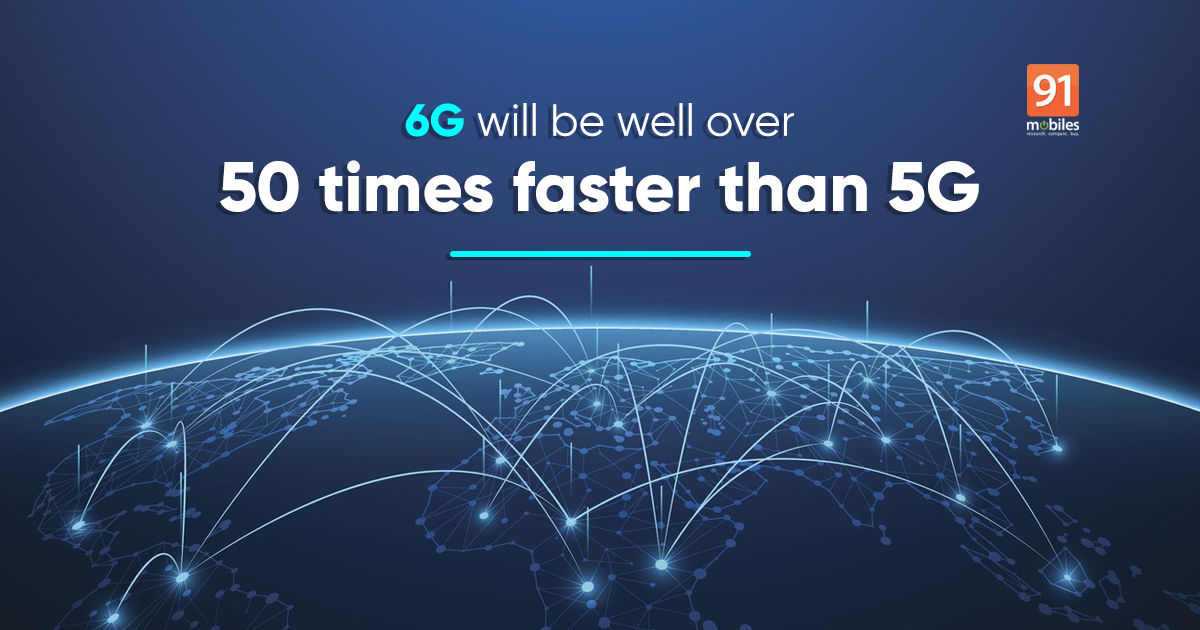 Although 5G is becoming mainstream in many countries, it is yet to make its way to developing markets such as India. You’d expect the world’s second-largest smartphone market to be ahead of the pack when it comes to next-generation mobile networks, but that is far from the truth. While we’re sitting around twiddling our thumbs waiting for 5G, research for its successor, 6G, has already started. The German government has now pledged upwards of EUR 700 million for 6G research. The technology is far from ready and we may have to wait quite some time before seeing it in action. The ambitious 6G project will receive an initial EUR 200 million investment initially, with the rest of the funds to be disbursed by 2025. German Federal Research Minister Anja Karliczek has the following to say about the matter:

“We have to think about the day after tomorrow and help shape new key technologies and standards in communication technologies right from the start. 6G will be the mobile data technology of the future and will determine and even revolutionise our communication in the next decade. With 6G, data is transmitted more than 100 times faster than with 5G – with great advantages for mobile communication for every single person. But also for our industry and agriculture”

Samsung got into the 6G game well before anyone else

Last, year, Samsung published a paper detailing what the future could look like under 6G networks. It envisioned speeds of up to 1,000Gbps (yes, you read that right), which is over fifty times what is possible under 5G. Samsung envisions the world to be a hyperconnected space with extra emphasis on XR (a mix of AR and VR) devices beaming 8K video directly into the users’ devices.

The concept of a Digital Twin is also mentioned. It is essentially a digital copy of a person that can explore an AR/VR environment without any spatial restrictions. Interfacing with your Digital Twin has been talked about too, with an array of sensors and motors allowing users to perform real-world actions with their twins. For example, you can interact with a robot to pick up an object hundreds of miles away via your twin. This process will require at least 800Mbps of available bandwidth and sub-100ms latency to work- something that is achievable with 6G. 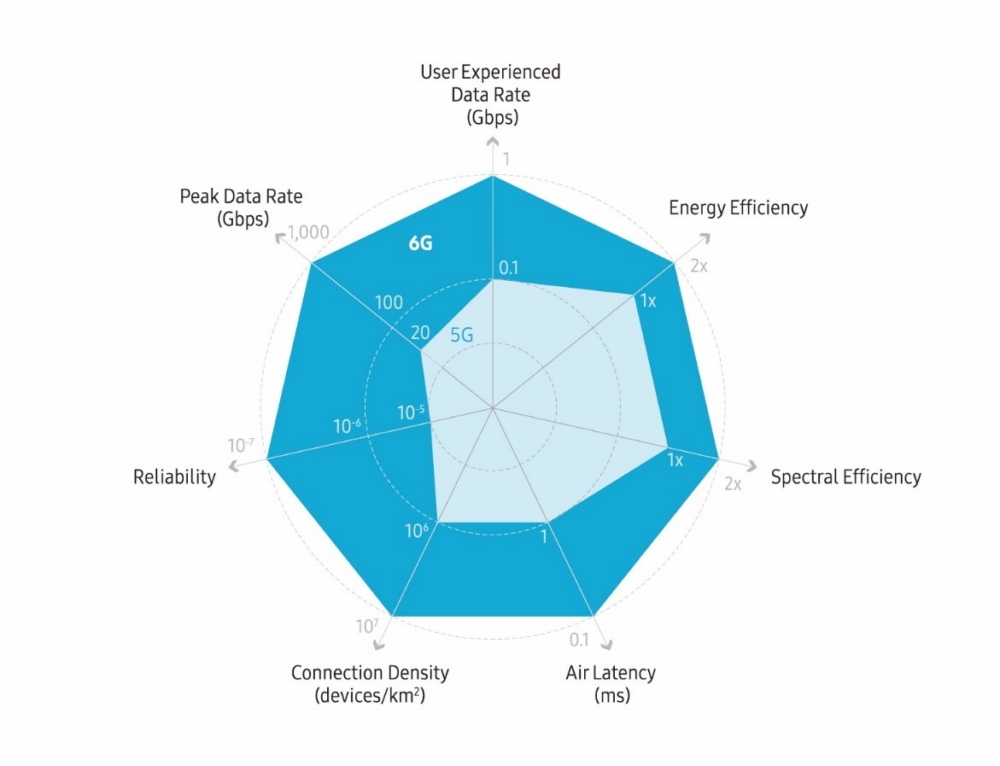 The above histogram compares existing 5G networks against future 6G networks, prophesising the latter to overcome all the shortcomings of existing infrastructure. The paper also says that a mixture of both fixed and moving parts will be required to make 6G a reality. For example, geostationary satellites have to work alongside base stations in order for the network to function properly. We also have to look into Terahertz (THz) frequencies to transmit such large volumes of data over the air. To put things in perspective, modern-day wireless bandwidth is still measured in Megahertz (MHz) and Gigahertz(GHz). The problem with THz bands is that the signal attenuates rather quickly, making it less than ideal for long-distance transmission.

Alongside Samsung and the German Government, even China has thrown its hat into the 6G race. Last year, it launched an array of twelve satellites into orbit, one of which was designated for 6G field tests. As mentioned above, the satellite’s primary job is to transmit Terahertz waves to facilitate quicker data transfer speeds. As always, Huawei will spearhead the deployment of 6G networks in China. Rotating Chairman Xu Zhijun is confident that Huawei’s 6G network infrastructure will be ready by 2030.

Where is the US in the race to 6G?

Short answer: nobody really knows. Although the US has done just about everything in its power to stymie the growth of Chinese 5G players such as Huawei and ZTE, its own 6G research seems to be largely unknown. Vikrant Gandhi, senior industry director of information and communications technologies at consultancy firm Frost & Sullivan, says that the US will not be caught asleep at the wheel this time around and start digging into 6G at the earliest. The Alliance for Telecommunications Industry Solutions, a US telecom standards developer known as ATIS has started work on 6G, but the extent of its progress remains largely unknown.

When will we get 6G in India?

We in Indians have always had to wait for new technologies to arrive in our market. For example, the first 3G network was launched globally in 1998, whereas it arrived in India ten years later in 2008. Similarly, The first commercial 4G network was unveiled in 2009, but it arrived in India only in 2012. Looking at the current 5G trajectory, it is unlikely that we’ll get a fully functional 5G network before 2022. If the global 6G networks are deployed by 2030, we’re looking at a three to four-year delay after that. Then again, the smartphone industry will also have undergone a drastic transformation by then, so it is hard to guess just what 6G will have in store for us.

Samsung confirms it has started research on 6G networks