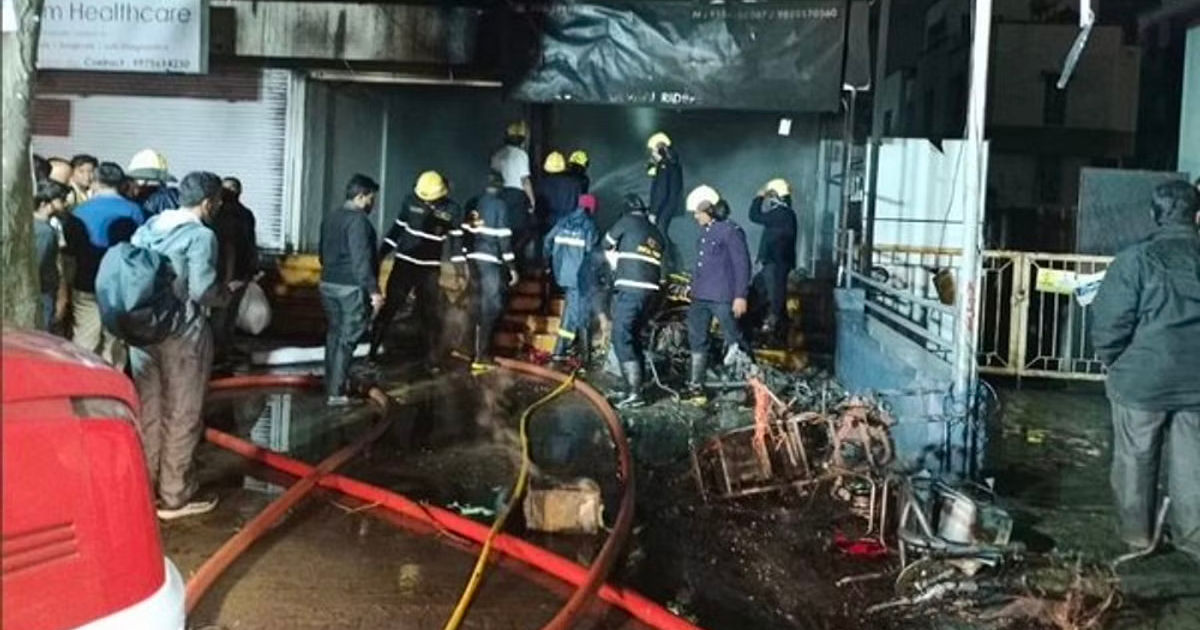 Subhash Sharma, Operation Head, Komaki has given a statement, stating, “We would like to inform that recent fire incident caused at a showroom in Pune does not involve a Komaki vehicle and doesn’t contain a Komaki battery. The showroom is multi-branded. Secondly, the claim for cause of fire which is described as overcharging is also very suspectful as the battery being charged by the dealer incase of overheating normally should emit smoke only as chemistry of the battery is LIPO4 and should heat up to 115 degree Celsius which cannot be ignored.”

“Lastly after going through our service record we have proof that the vehicle being claimed as the cause of fire was subject to removal of batteries and didn’t contain company connectors.”

As many as seven electric bikes burned down on Monday at an electric bike shop in Pune, Maharashtra. The incident took place at night whilst the vehicles were charging overnight; fortunately, no one has been reported injured. The incident took place at a shop that was located near the Gangadham area of Market Yard. The fire brigade used fire tenders to douse the fire, and initial reports suggest that the fire was caused due to overcharging.

The incident took place on Monday evening at an electric bike shop in the Market Yard, Pune, Maharastra. The fire charred at least seven vehicles during the mishap. The fire brigade was called in at 8 pm, and it took four fire tenders to douse the fire. Thankfully, no one was hurt during the incident.

Unconfirmed reports suggest that the fire engulfed a Komaki Electric Vehicle Division showroom in the city of Pune. The showroom sells electric scooters and bikes from Komaki India. The bikes, as was understood, were kept at the showroom and were undergoing charging. The initial reports suggest that a short circuit caused by overcharging could be the reason for the incident. The exact cause of the fire would come to light after a detailed investigation of the incident has been conducted.

The fire started off with one scooter being engulfed in fumes when the staff present at the showroom and catering to a customer caught its sight. The fumes then eventually engulfed the other six scooters that were affected. The owner also stated that there was a loss to property and items present and belonging to the showroom. The estimated cost of all the scooters cumulatively is said to be around Rs 7 lakh. The number could’ve been higher given that there were 16 scooters in total present on the floor on Monday.

The Fire officer present at the scene said that the fire tender sent from the Kondhwa Budruk fire station was insufficient to douse the fire. Later supplementary fire fighting vehicles and equipment were sent it. The officer also later ruled out a short circuit as a cause and said that battery overheating could have been an important precedent to the fire.

Recently, the Government of India sent show cause notices to Ola Electric, Okinawa Autotech and Pure EV and others regarding the inferior quality battery packs that were used. The government has now established a set of regulations as per the Bureau of Indian Standards (BIS). Union Minister for Road Transport Nitin Gadkari also made it clear in a recent statement that failure to meet the required norms would call for heavy penalties for the defaulter companies.

Multiple fire incidents related to electric vehicles have been reported this summer in India, but thankfully, the number seems to be dwindling now. However, rising concerns over the batteries being used in EVs has caused the Indian government to establish guidelines for the same.

Response from Komaki and the dealership owner

Responses from the company and the dealership owner came in after the smoke settled down during the incident. Komaki’s official response denied any suspected allegations about the company’s products and their integrity. There also seems to be a discrepancy regarding the scooter that caused the fire.

The owner of the Komaki Devaal Riders showroom, Dhanesh Oswal, said that the root cause would be identified once a thorough investigation has been conducted.