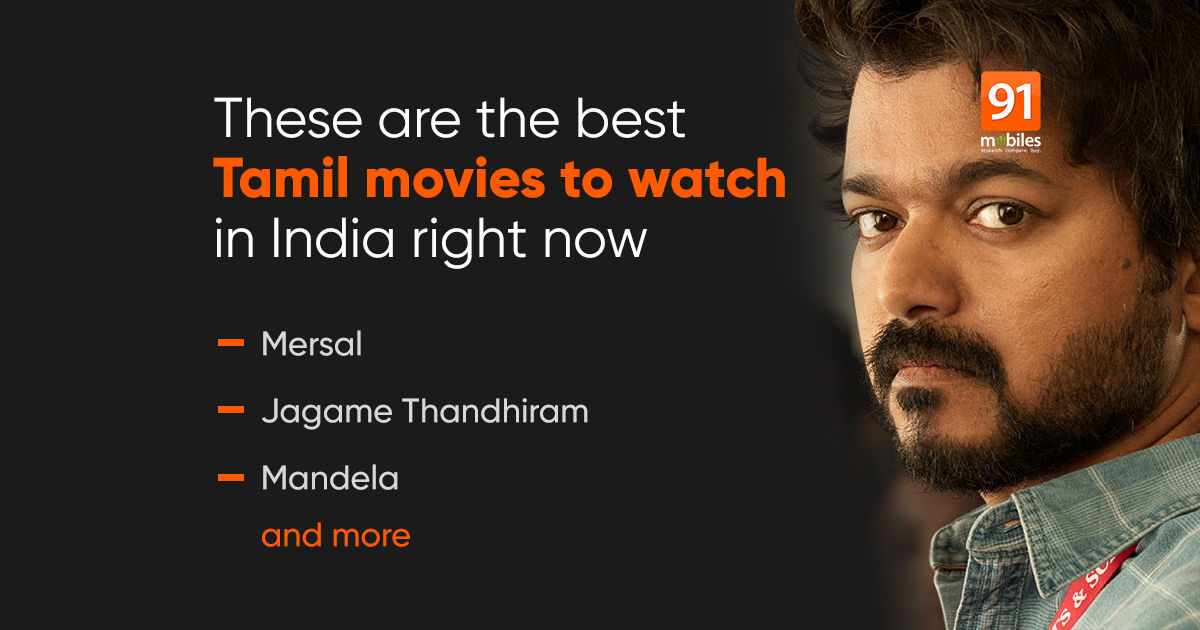 Several popular Tamil movies release every year, but there are a few that are simply amazing and must watch. Here is a compilation of 7 best Tamil movies that you can binge-watch with your friends and family on Netflix, Amazon Prime Video, and other OTT platforms. Be it Mersal, Kaala, Jagame Thandhiram, or any other listed below, all these popular Tamil movies in India 2021 boast interesting plots and amazing performances. So, all you need to do is grab a tub of popcorn, some cold drinks, and have your friends or family around to enjoy these Tamil movies at home. 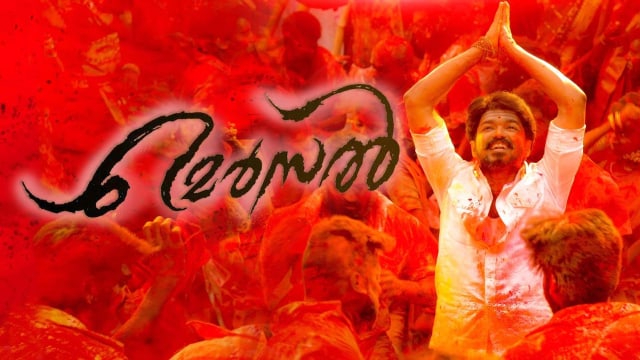 Mersal, starring Vijay in a triple role, tops our list of 7 must-watch Tamil movies that will thrill and entertain you. This action thriller movie by Atlee also stars Kajal Aggarwal, Samantha Akkineni, Nithya Menen, S. J. Surya, and Vadivelu. The movie revolves around Vetri (magician) and Maaran (doctor), who are sons of Vetrimaaran (a village wrestler and chieftain) – all three characters played by Vijay. While Vetri is on a mission to avenge his parents’ death and corrupt doctors who commit medical crimes, Maaran is on a mission to help and treat patients by charging a meager amount. They both have a common enemy in Daniel – a greedy and evil doctor. After watching this popular Tamil movie, you will understand why it was chosen to be the 100th production of the renowned Thenandal Studio Limited. 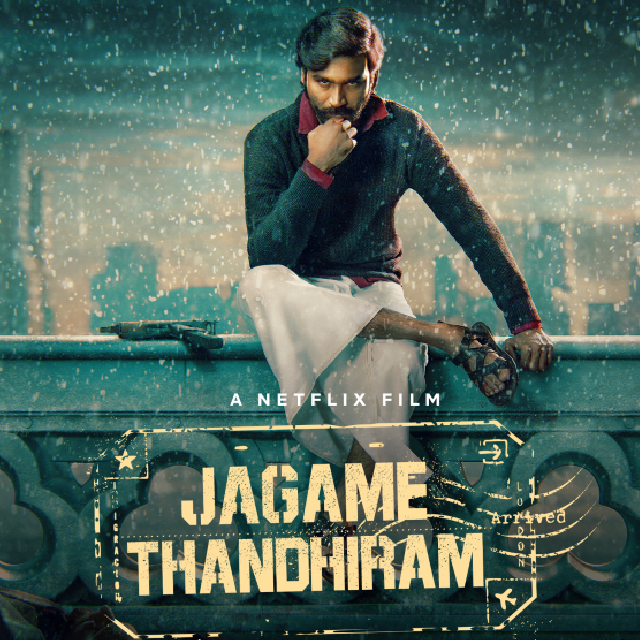 Next on our list of 7 must-watch Tamil movies is the latest 2021 action thriller film Jagame Thandhiram, starring Dhanush, Aishwarya Lekshmi, James Cosmo, Joju George, and Kalaiyarasan. Written and directed by Karthik Subbaraj, this film narrates the journey of Suruli – a gangster from Madurai, who is unable to settle down due to his notoriety. He soon shifts to London with the help of Peter, who is a white supremacist don. Together they plan to kill the rival gang leader Sivadoss, who is actually kind-hearted and helps illegal immigrants and refugees financially and legally. This twist in the plot changes everything going forward for Suruli. Watch the popular Tamil movie to find out. 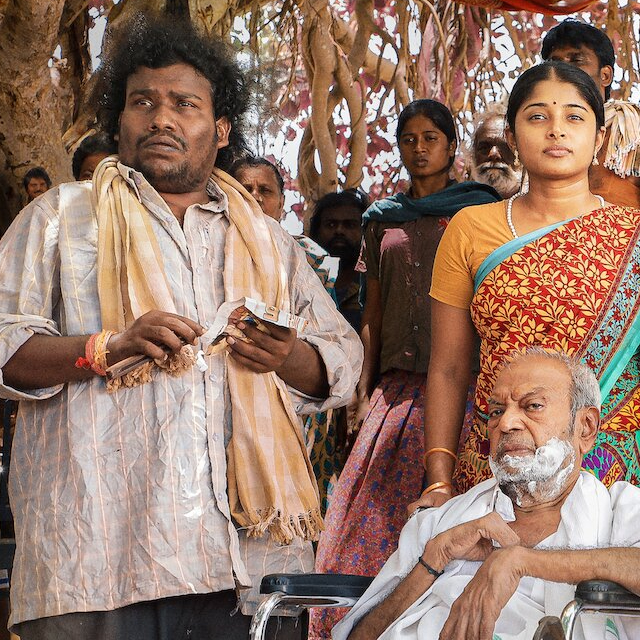 Another must-watch Tamil movie that was released this year is the comical drama named Mandela. The political satire television film is written and directed by Madonne Ashwin, who marks his directorial debut with this movie. This popular Tamil movie is set in a small village Soorangudi in Tamil Nadu where the population is divided into two caste-based factions – Northerners and Southerners. The village president election too is largely based along caste lines, leading to a split vote as per the pre-polling result. Now the deciding vote lies with the local barber named Ilicha Vaayan alias Nelson Mandela (Yogi Babu). So, whom does he vote for? 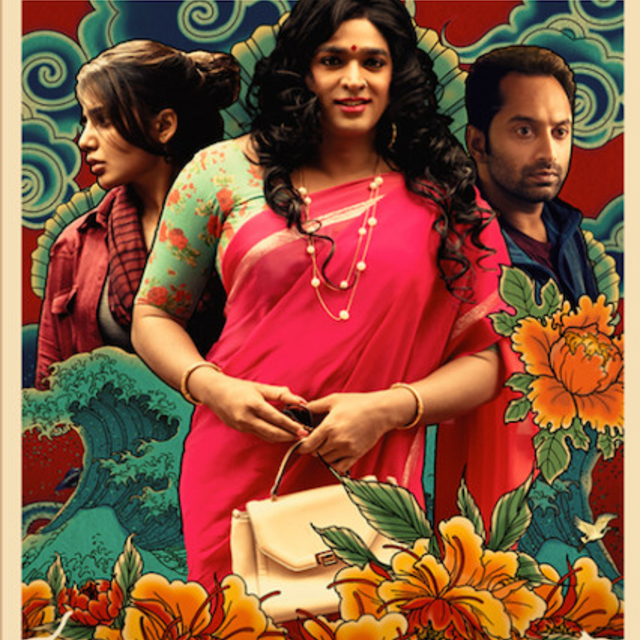 The next must-watch Tamil movie is the hyperlink film Super Deluxe, which has been co-written, co-produced, and directed by Thiagarajan Kumararaja. This popular Tamil movie comprises four interwoven stories with the lead characters crossing paths on one fateful day. One story is about an estranged father who becomes a transwoman named Shilpa, while the other is about an angry son who finds that his mother is a porn star. The other two stories are about an unfaithful married woman and a man who is facing a crisis of faith. It is interesting to watch how these four stories with an ensemble cast interlink and affect each other’s narrative. 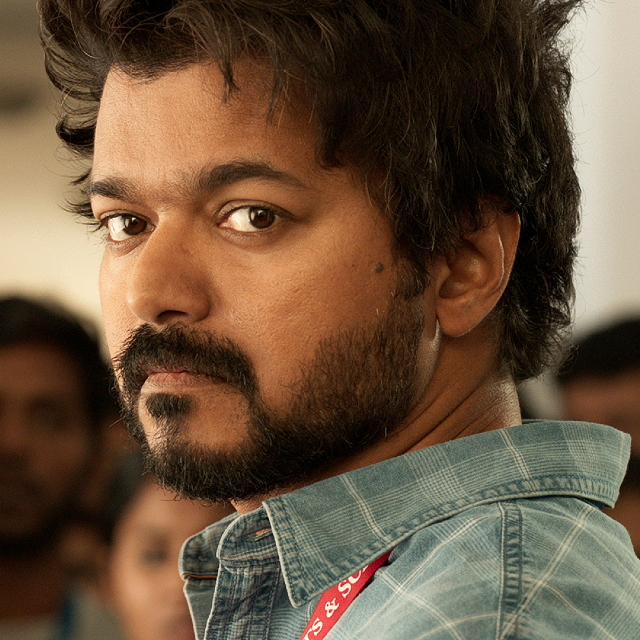 Master, one of the best Tamil movies in 2021 and stars Vijay, Vijay Sethupathi, Malavika Mohanan, Arjun Das, Andrea Jeremiah, and Shanthanu Bhagyaraj. As the name suggests, this popular Tamil movie is about a teacher who goes to great lengths to save his students. John Durairaj, also known as JD (Vijay), is a college professor struggling with alcoholism and is disliked by other staff members as he is quite popular among students. Due to some issue, he is assigned to a juvenile detention facility, where children are being forced to engage in criminal activities at the behest of a ruthless gangster Bhavani (Vijay Sethupathi). Will JD be able to help the children or will alcoholism get the better of him? 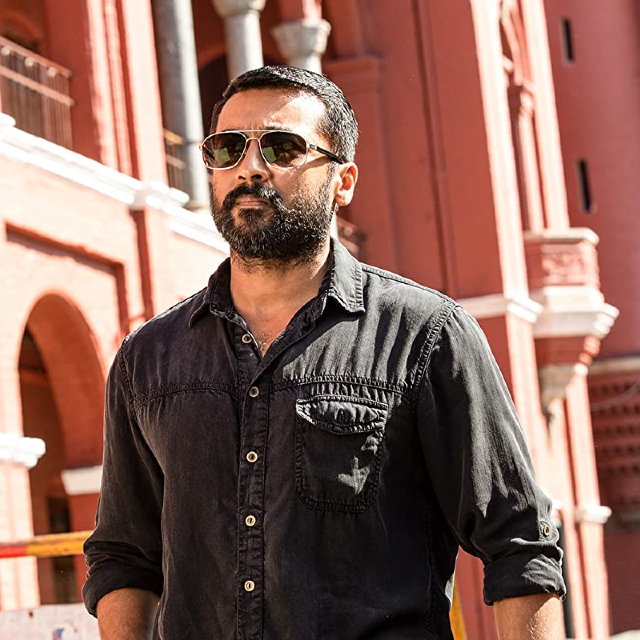 Soorarai Pottru is next on our list of 7 must-watch Tamil movies 2021 for its amazing narrative and performances. This movie is inspired by the life of GR Gopinath, the founder of India’s first low-cost carrier – Air Deccan, later known as Simplify Deccan. Suriya plays the role of Nedumaaran Rajangam (Maara) who dreams of starting a low-cost carrier airline so that the common man can fly without worrying about the ticket cost. To fulfill his dream, he has to overcome a lot of hurdles in his way. This popular Tamil movie is quite inspirational as it shows how Maara never succumbs to pressure and keeps working hard to achieve his dream. 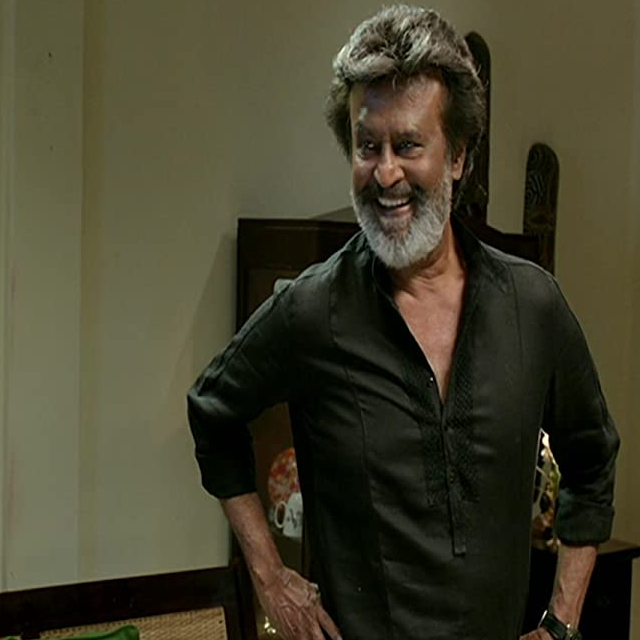 Last but not least is the superstar Rajnikanth-starrer action-drama Kaala. The story of this must-watch Tamil movie revolves around Nellai/Tirunelveli-based Tamils, living in Dharavi in Mumbai. A gangster turned politician Haridev Abhayankar ‘Hari Dhadha’ (Nana Patekar) tries to seize the slum land to construct lavish buildings for his own profit. However, his plans do not materialize as the leader of Dharavi – Karikaalan ‘Kaala’ (Rajnikanth) – opposes him and does everything to protect his people. Hari decides to kill Kaal so that he can take control of the area, but instead, Kaala’s wife and elder son get killed. Kaala now has an additional motive to fight Hari – revenge.