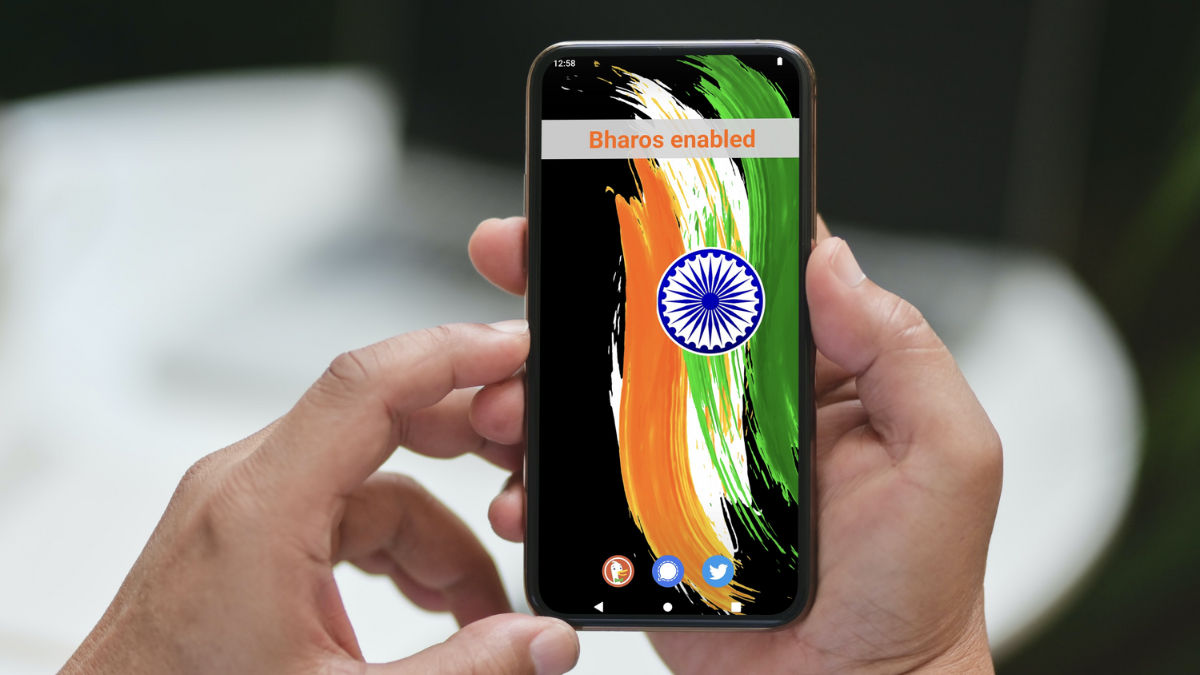 Indian Institute of Technology Madras recently held a conference to announce BharOS — a privacy and security-focused smartphone operating system for Indian users. Since the launch of Android, Google has dominated the Android side of the smartphone OS segment by pre-loading its services and apps by setting them as default. The big G is facing a lot of heat due to its monopoly on Android devices, alarming many privacy issues. To cope with this issue, IIT-Madras proposed BharOS, claiming it could offer a more secure and private mobile operating system for more than 100 crore smartphone users in India.

But it also raises many questions: Will it be on par with Android OS? Can BharOS replace Android OS? While we don’t have a precise answer to these questions, we have a few things to share with you to understand the BharOS better.

BharOS is an Android Open Source Project (AOSP) based operating system. It does not include any Google services or apps. JandK Operations Private Limited (JandKops), a Section 8 (non-profit) organization under the Indian Institute of Technology (IIT) Madras, developed the BharOS. It is a clean fork of AOSP, offering various security and privacy features. It’s not clear yet when BharOS will be available for download.

The project seeks to encourage the adoption of locally created technology while reducing reliance on foreign operating systems in smartphones.

As mentioned earlier, BharOS is based on AOSP (Android Open Source Project). Hence, it is not entirely different from Google’s Android OS. AOSP is an independent, free, and open-source project led by Google. One of the major differences between BharOS and Android OS is that the former does not come with any Google Services, and it will be a barebone operating system. As a result, you can install apps of your own interest/choice.

In terms of features and UI, while it is an indigenous operating system, it would not be completely different from stock Android. However, it is unclear how it could replace a pre-installed OS on a smartphone. Thus, you should look at BharOS as an alternative to Android and iOS, not as a replacement.

Additionally, the developers of this indigenous operating system claim that it is better than Android and iOS in terms of security and features and could offer “better battery life” for your device. 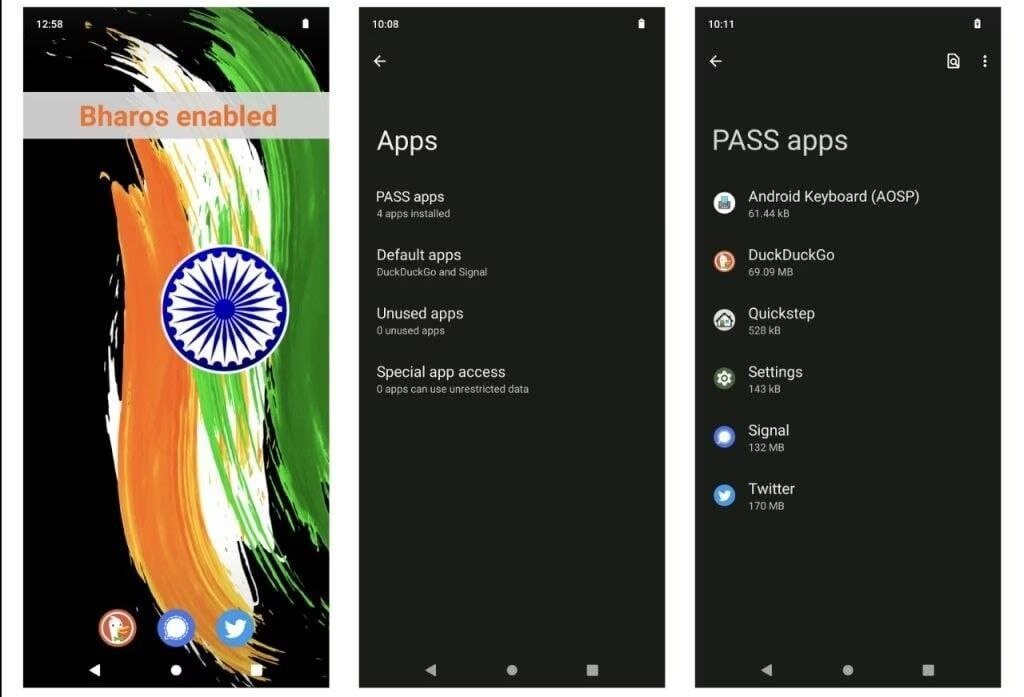 At the event, the developer claimed that BharOS comes with No Default Apps (NDA), meaning you would not have to deal with or be forced to use any app you are unfamiliar with or do not trust. Furthermore, they also said that you would get more control, freedom, and flexibility to choose and install only apps that fit your needs.

While there is no pre-loaded bloatware, and it does not rely on Google services, the OS comes with third-party apps such as DuckDuckGo as the default browser and Signal as the default messaging application.

The primary goal behind making the BharOS mainly concerns privacy and security. In addition to NDA, the OS lets you access trusted apps from company-specific Private App Store Services (PASS). Since it does not come with Google PlayStore, you can download and install apps per your requirements from PASS in BharOS.

The developer commented on the services: “A PASS provides access to a curated list of apps that have been thoroughly vetted and have met certain security and privacy standards of organisations. This means users can be confident that the apps they are installing are safe to use and have been checked for any potential security vulnerabilities or privacy concerns.”

Based on the Linux Kernel

BharOS is based on the Linux Kernel — the same that Android uses to function. A kernel is the core program that manages the phone’s CPU resources and system memory. It allocates memory to an app as and when needed. When you start an app, it loads the app into memory, creates the required processes, and runs it.

With Linux Kernel, BharOS is intended to be used on a wide range of gadgets: laptops, desktops, and smartphones. The project is still under development, though, and the release date is yet to be announced. Moreover, it is unclear if the developers have or will join hands with the OEMs to launch a smartphone running on BharOS.

While there is no word about which smartphones will support BharOS, it is expected that the developers might collaborate with some smartphone manufacturers in the near future and launch a device powered by BharOS.

Where does BharOS stand in terms of the Android version?

Seems BharOS is based on at least Android 12 since “unused apps” is there. That means it’ll run a version that Google still does AOSP security backports for. But how quickly will they deliver security patch updates? Monthly? Bimonthly? Quarterly?

While there is no word about which version of the Android core it is currently based on, Esper’s Mishaal Rahman suggests that is based on at least Android 12 since the teased screenshots of the OS have an “unused apps” option in the settings. Furthermore, the senior developer also suggests that it should receive security patch updates since it will run on a version that Google still does AOSP security backport for.

Besides this, the institute says that BharOS will get its own Native Over The Air (NOTA) updates, meaning you will get wireless delivery of new software updates that you can automatically download and install on the device. However, there are no details available about how long the BharOS will receive security and software updates.

As mentioned above, the goal behind the development of BharOS is to trim reliance on foreign country OS and services and contribute significantly to Atmanirbhar Bharat. Keeping that in mind, the developers will not enable any support for Google Play Services.

The developers say that doing so will help you achieve better privacy and security than Google’s Android OS. It is ideal for those users and organisations that handle sensitive information and data that require strong security and privacy.