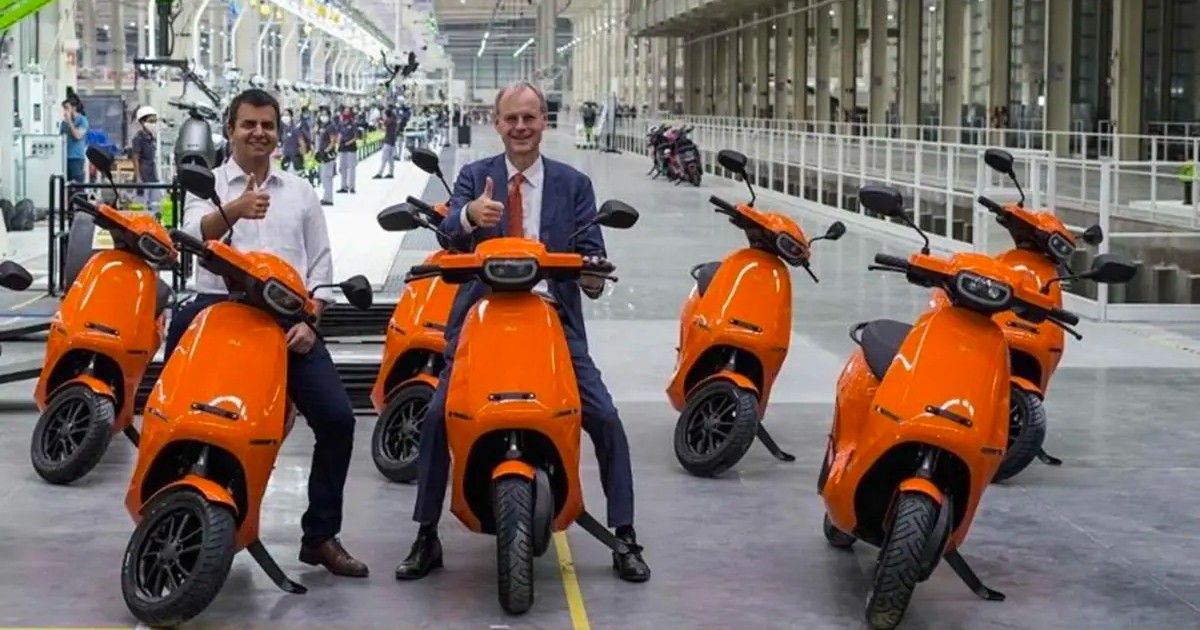 Ola Electric’s Ola S1 and Ola S1 Pro have become rather popular in a short stint of time and for good reason – they pack in style, performance and come at a healthy price. Ola Electric launched the two electric scooter twins earlier this year and kicked off sales in September. The vehicles have held a strong demand since and will next go on sale in December. Test rides for the scooter have started across fours locations in India via Ola Test Ride Camps. Now, in another impressive, Ola Electric has manufactured 9 customised Ola S1 Pro scooters for the Embassy of The Netherlands in India and will be adopted for use on diplomatic missions.

Interestingly, the Ola S1 and S1 Pro scooters in India are actually derived heavily from the electric scooters which were made by Amsterdam-based company Etergo.

Today @BergMarten visited @OlaElectric Futurefactory. Ola is transforming mobility in 🇮🇳. We are happy to purchase 9 Ola S1 Pro electric scooter customized for us with touch of ORANGE.#Didyouknow that factory is fully run by female workforce.#EVs #futuremobility #SDGs pic.twitter.com/SYXMaImnHl

Once the production of these nine special order scooters is completed, Ola Electric will be delivering these scooters to the embassy in New Delhi and to the Consulates General in Mumbai and Bengaluru. This however is likely to take place once customer deliveries begin this month.

“We are excited to build these custom scooters for the embassy of The Netherlands and are proud that they have joined our Mission Electric, which is to ensure that no petrol two-wheelers are sold in India after 2025,” said Bhavish Aggarwal, Ola founder and CEO.

The company has claimed to offer custom paint finishes that can help customers make other Ola S1 and Ola S1 Pro smart scooters stand out and also make them uniquely theirs. This kind of service is usually seen in premium and ultra-premium segment auto companies, thus it will be interesting to find out if Ola can make this happen at a reasonable price point. Ola Electric also has ambitions of expanding its base by entering markets in Europe, the UK, Australia, New Zealand, South East Asia, and others by next year. Currently, Ola Electric is focussing on delivering its current order book products to customers and retake orders. The Bengaluru-based company’s initial schedule has been defaulted a couple of times due to lower production output thus pushing deadlines.

Ola S1 and Ola S1 Pro test rides begin in India, but only in these four cities