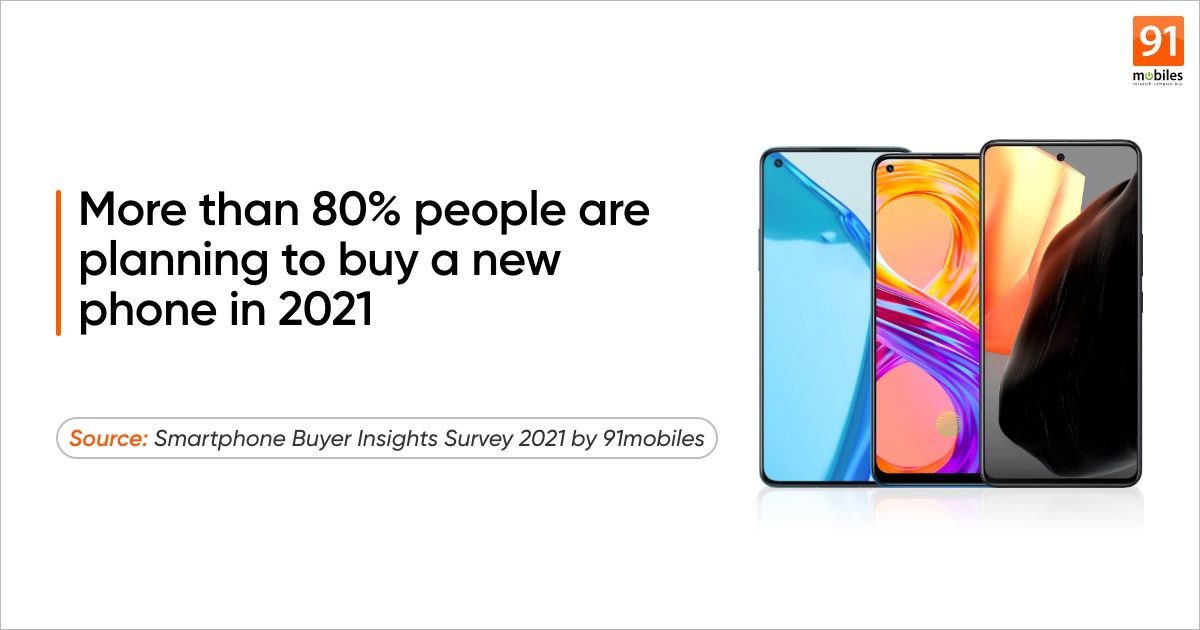 The 91mobiles Smartphone Buyer Insights Survey is your window into the amazingly dynamic and highly competitive Indian smartphone industry. Over the past few weeks, we’ve been revealing insights that show how ownership patterns are currently and will be in the future, how brand loyalties are shifting, and how people decide on a new smartphone.

The full report is embedded below for reference. We also have more points pertaining to how people prefer buying phones below, but before we get into that, we’ll give you a quick recap of the insights we have revealed so far. 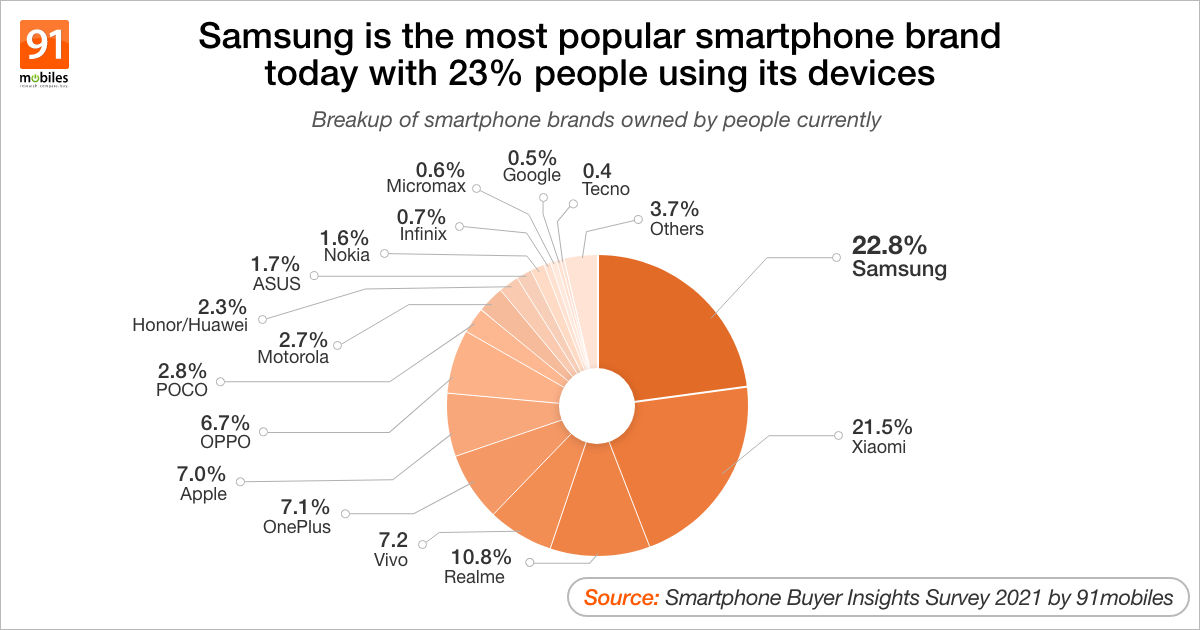 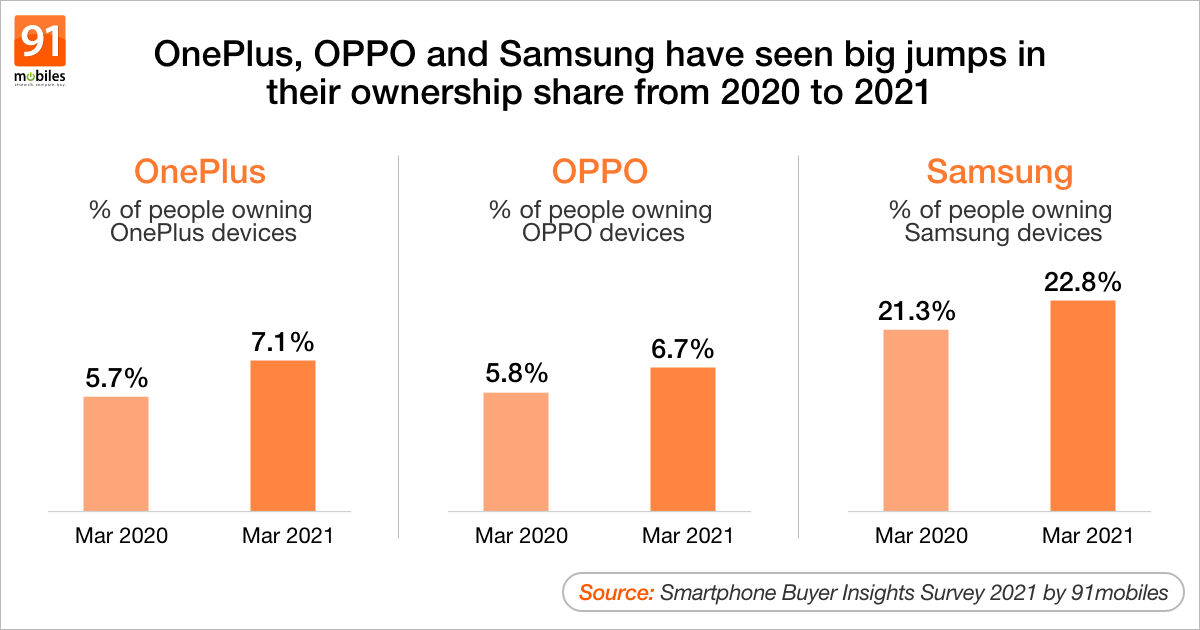 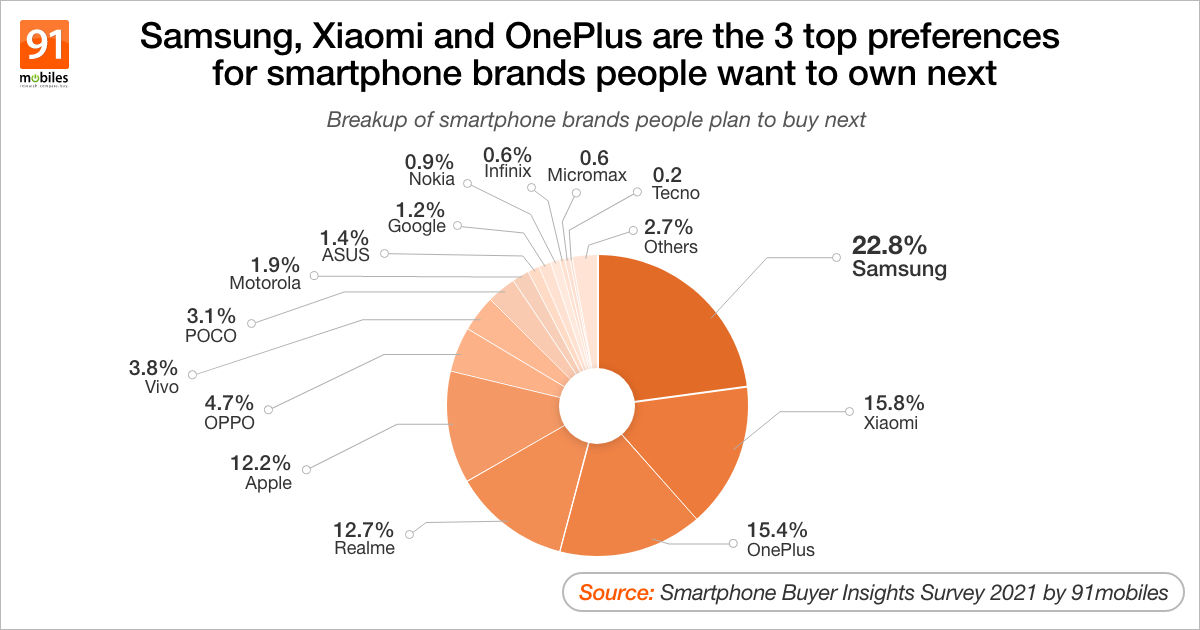 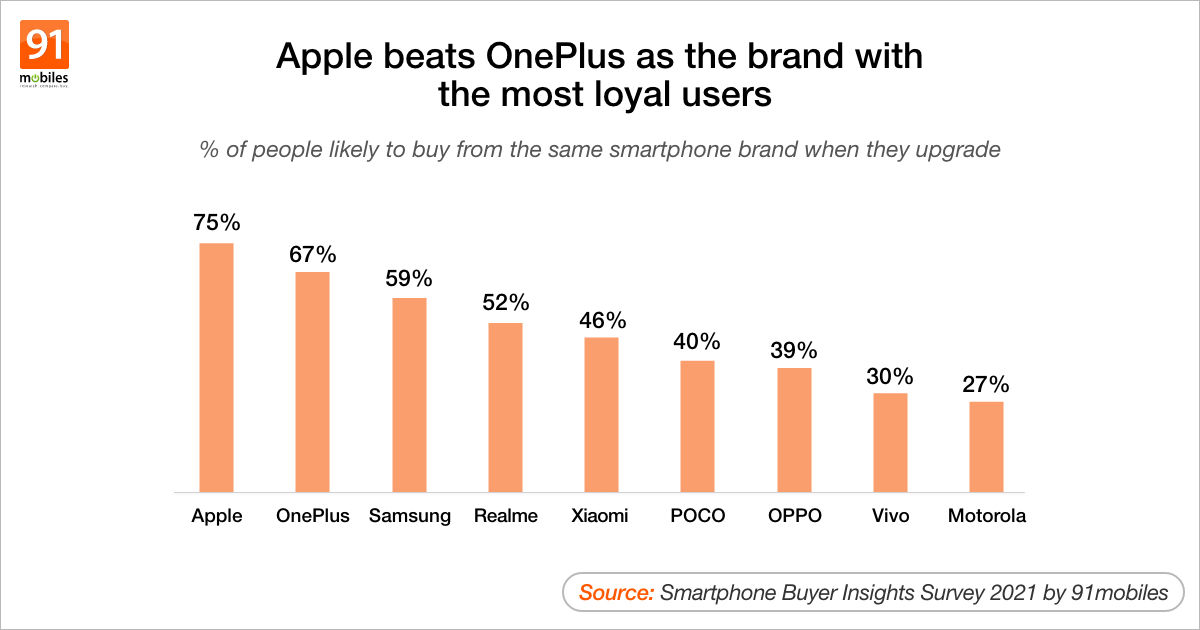 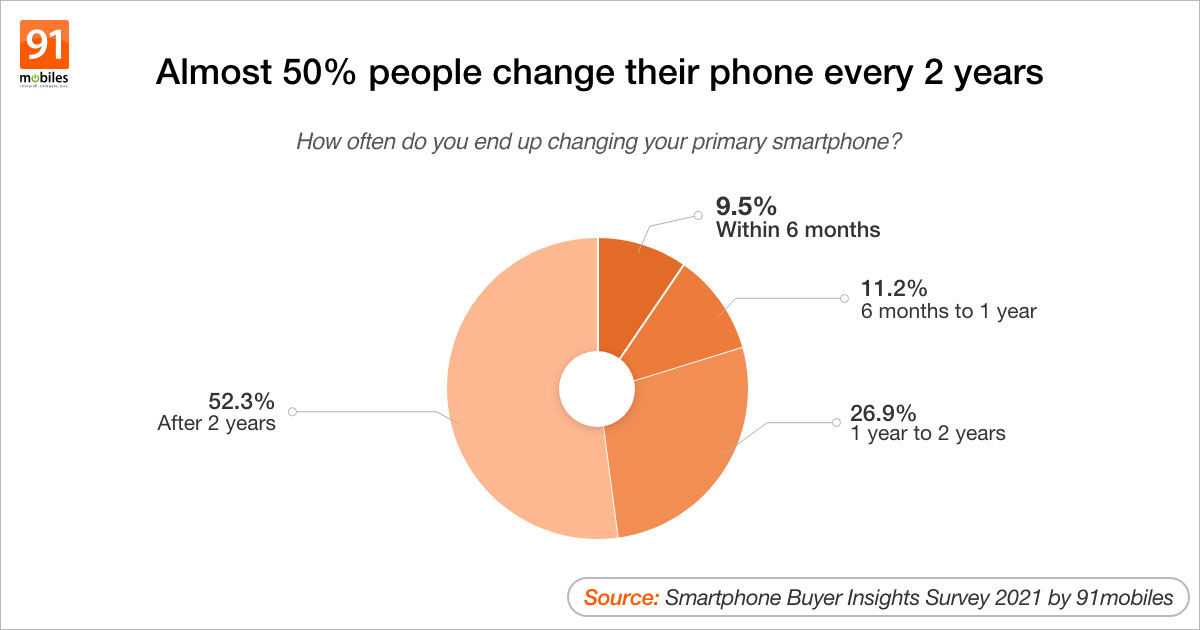 How people prefer to purchase a new smartphone

Now that we’ve summarised the insights covered previously, it’s time now to look at data based on how people prefer to purchase new smartphones. 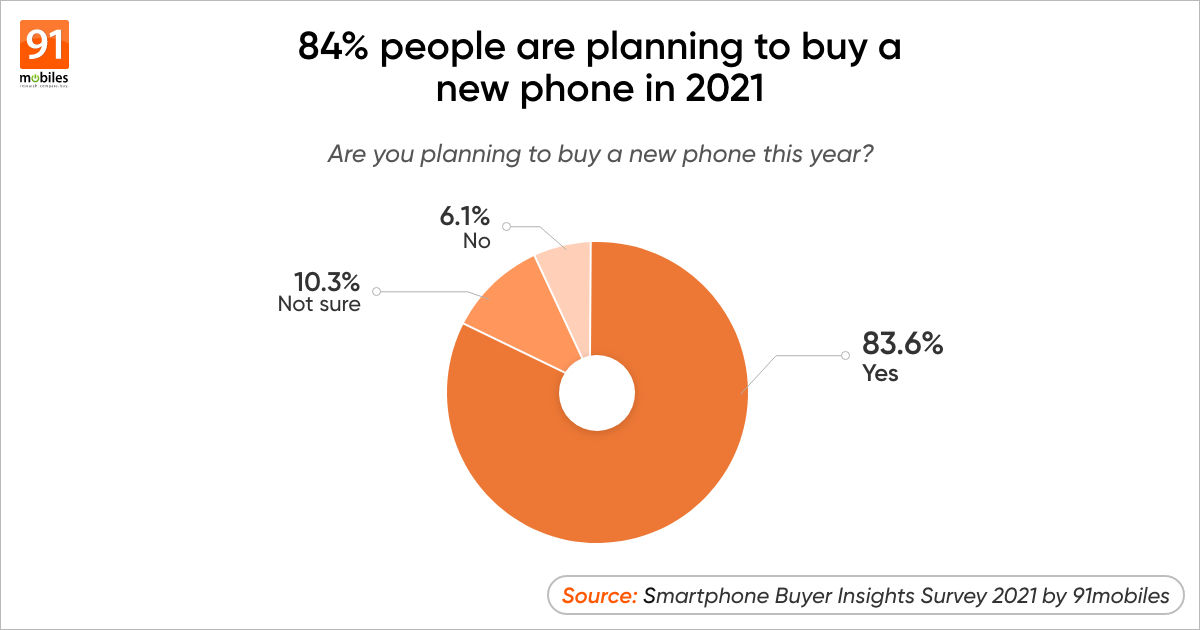 As one of the first points in this section, it’s clear that a significant chunk (almost 84 percent) of respondents are planning to buy a new phone within this year. 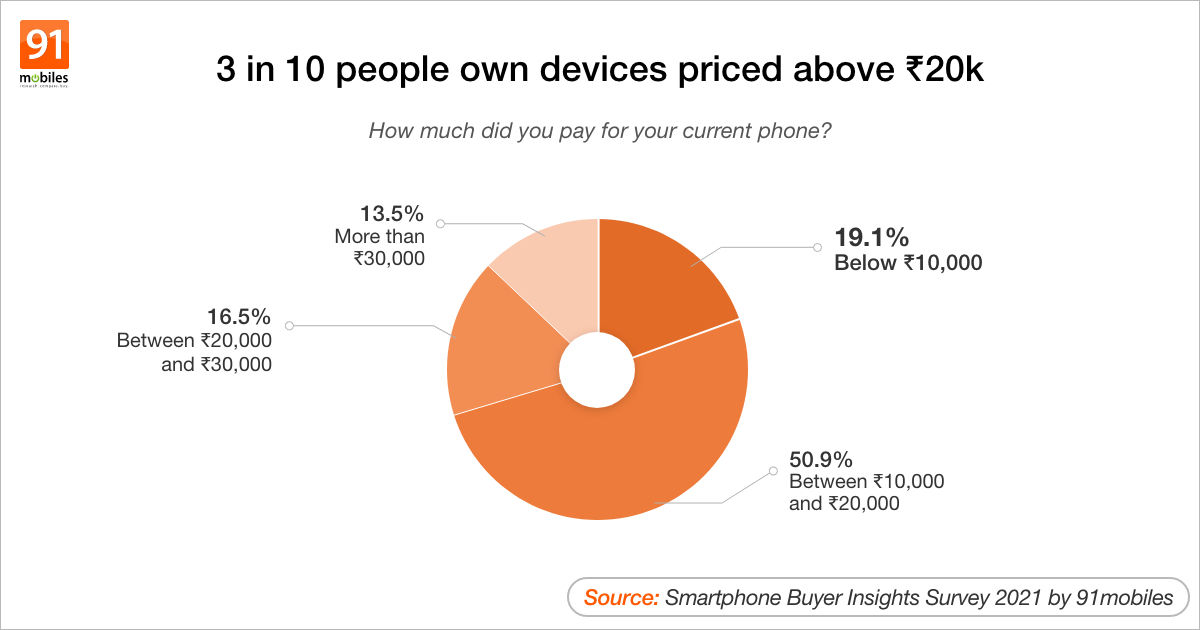 Next, a clear trend that has been noticeable over time has also been corroborated by our recent survey, and pertains to how Indians are moving up the value chain as far as smartphones are concerned. 30 percent people currently own smartphones priced above Rs 20k, based on survey data, up from 26 percent last year. A significant chunk (almost 51 percent), use phones priced between Rs 10k and Rs 20k. In fact, almost 90 percent people are considering buying 5G-enabled smartphones when they upgrade their handsets next, which is another data point that indicates how Indians are moving up the value chain. Despite 5G phones getting increasingly more affordable, this number indicates that a larger share of people will opt for pricier devices going forward, as one would need capable, powerful devices to unlock the real potential of 5G. 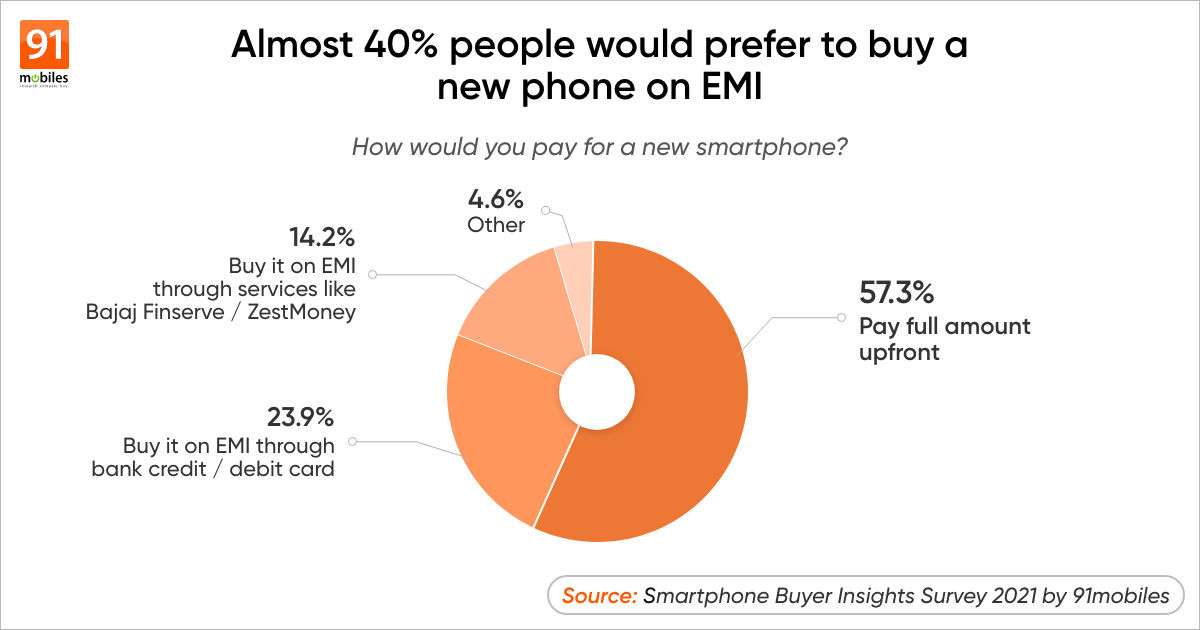 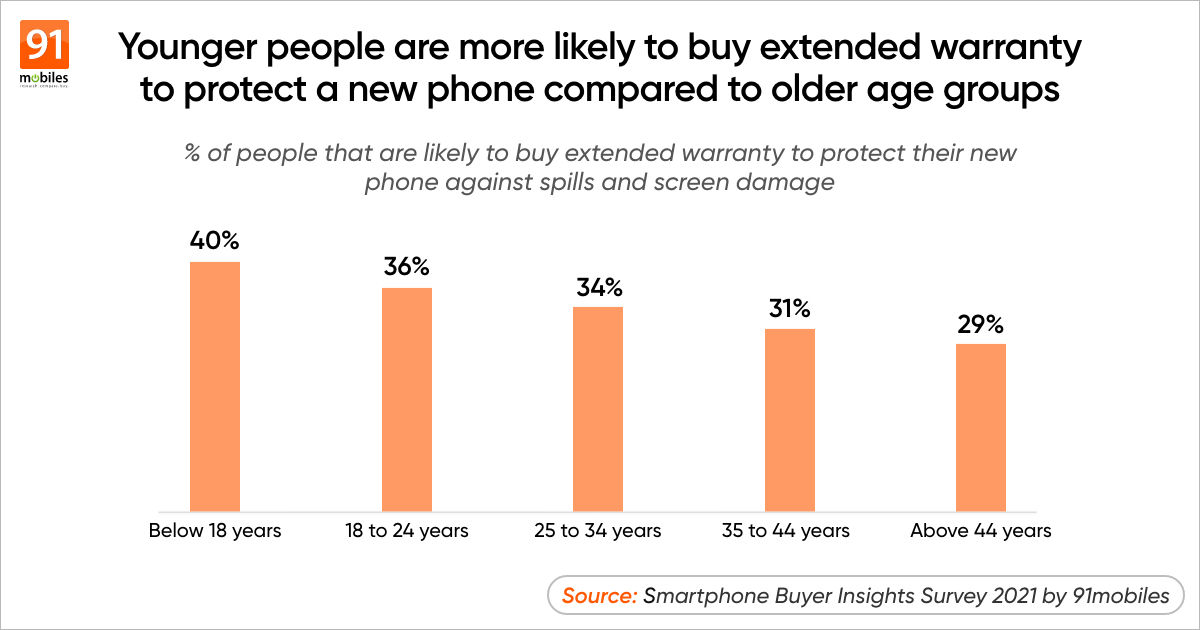 In fact, our data also shows that people aged between 25 and 44 are more likely to buy a new phone using EMIs.This applies to both card-based, as well as careless EMI transactions. Given that this age group includes young executives and working folks, possibly with a higher appetite for risk… this insight doesn’t really come as a big surprise. 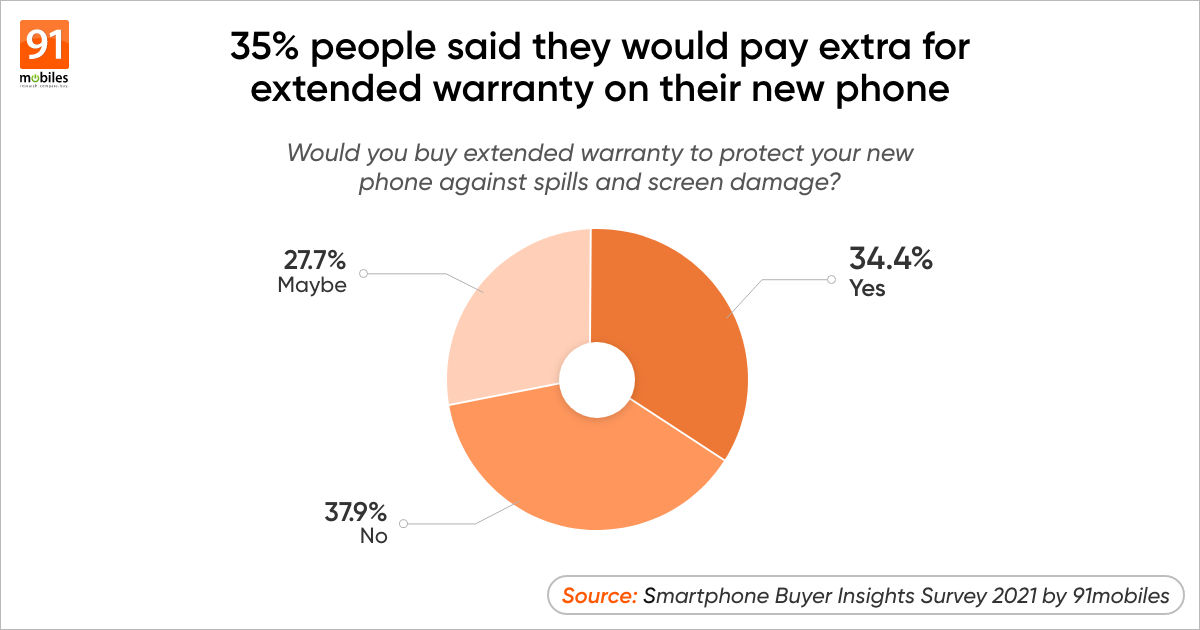 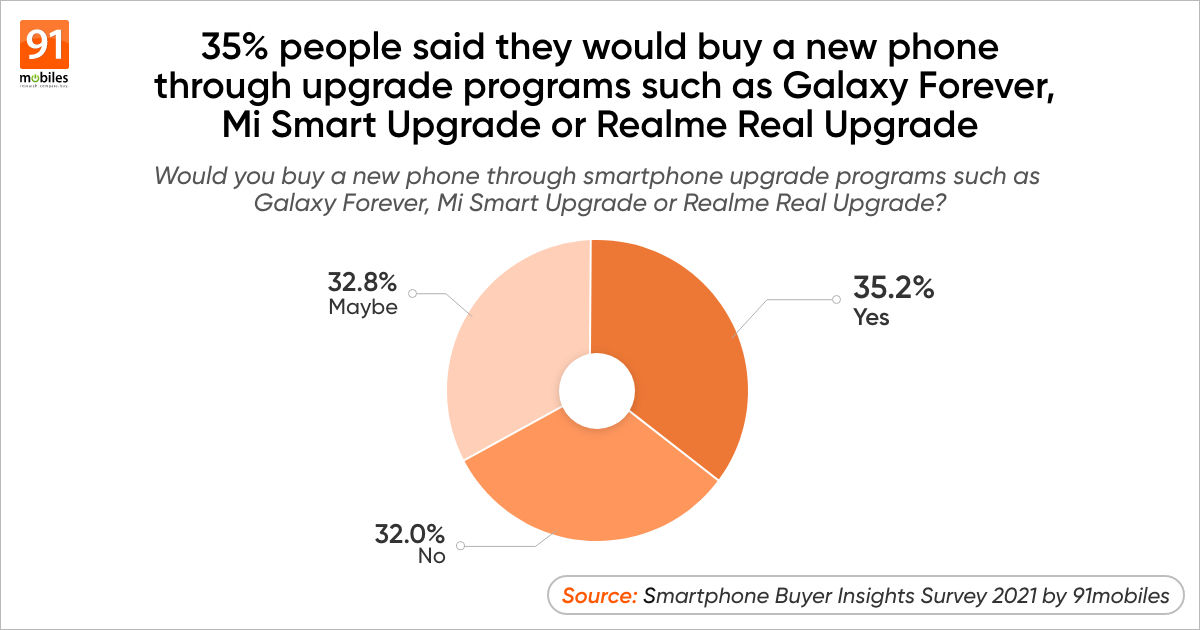 Another data point we have regarding the purchase behaviour of Indian smartphone users is that on upgrade programs. Quite a few smartphone brands have begun offering various types of upgrade programs, that usually come across as win-win for the companies as well as the buyers. On one hand, it allows buyers to upgrade their phones at lower prices, while the companies get to retain users within the fold.

That wraps up the points from the 91mobiles Smartphone Buyer Insights Survey 2021. Keep an eye out for more such insights, coming soon.