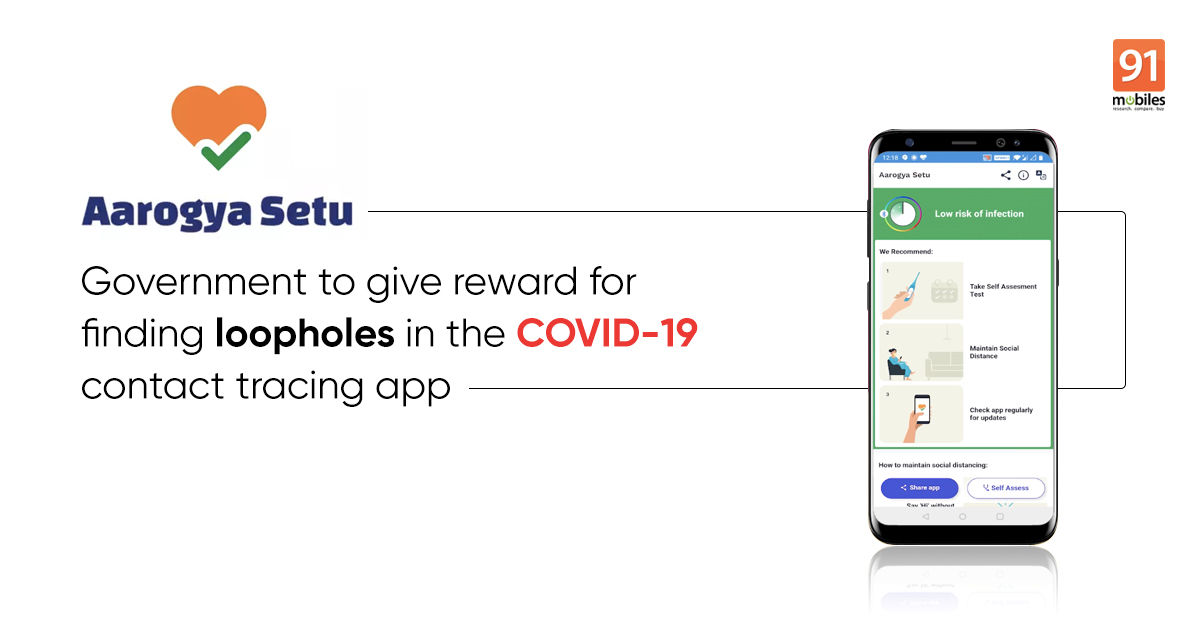 The government has made the code of COVID-19 contact-tracing app Aarogya Setu available on open-source platform Github and announced a bug bounty programme. The code for the Android version of the Aarogya Setu app will be released on open-source code repository Github, and starting Wednesday, anyone will be able to see and study the code. It is offering a reward of Rs 1 lakh to those who discover a bug or loophole in the app. “This is a unique thing to be done. No other government product anywhere in the world has been open-sourced at this scale. Today, its scale and size are 115 million. It cuts across phones, IVRS, and is available in 12 languages. All COVID-19 related apps put together, Aarogya Setu is bigger than all of them,” Amitabh Kant chief executive of NITI Aayog said.

It further added that all subsequent updates will be made open-source through this repository, and the codes for iOS and KaiOS (on JioPhone) versions of the app will also be made available soon. The move will help the government quell the privacy concerns of the app that many have raised and put an end to false claims.

Security researcher Karan Saini, meanwhile, believes the release of the code of Aarogya Setu app, though useful in its own right, still would not provide any concrete insights into how user data is processed or handled at the back end. LiveMint report quotes him “The code can only show what data is being accessed by the app and not how that data is being used on the backend.”

Ever since the launch of Aarogya Setu app, the government has been encouraging users to download it on their phones. The app inform users if they have come in contact with anyone infected with COVID-19 or someone at risk of coronavirus infection through contact tracing using GPS and Bluetooth. The Aarogya Setu app is currently on over 115 million smartphones, out of which 95 percent of them are Android users, said Ajay Prakash Sawhney Secretary Ministry of Electronics and Information Technology (MEITY). Kant said the app has allowed the government to predict over 3,000 hotspots at the sub-post office level and alerted over 140,000 Indians of possible infections.