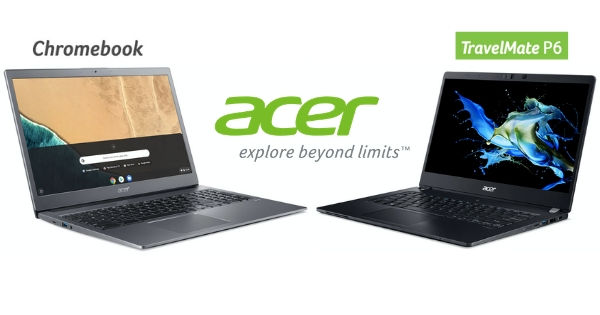 At an event held in New York today, Acer announced a bunch of new products, including a new TravelMate P6 notebook and two Chromebook laptops. In this post, we will take a look at the features and specifications of these new laptops. The TravelMate P6 series is a thin and light notebook that comes loaded with Windows 10 Pro, whereas the Chromebook also features an aluminium chassis and runs Chrome OS. 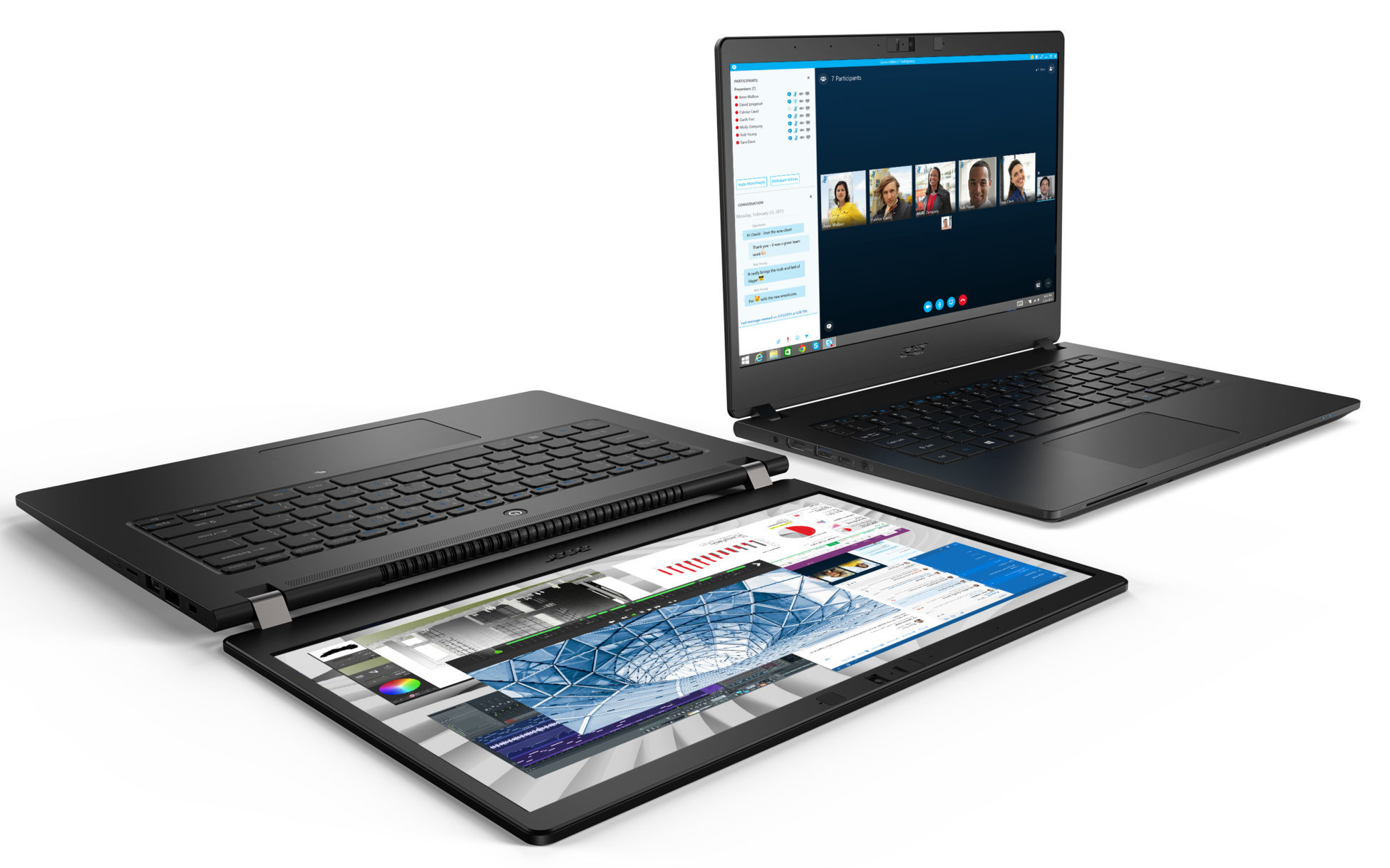 The new TravelMate P614-51 features a body built from aluminium and magnesium alloy. It is thin at only 16.6mm at its thickest and weighs in at just 1.1 kg. According to Acer, the laptop can provide up to 20 hours of battery life on a single charge and it takes only 45 percent to reach 50 percent charge. It runs Windows 10 Pro out of the box and is powered by the latest 8th generation Intel Core i7 processors and Nvidia GeForce GTX graphics cards.

The laptop also features up to 1TB of Gen 3 PCIe SSD and has a 180-degree hinge design, which allows users to lay it flat on a surface. It features a 14-inch FHD IPS display with 170-degrees of viewing angle. The TravelMate P6 also comes with a full-sized keyboard with backlit keys. The touchpad is protected with Gorilla Glass and it features four microphones for crystal clear audio. For connectivity, you get a Thunderbolt 3 port, a USB 3.1 Gen 2 Type-C port, MicroSD card reader, Smart card reader, NFC, and 4G LTE eSIM.

The Chromebook 714 comes with a 14-inch full HD display with slim side bezels and is available with both touchscreen and non-touchscreen panels. It can be configured with up to 8th generation Intel Core i5 processors or even Intel Celeron or Pentium Gold chipsets. It comes with an integrated fingerprint sensor as well, placed next to the keyboard. The touchpad is protected with Gorilla Glass. A lot of the features between the two models are the same.

The Acer Chromebook 715 has a larger 15.6-inch IPS Full HD display and is also available with/without touchscreen. It has a full-sized backlit keyboard, which is the only other difference between this and the Chromebook 714. The laptop will be powered by either the 8th generation Intel Core i5 processors or the Intel Celeron and Pentium Gold chipsets, the choice is yours. The chipsets can be paired with up to 16GB of DDR4 SDRAM and up to 128GB of eMMC onboard storage. These options are also available on the Chromebook 714 unit.

Both devices run on Chrome OS and have been claimed to provide up to 12 hours of battery backup. For connectivity, both Chromebooks feature two USB 3.1 Type-C ports, 1 USB 3.0 port and a microSD card reader. They also feature dual band Wireless AC 802.11 ac/b/g/n 2×2 Wi-Fi and Bluetooth 4.2. As both the laptops run on Chrome OS, users will have full access to all the apps from the Google Play Store.