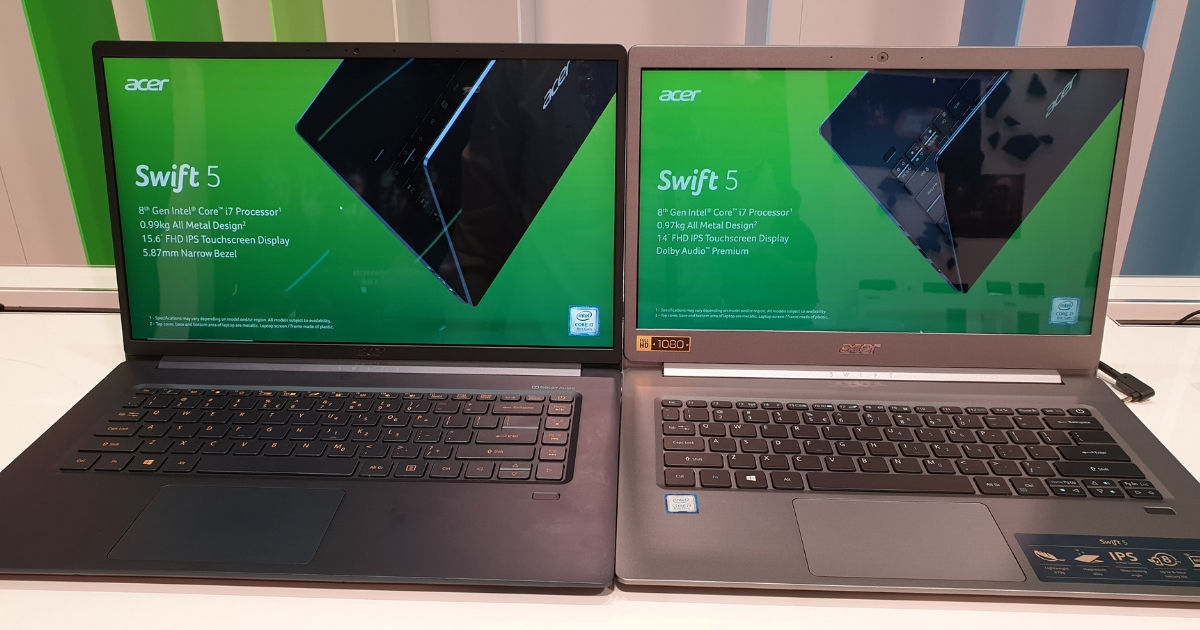 Even though modern-day laptops are quite portable, they’re still a tad heavy for lugging around day-in and day-out. Perhaps that’s why tablets as a category picked up, and we’re seeing more and more convertible options. Acer however, has been trying to tackle this problem with its Swift series of laptops. And the latest in the series – the Swift 5 – is its best offering yet and weighs less than a kilogram. The first thought that comes to mind, in this case, is whether the laptop has skimped upon any features to achieve such a low weight. Well, the short answer is no. Wondering why we’re saying that? Read on our hands-on experience of using the device at Acer booth during IFA. 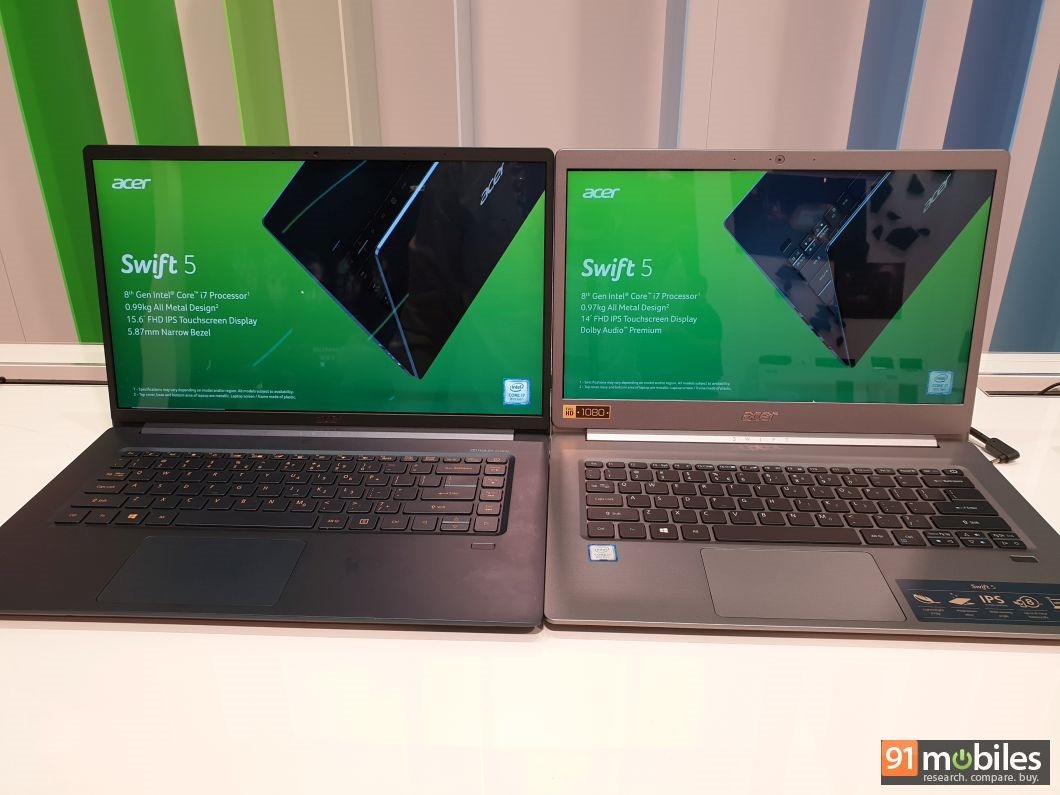 Before we begin, it must be noted that the Acer Swift 5 is available in two variants, one with a 14-inch display and another with a 15.6-inch screen. Apart from the different screen sizes and an indiscernible difference in their weights (990g for the larger of the two vs 970g for the 14-inch model) however, the laptops remain the same.

Of course, when you look at the Swift 5, it doesn’t seem to be a machine that has gone for a weight loss procedure. But hold it in hands, and you’ll in the awe of Acer’s engineering team. The laptop feels very comfortable to hold even with a single hand. It’s quite slim too. 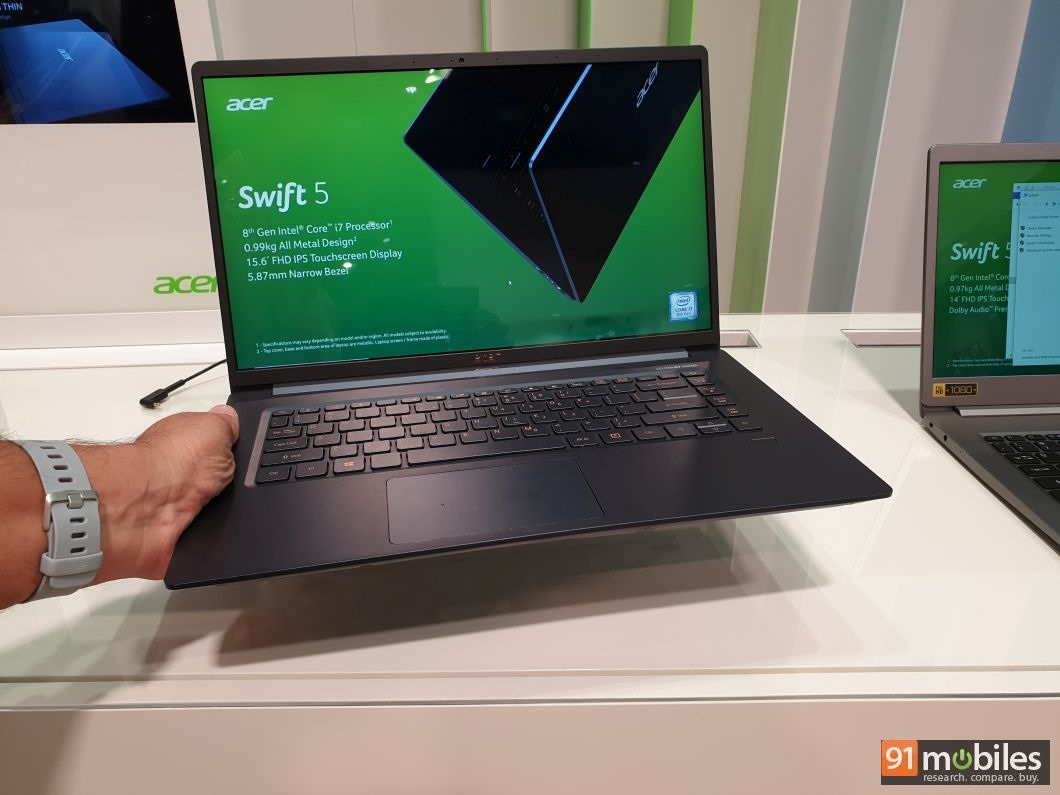 The Acer Swift 5 has also trimmed the bezels around the screen, though the laptop isn’t as bezel-less as some of the other recent notebooks we’ve come across. This is noticeable more so in the case of the smaller model, especially the area below the screen. The machine comes with the usual ports, which is quite surprising considering many ultraportables miss out on those to achieve a slim and lightweight state. On the 15-inch variant, there are two full-sized USB Type-A ports, one HDMI port, a proprietary charging socket and a Type-C port on the left edge, while the right side sports a lock port, a 3.5mm audio interface and an SD card slot along with LED status indicators. In comparison, the smaller sibling skips the SD card slot and comes with only two USB ports.

In the case you are worried about the build quality of the Acer Swift 5, don’t be. While we assumed that the laptop would be made out of plastic, it actually employs magnesium alloy. That makes the device feel quite solid, although the screen shows flexing issues when pressed on the sides. Interestingly, you can also lay the screen flat on the surface.

Speaking of the display, both the 14-inch and 15.6-inch models of the Swift 5 feature full HD+ screen resolution. The panels offer sharp text and good colour reproduction, though they’re quite reflective. Interestingly, the displays also support touch, which is quite useful when combined with Windows 10. 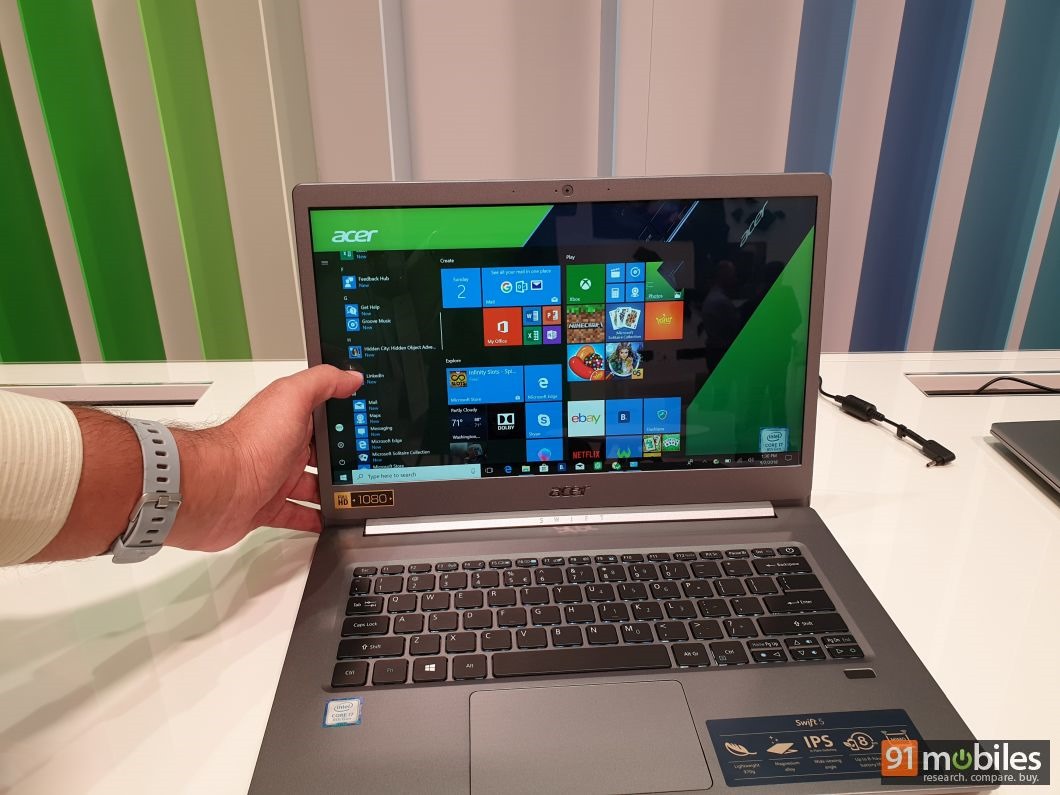 In terms of the hardware, the laptops can be configured with up to 8th-gen Intel Core i7 processors and up to 16GB RAM. The models we checked out however, utilised the Core i5 8265U processor paired with 8GB of RAM. The storage needs are taken care of by HDDs of up to 1TB capacity. 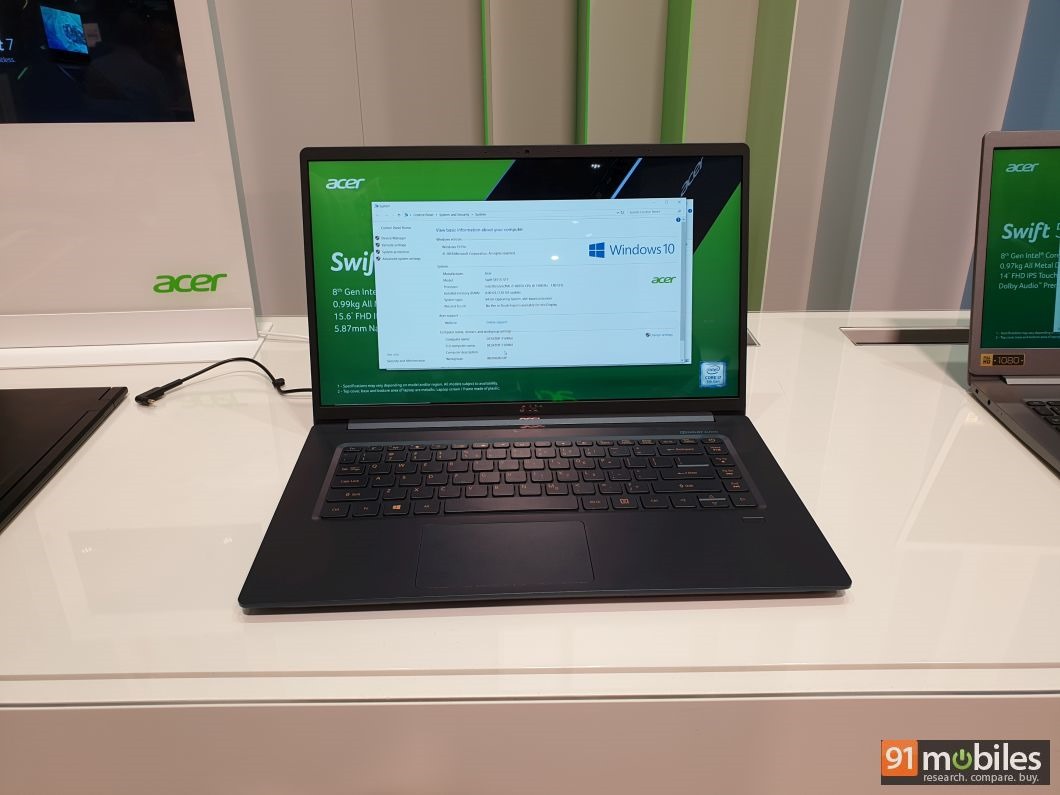 Even with the lightweight build, the Acer Swift 5 also offers a satisfactory typing experience. There’s ample space between the backlit keys, and even though they’re made of rubber, they manage to offer good feedback when pressed. The touchpad is quite responsive too, and there’s a fingerprint scanner just below the keyboard to let you unlock the laptop using biometrics. 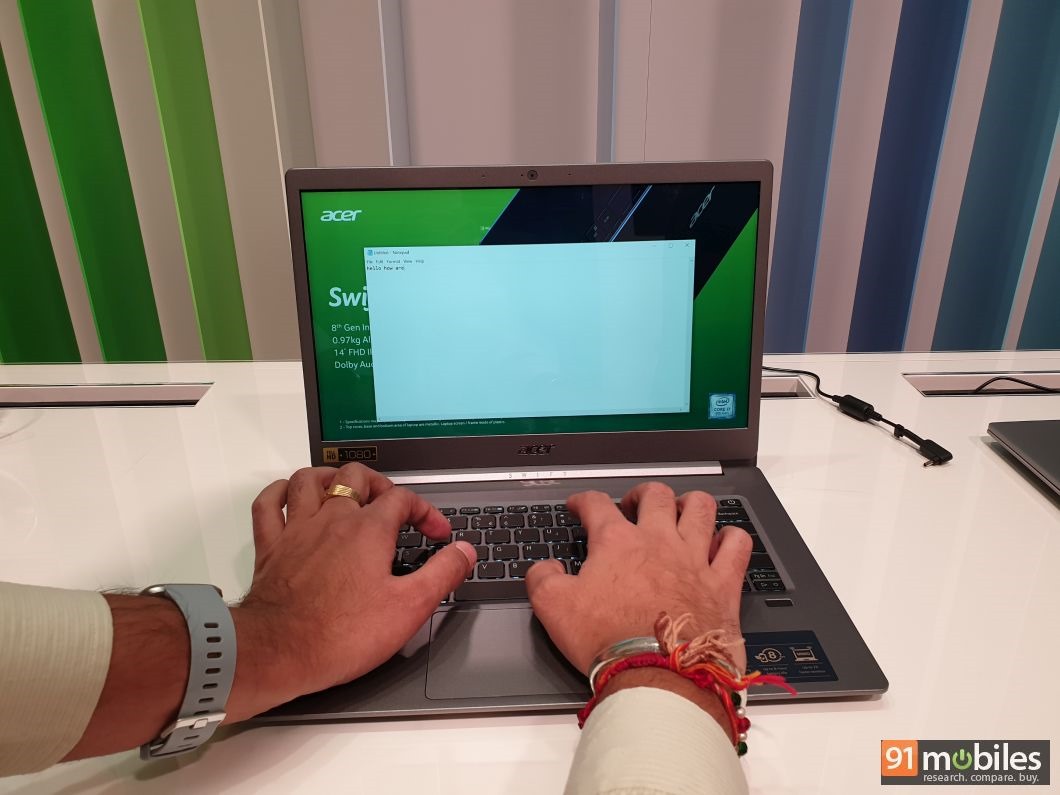 The pricing of the Acer Swift 5 starts at €999 (roughly Rs 83,500) and it’ll be going on sale in select countries in the month of September itself. Sadly, there’s no confirmation if and when the brand is planning to release the laptop(s) in the Indian market, so we’ll just have to keep our eyes peeled.