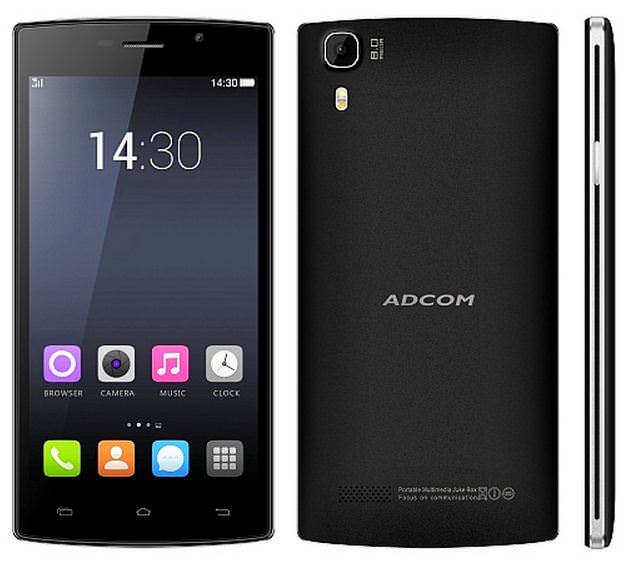 Soon after the launch of the Adcom KitKat A40, the company has released its second KitKat-series smartphone, the KitKat A54. The phone is priced at Rs 5,599 and will be initially available exclusively on Snapdeal starting November 30th, followed by other e-commerce websites and brick-and-mortar retail stores.

The Adcom KitKat A54 as the name suggests runs on Android 4.4.2 KitKat. It features a 5-inch IPS display with a resolution of 480 x 854 pixels, and is powered by a 1.3GHz quad-core MediaTek MT6582M processor, paired with 1GB of RAM. The phone sports an 8MP autofocus rear shooter with an LED flash, and a 3.2MP front snapper for video calling. Internal memory on board is 4GB, which is further expandable up to 32GB using a microSD card. The dual-SIM device offers 3G, Wi-Fi, Bluetooth 4.0, micro-USB and GPS. It is fuelled by a 1,750mAh battery, which is rated to deliver eight hours of talk time and 320 hours of standby time.

The Adcom KitKat A40 that was released earlier comes with entry-level features including a 4-inch display, a 1.2GHz processor, dual-SIM, 3G, and a 1,650mAh battery. It is officially priced at Rs 4,500, but is up for grabs from multiple online stores for as little as Rs 2,999.