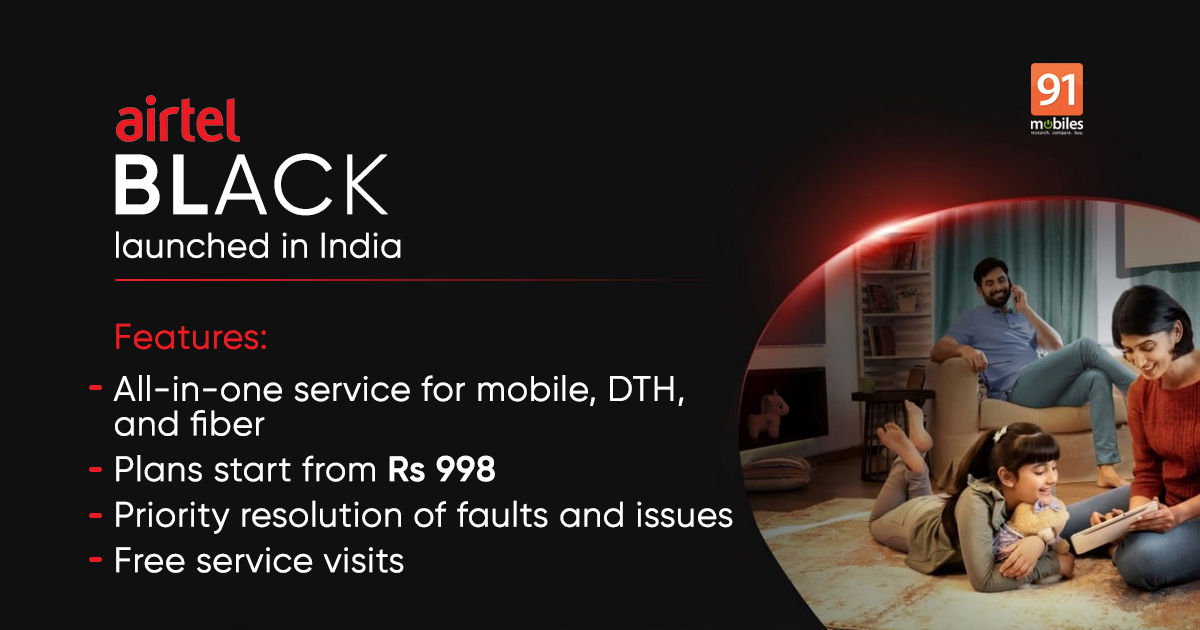 Bharti Airtel has announced ‘Airtel Black’, which is claimed to be India’s first all-in-one solution for homes. It is a new program under which customers can bundle two or more of Airtel services, such as Fiber, DTH, and Mobile and receive a single bill so you don’t have to deal with multiple payments for each service individually. As Airtel Black users, customers are entitled to a dedicated team of relationship managers and priority resolution of faults and issues. All of this is combined with zero switching and installation costs and free service visits for life. Airtel seems to have rebranded One Airtel, a similar program that was launched a while ago, with some additional features. Here’s a look at the Airtel Black fixed plans (the plans exclude GST).

Airtel says the ‘Airtel Black’ program eliminates the need for the hassle of managing multiple bill payments by offering a single, unified bill. Airtel Black customers will be connected to a care representative within 60 seconds of calling and the issues will be solved on a priority basis. All service visits needed for the service will be free of charge and will be on priority. Airtel Black offers multiple plans and customers have the freedom to choose each service and bundle them together for billing. 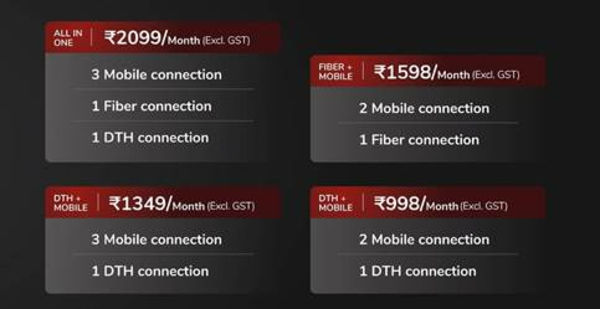 Customers interested to get Airtel Black can download the Airtel Thank app and choose an Airtel Black plan or customise their own plan by bundling the existing services. Alternatively, they can visit an Airtel Store and the team will help them get on board or can give a missed call on 8826655555 and an executive will reach out to you.