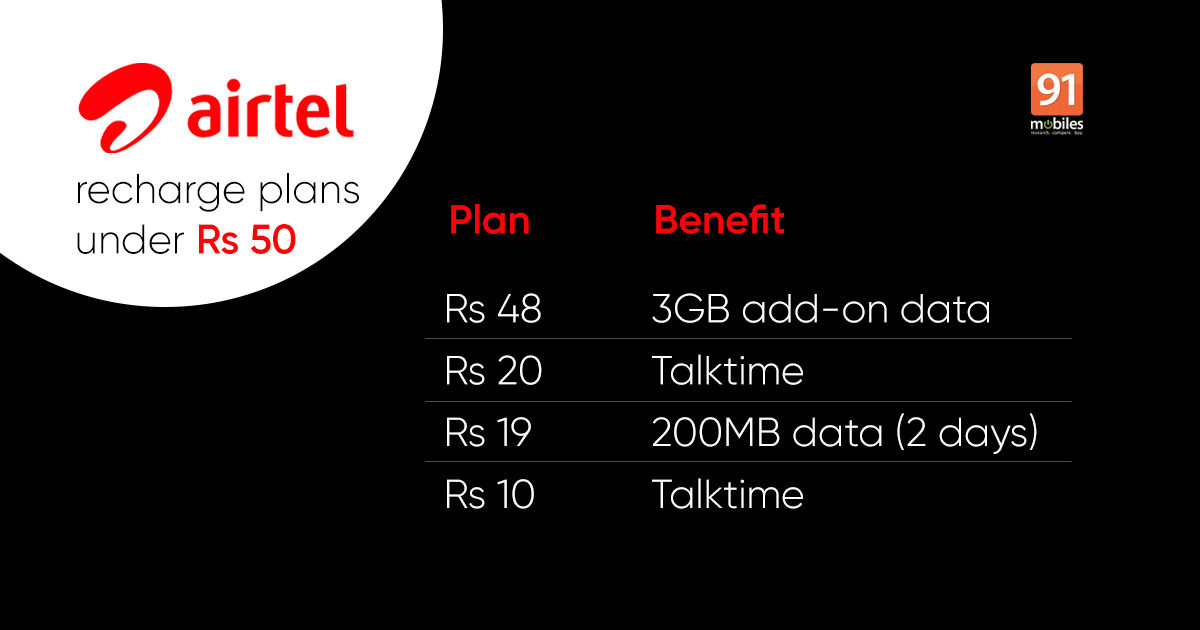 Bharti Airtel has introduced a range of cheap recharge plans in India, all of which are priced under Rs 50. These are announced for those who looking for affordable Airtel plans with benefits like data and talktime. The new Airtel plans are Rs 48, Rs 20, Rs 19 as well as Rs 10. These new plans are now available to recharge through the Airtel website. These plans will take on Jio’s top-up plans and they come just days after the telco announced new Disney+ Hotstar Mobile subscription plans.

Airtel’s Rs 10 plan: This is Airtel’s cheapest recharge plan and it offers a talk time of Rs 7.47 and the validity of the same is unlimited.