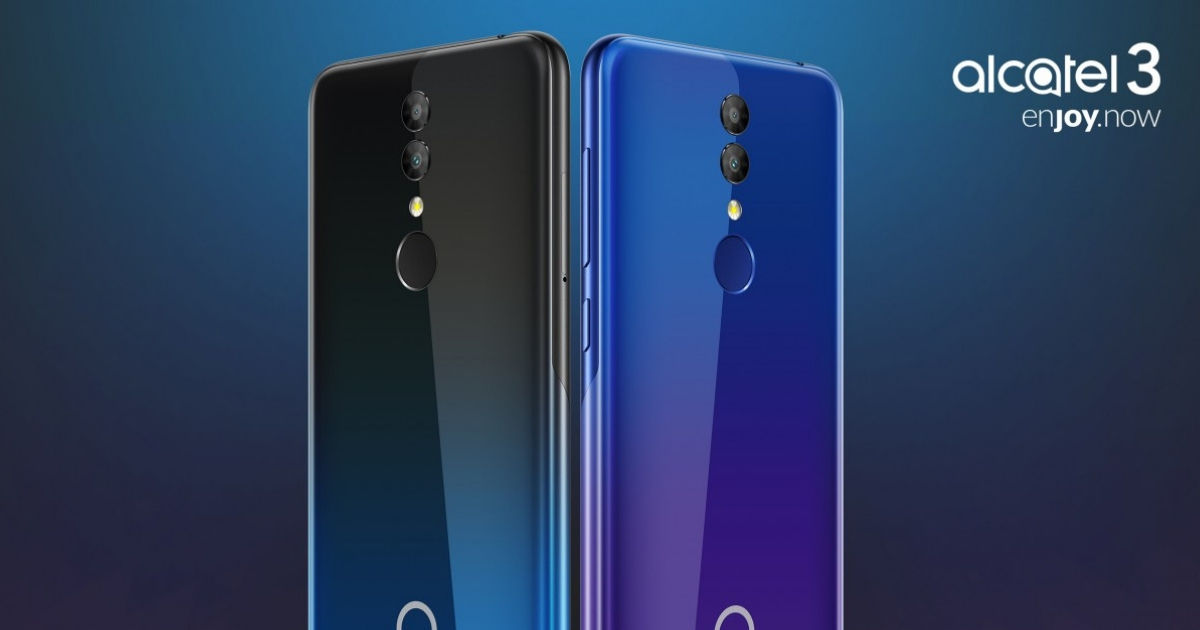 “The Alcatel 3T 10 is being offered with an optional Audio Station, which turns it into a smart 2-in-1 system“

Alcatel, a brand owned by TCL Communications, announced an array of devices at its pre-MWC event held yesterday. Notably, TCL communications also showcased its patented DragonHinge mechanism and a portfolio of concept foldable smartphones. The list of Alcatel smartphones includes three smartphones and a 10-inch tablet, which comes with an optional docking speaker, which the brand is calling Audio Station. These devices are called Alcatel 1s, Alcatel 3, Alcatel 3L and the Alcatel 3T 10 tablet. 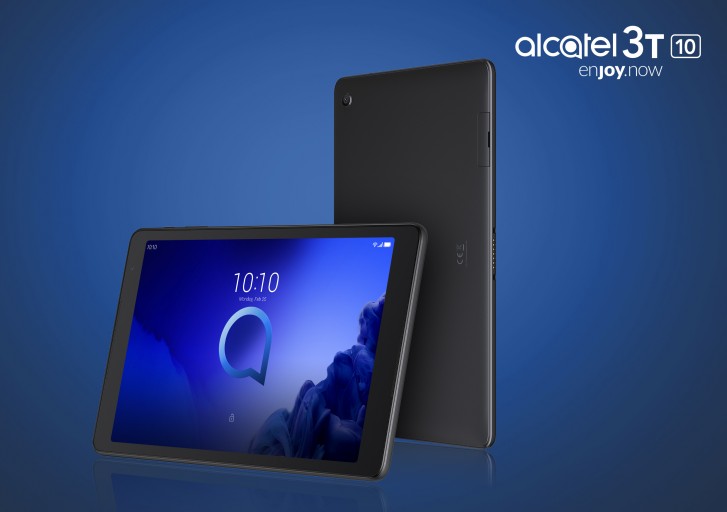 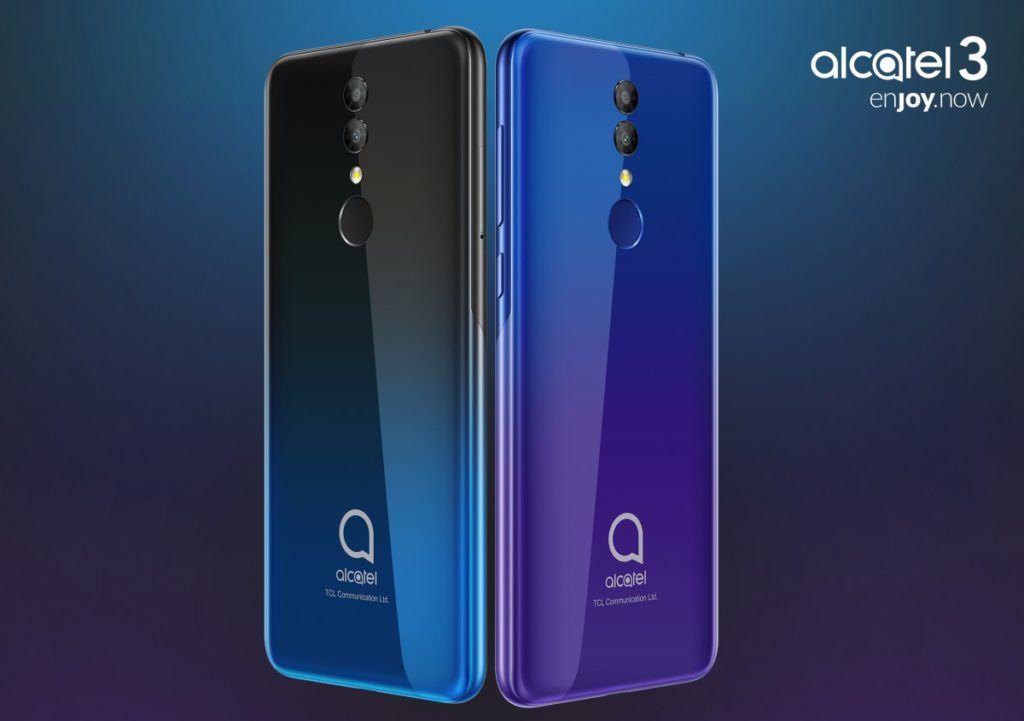 The Alcatel 3 is the most premium device of the lot and comes with an attractive gradient design (Blue-purple or Black-blue) with “Super Full View” display. The display features an aspect ratio of 19.5:9 to accommodate the teardrop notch and measure 5.9-inch across the diagonal. The screen offers a resolution of 1,560 x 720 pixels and screen-to-body ratio of 88 percent. Ticking at the core of the handset is a Snapdragon 439 chipset, which is a 12nm unit.

In the camera department, the phone offers 13MP f/2.0 + 5MP f/2.4 setup on the back and 8MP f/2.0 shooter on the front. The camera has been equipped with features like real-time bokeh, post-shot refocus and AI-based scene recognition. The handset is powered by a 3,500mAh battery and boots Android 8.1 Oreo. However, Alcatel has promised the Android 9 Pie update rollout soon. For security, there is a rear-mounted fingerprint scanner. 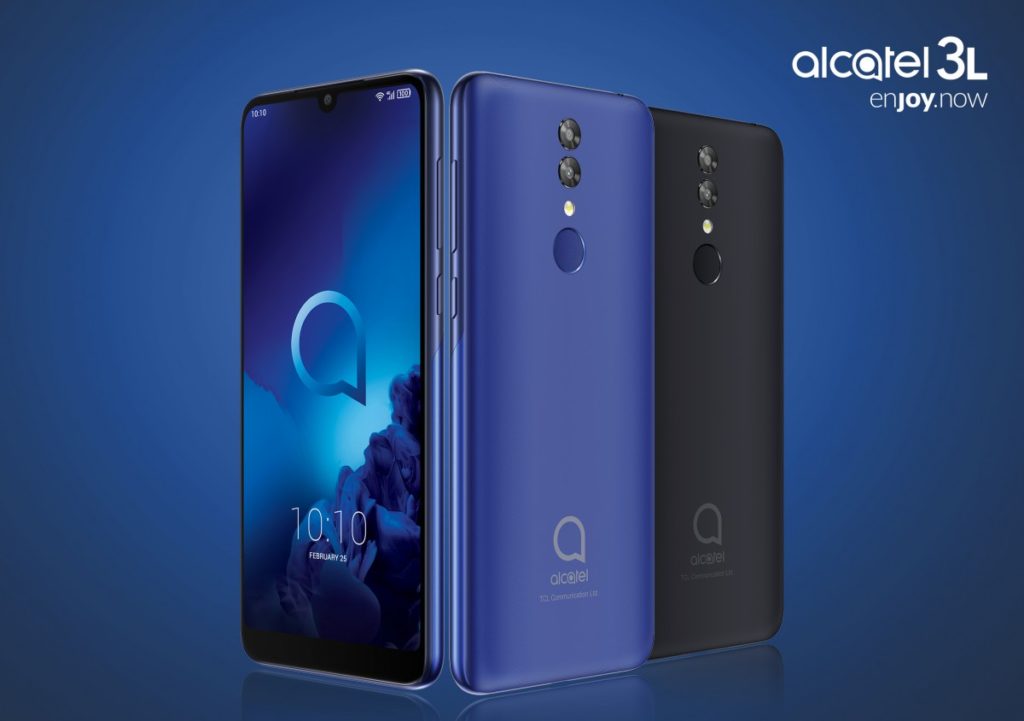 The Alcatel 3L is the slightly toned down variant of the top-end model and features a more sedate solid hues – Anthracite black or Metallic blue. Apart from that, it comes with a Snapdragon 429 SoC accompanied by 2GB RAM and 16GB storage. The smartphone is also missing the NFC, which is present in the Alcatel 3 and the fingerprint scanner is also expected to be amiss in several markets. Apart from these, the spec sheet of Alcatel 3L is identical to that of its sibling. 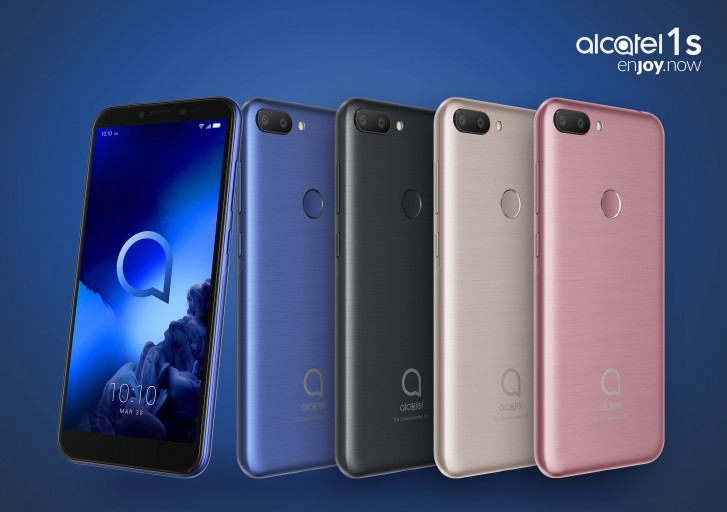 The Alcatel 1s is an entry-level option and ships with a more conventional 18:9 5.5-inch display with 1,440 x 720 pixels screen resolution. Driving the performance of the smartphone is a Spreadtrum SC9863 chipset, which is backed by 3GB RAM and 32GB user expandable storage. Surprisingly, the smartphone runs Android 9 Pie out if the box. In the camera department, the phone has a 13MP + 2MP setup on the rear panel and 5MP camera on the front for selfies. There is a rear-mounted fingerprint scanner for security and 3,060mAh battery for power requirements. Alcatel is offering the 1s in Metallic Black, Metallic Blue, Rose and Gold colourways. 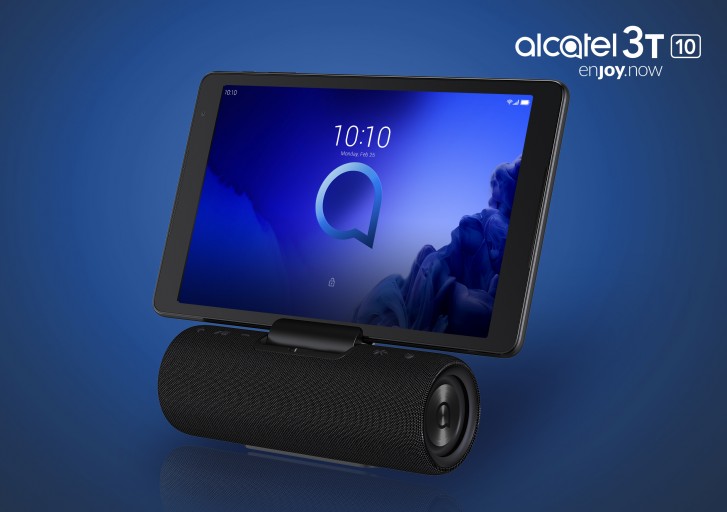 The Alcatel 3T 10 Tab, as the name suggests, is a tablet offering and ships with 10-inch IPS display with 1,280 x 800 pixels resolution. The performance is handled by a 1.28GHz quad-core MediaTek MT8765B chipset, which is backed by 2GB of RAM and 16GB of expandable storage. As for imaging, the single SIM slate features a 2MP rear camera (interpolated to 5MP) and the same setup on the front for selfies as well. The 4G Tablet come powered by a beefy 4,080mAh battery.

As for the Audio Station, the docking speaker allows users to turn the tab into an on-screen hub, which can facilitate home automation and multimedia features. The fabric-covered speaker comes with a 2,000 mAh battery, Bluetooth 4.2, 3.5mm audio jack and two 5W, 40mm driver speakers.