91mobiles.com
Home News AliExpress, 42 other Chinese apps blocked by government in latest round of...
Highlights 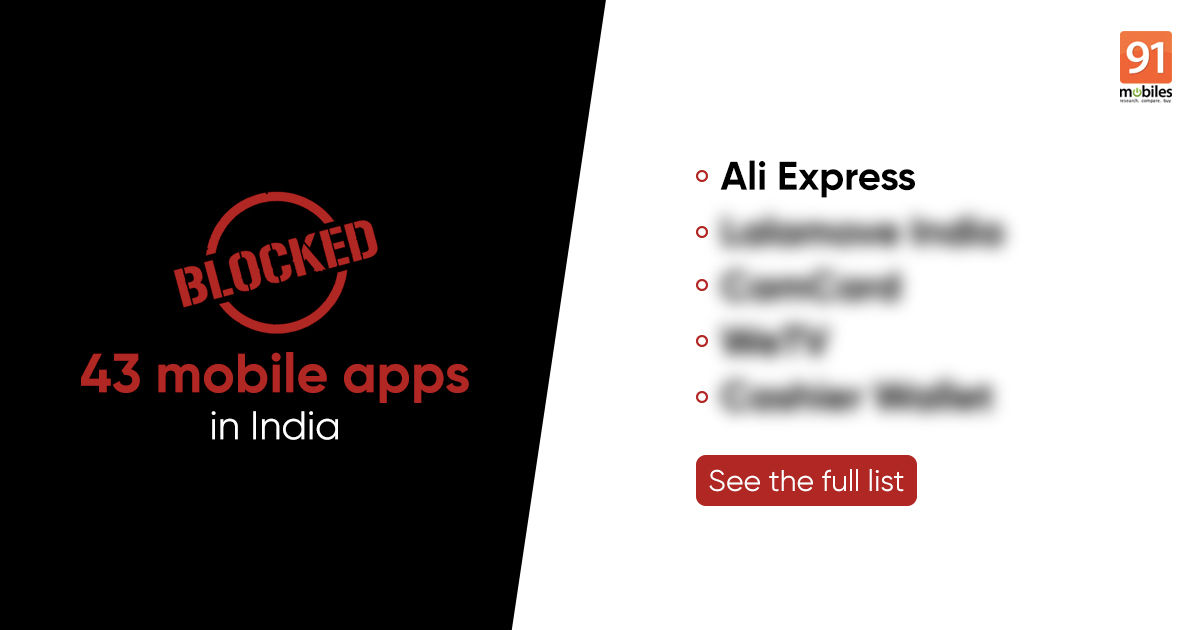 The government has banned 43 more Chinese apps in India for “engaging in activities prejudicial to sovereignty and integrity of India.” This is the fourth time the government has announced a ban on China-based apps over national security concerns. Though there are not many prominent names in the current list, AliExpress – the consumer e-commerce app of the Chinese giant Alibaba – has been banned from operating in the Indian market due to the new ban. AliExpress joins the likes of PUBG Mobile and TikTok as major internet players to get banned in India.

The full list of 43 Chinese apps banned this time around is below:

In June this year, the government banned 59 Chinese apps from operating in India, followed by 47 in the next round of bans in July. The last such round of app bans was in September, which saw 118 apps, including PUBG Mobile and VPN for TikTok, get blocked. Like the previous three rounds, today’s ban has been implemented under Section 69A of the Information Technology Act by the Ministry of Electronics and Information Technology.
Some of the Chinese apps banned in the past have appealed to the government to change its stance and allow them to operate in India. PUBG Mobile — owned by South Korea’s Krafton — is planning a relaunch in India and has tied up with Microsoft to bypass the ban. TikTok, on the other hand, chose to bow out of India and shut its local operations.
ShareTweetShare

47 more Chinese apps banned in India; PUBG Mobile and 274 other apps on the radar too