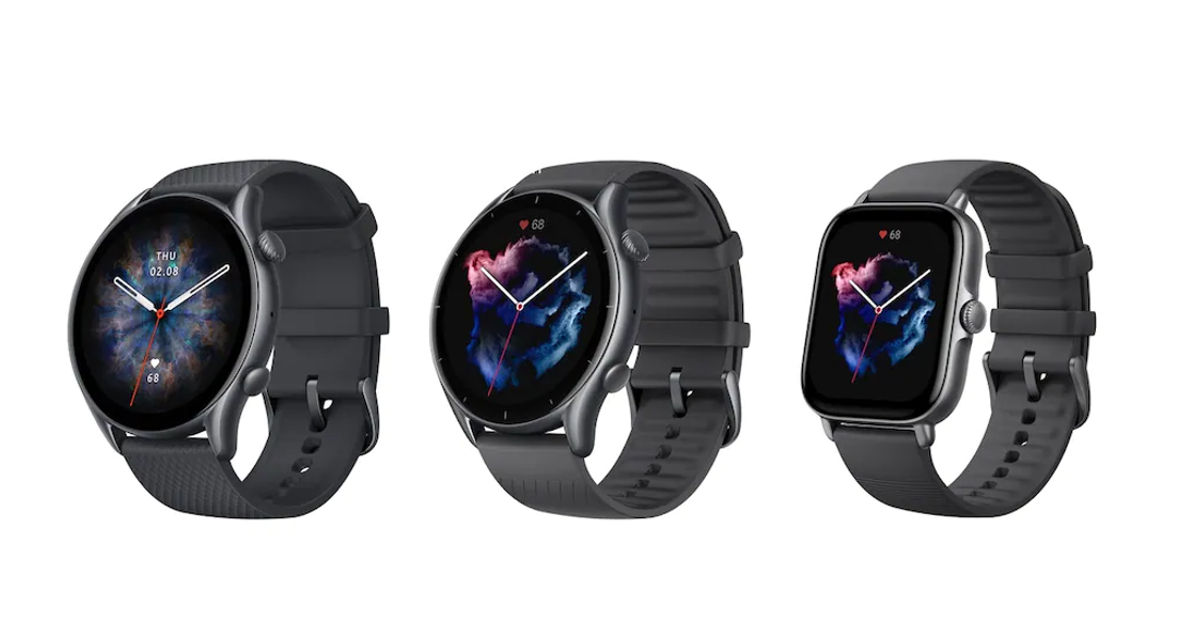 The Amazfit GTR 3 comes with a 1.39 inch circular AMOLED Display, with 1000 nits peak brightness. The watch has a screen-to-body ratio of 66%, with a total weight of 32gms. In terms of battery, the company claims that the watch can last up to 21 days with a 450mah battery. The watch includes built-in GPS, BioTracker 3.0 PPG biometric sensor, sleep tracking, and support for over 150 sport modes.

The Amazfit GTS 3 has a 1.75-inch rectangular display that offers 1000 nits of peak brightness with 341ppi pixel density. It supports 100+ watch face with Always-on Display mode. The GTS 3 has a 250 mah battery which the company claims can run up to 12 days. 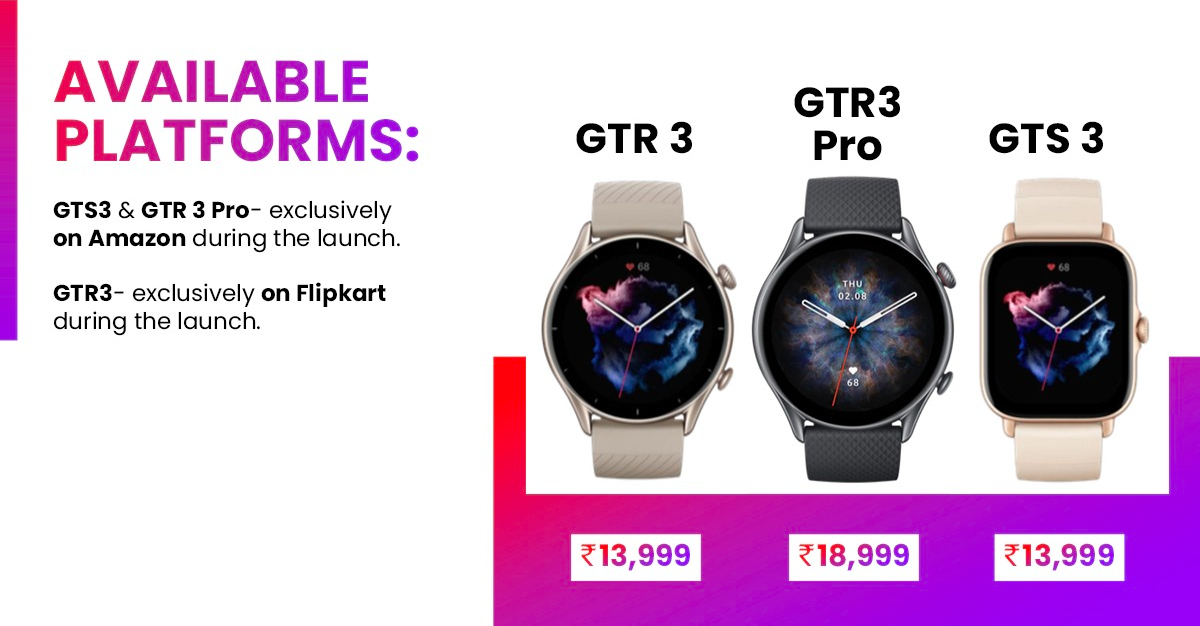 Now coming to the new Amazfit GTR 3 Pro, the first Pro model in the GTR series, it comes with a circular 1.45 inch AMOLED display with 1000 nits peak brightness. It has a bigger 70.6% screen-to-body ratio with support for over 150 watch faces. The watch, like the other 2 watches also supports Always On Display mode. The main difference between the normal GTR 3 and Pro moniker is the inclusion of an inbuilt speaker for Bluetooth calls and 2.3GB of onboard memory, capable of storing up to 470 songs. This means independent music playback directly from your watch without your phone in hand and also direct calling from the watch itself.

The Amazfit GTS 3 and GTR 3 Pro is priced at Rs 13,999 and Rs 18,999, respectively, whereas The GTR 3 costs Rs 13,999. Both GTS 3 and GT3 Pro will be available for purchase through Amazfit’s official website and Amazon India starting at 12 pm today (October 20th). The Amazfit GTR 3 will also be sold through Amazfit’s official website and Flipkart at 12 pm today. During the first three days of sales (i.e., from October 20th to October 22nd), the three smartwatches will be available with a Rs 1,000 additional discount.