“Amazfit posted a teaser on social media today, revealing the launch date but not much else”

Huami, the Xiaomi-backed wearable technology brand, has announced today that it will be launching a new smartwatch on July 16th. The smartwatch will be under the Amazfit series, which is also sold in India. The company released a teaser for the launch today, with the “Grand Tour Racing” slogan and with a post message saying “Life is a Long Race”. This clearly means the Amazfit GTR will have long battery life. In addition to the teaser, the post shared on Weibo hints that the new Amazfit GTR will have 24-day battery life. Besides this, not much is known about the upcoming wearable.

We can expect the smartwatch to feature health and smartwatch functions equally. The company already has a number of smartwatches to its name. Most recently, the wearable maker announced the Amazfit BIP Lite in India which also has an advertised 45-day battery life, thanks to its always-on TFT display 8-colour display. 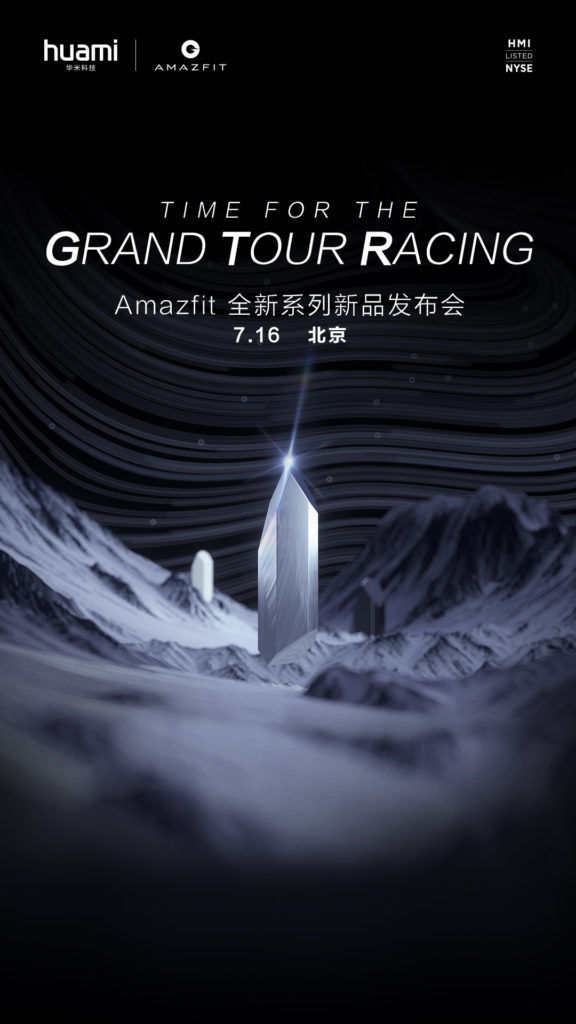 In China, Amazfit launched the Amazfit Health Watch last month that is equipped with a Huangshan No.1 chipset. This chipset is the world’s first with AI neural network capabilities. It has four AI core engines – cardiac biometrics engine, ECG, ECG Pro, and Hearth Rhythm Abnormality Monitoring Engine. We can also expect Huami’s upcoming smartwatch to feature the processor although this isn’t yet confirmed.

According to the latest financial report for the quarter ended March 31, 2019, Huami’s revenue was $119.1 million. And as per a 2018 global smartwatch survey by Counterpoint, Amazfit occupies fourth place, with the AMAZFIT Bip becoming the world’s third-best-selling smartwatch.