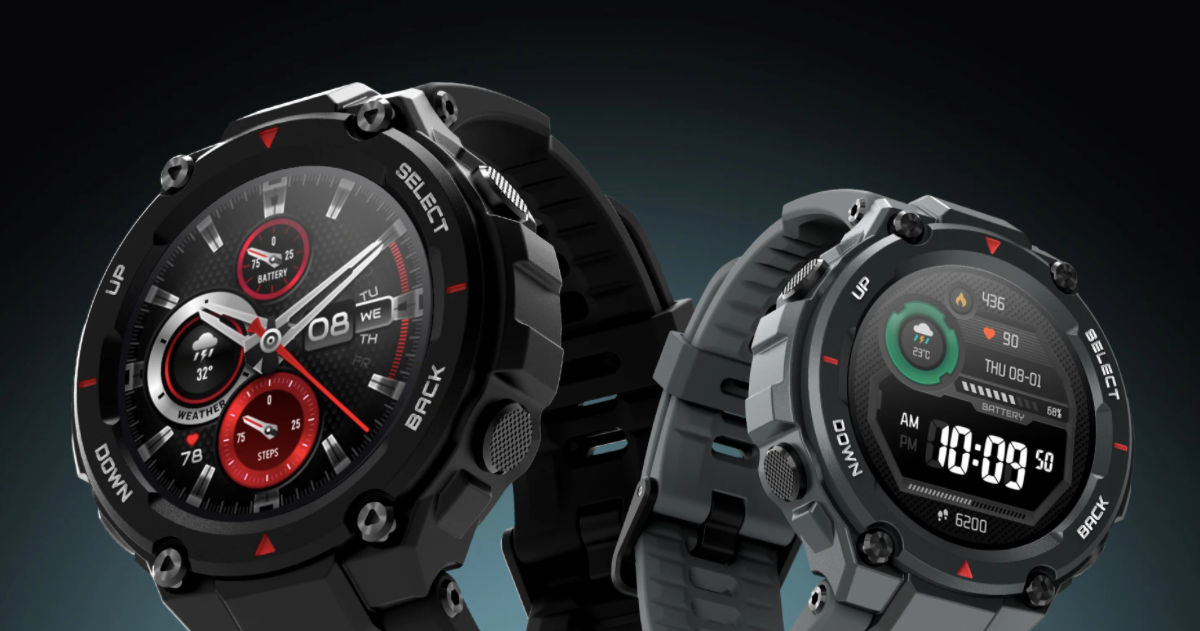 Huami has launched its new smartwatch, the Amazfit T-Rex, in India. The watch was globally announced back in January at CES 2020 touting a rugged design that is exclusively designed for outdoor sports and adventure enthusiasts. The company claims that the Amazfit T-Rex has passed 12 regulation of military standard (MIL-STD-810) quality test, which means it can withhold extreme cold and heat temperatures. The wearable is also resistant against corrosion and moisture and has passed 240-hour damp heat test, and 96-hour acid-alkali test. Other key Amazfit T-Rex features include up to 20 days of battery life, 1.3-inch AMOLED display, 5ATM water-resistant, and a slew of activity tracking features.

Amazfit T-Rex price in India is set at Rs 9,999. The wearable comes in four colour options: Rock Black, Camo Green, Khaki, and Army Green, and is already on sale in the country via Amazfit website and Amazon.in. The smartwatch will soon be available for sale through offline stores like Croma, Reliance Digital, and Poorvika Mobiles.

Talking about the Amazfit T-Rex specifications, the smartwatch ships with a 1.3-inch AMOLED display with 360p resolution, Always-on feature, and Corning Gorilla Glass 3 layer on top. The watch, as stated above, comes clad in a rugged design that is said to beat heat up to 70-degree Celsius and cold up to minus 40-degree Celsius. The T-Rex connects via Bluetooth 5.0 with phones running Android 5.0 or later and iOS 10.0 or later.

On the fitness front, the Amazfit T-Rex features 14 sports modes, including swimming. The watch is 5ATM water-resistant, which means it can withstand submersion up to 50m. There’s support for GPS+GLONASS owing to Sony chip that offers 20-hour continuous working time. Additionally, the T-Rex houses optical heart rate monitor (PPG) an “advanced” activity tracker and a sleep monitoring sensor, 3-Axis Acceleration Sensor, Geomagnetic Sensor, and Ambient Light Sensor. The Amazfit T-Rex is driven by 390mAh battery that is claimed to last up to 20 days on a single charge. The smartwatch measures 47.7mm x 47.7mm x 13.5mm and weighs 58 grams.