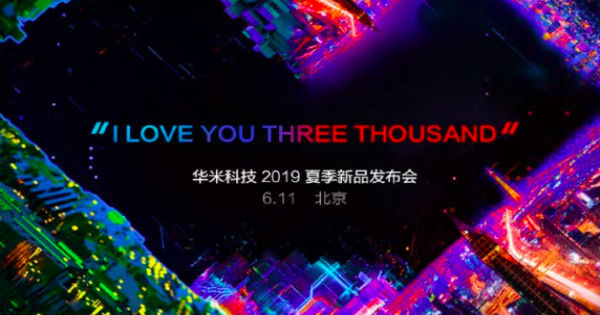 Huami has teased the launch of a new smartwatch on June 11th in China. While the brand didn’t reveal anything about what’s coming, reports suggest it could be the Amazfit Verge 2. Separately, Qualcomm China has posted a promotional teaser of the upcoming product, revealing it could ship with the latest Qualcomm wearable chipset, have e-SIM support to make calls independently, and more. The teaser images posted by Huami Technology and Qualcomm highlight “I LOVE YOU THREE THOUSAND,” hinting that the Wear 3100 chipset could power the smartwatch. 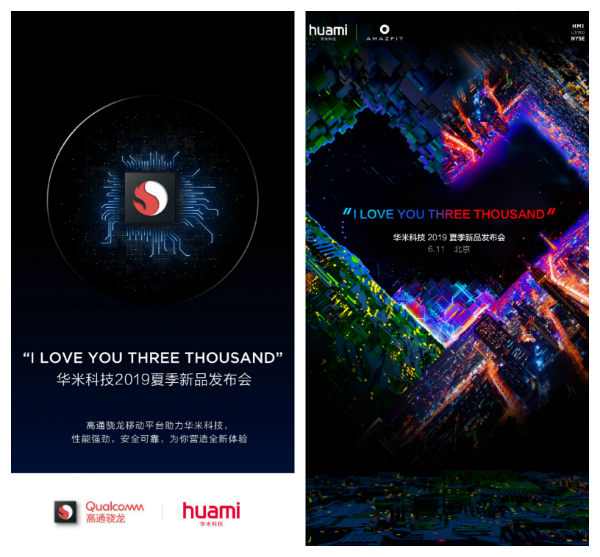 Furthermore, Wei Fandi, Vice President, Huami reportedly released a box packaging of an unannounced product. While the text on box reads, “for internal testing of Unicom,” it does confirm the Amazfit Verge 2 moniker. Unfortunately, nothing else is known about the smartwatch at the moment. We should know more details once the new smartwatch goes official next week.

Separately, Xiaomi-backed Huami recently launched the Amazfit Youth Edition in its home market, China. It is a variant of the Amazfit Verge that was launched in India in January this year. The smartwatch packs 1.3-inch circular AMOLED display with 360 x 360 pixels resolutions and Corning Gorilla Glass 3 layer on top. The wearable has an anti-smudge coating on top of the screen to prevent fingerprints. The device comes with a silicone strap that can be removed. It comes equipped with a 390mAh battery, that is claimed to offer 20 days of battery life with regular usage and 40 hours with the GPS turned on.