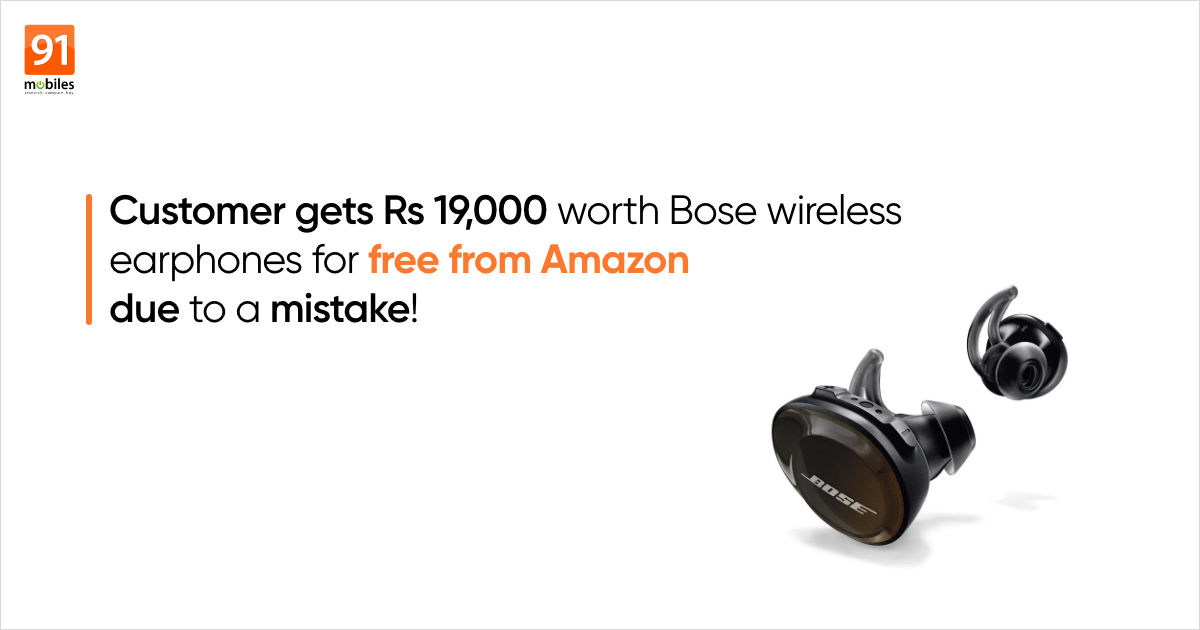 How often does it happens that you order skincare lotion from e-commerce platforms, but receive a pair of premium truly wireless earphones? Not often. Right? Well, it has happened to Pune-based man Gautam Rege, co-founder and director of Josh Software. Rege shared on Twitter that he ordered a skin lotion worth Rs 300 from Amazon.in, but, to his surprise, got delivered Bose SoundSport Free wireless earbuds. The earphones are retailing in India at around Rs 19,000. When he had reached out to customer care about the wrong order, Amazon India told him, “Keep it.” That’s not all, the company even refunded Rs 300 for the lotion.

A blunder like this doesn’t happen often, but it does make for a great story to share with people. The tweet quickly became viral with 1.9K comments, 22.8Klikes and 4.5K retweets so far. Several Twitter users flooded the thread with similar instances that have happened to them in the past. Commenting on the same tweet, one user said that he received a Lenovo Tab 4 instead of the after-shave lotion that he actually ordered for Rs 180 from Amazon.

Ever heard of folks who ordered mobile or tab from e-commerce sites & received a bar of soap instead? Well, the opposite happened to me today. I ordered an aftershave & received a Lenovo Tab4. 😁

Hey @amazonIN, want to take it back & give me what I ordered? Or not, your call! 😉 pic.twitter.com/FD6PaoMj0Z

For our tech enthusiasts out there, the Bose SoundSport Free is definitely a great product to receive for free. These are truly wireless earphones that were launched in India back in 2018 for Rs 18,990 and they offer a battery life of up to five hours on a single charge. In our review, we found the SoundSport Free offered an impressive sound quality and solid connectivity for anyone looking for premium TWS earbuds.

Wipro Smart LED Bulb costs Rs 599 but you can get it for Rs 99 on Amazon, just ask Alexa