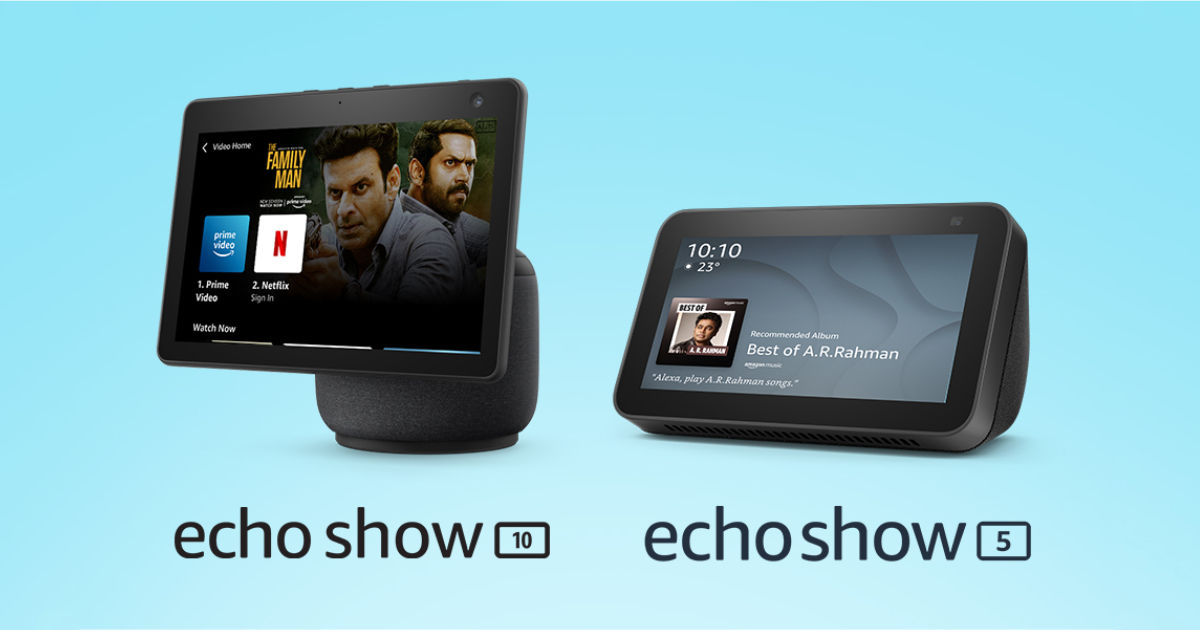 Also read: Best Bluetooth speakers you can get under Rs 5,000 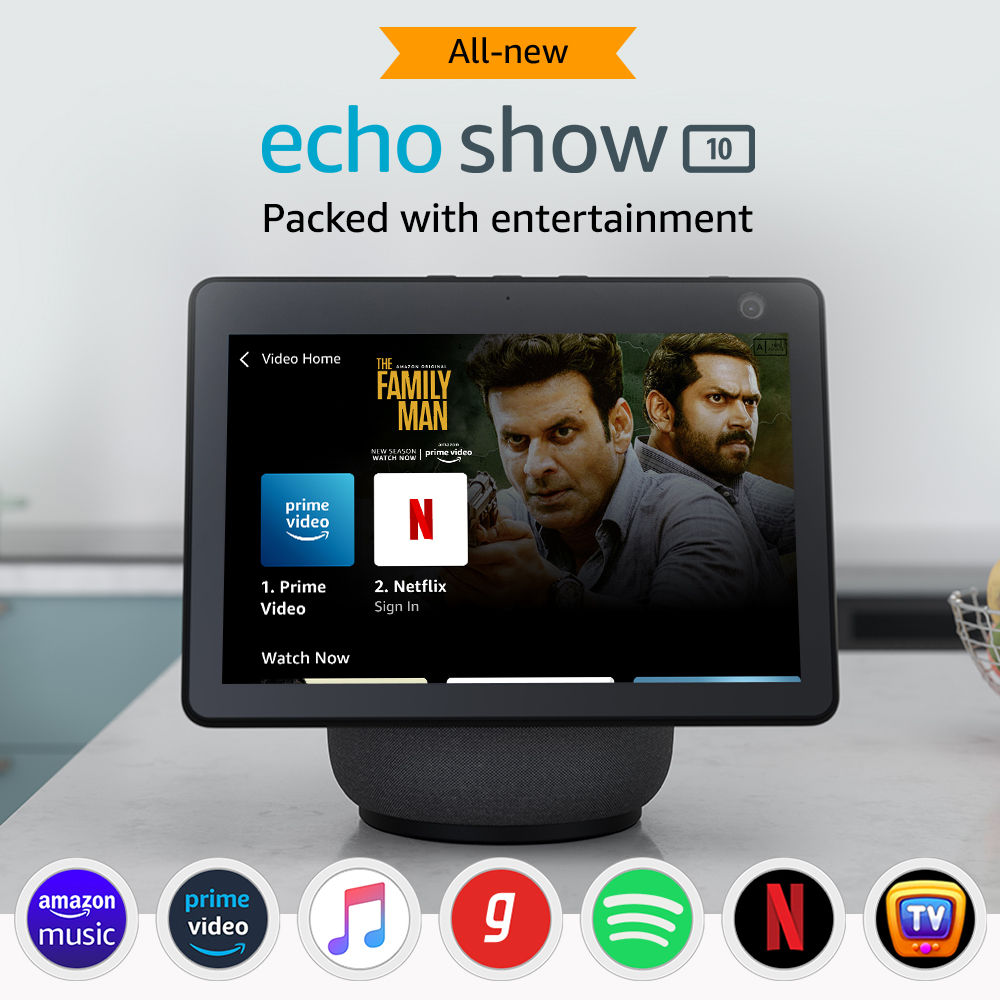 The Amazon Echo Show 10 features a 10.1-inch touchscreen with 175 degrees rotating functionality. The smart speaker can automatically track your movement using its camera and rotate itself in the direction you move so that the display is always facing you. This functionality makes it easier to look at the Echo Show 10 from anywhere in the room. Speaking of the camera, the Echo Show 10 has a 13MP sensor for video calls. This camera has a manual cover for people who are concerned about privacy. You can just slide the camera cover to shut the camera when not in use.

Coming to the most important aspect of a smart speaker, the Echo Show 10 features two 1-inch tweeters and one 3-inch woofer. Amazon has, however, not revealed the wattage of the tweeters and speakers. What is interesting though is that the tweeters and the speakers will also rotate along with the display in the direction you move for a directional audio experience. As for the smart features, the Echo Show 10 comes with the Alexa voice assistant, which you can use for tasks like knowing weather status, playing songs, and controlling smart home products.

The Amazon Echo Show 10 features the MediaTek MT8183 processor. There is also a secondary processor with Amazon AZ1 Neural Edge. Connectivity options include dual-band Wi-Fi 6, and Bluetooth (version is not known at the moment). The Echo Show 10 runs on AC wall power. It comes with a 30W power adapter with a 5 feet cable. You can set up the smart speaker from the Alexa app that is available on iOS, Android, and Fire OS platforms. It is also accessible through the web. The Echo Show 10 can also act as Zigbee smart home hub. 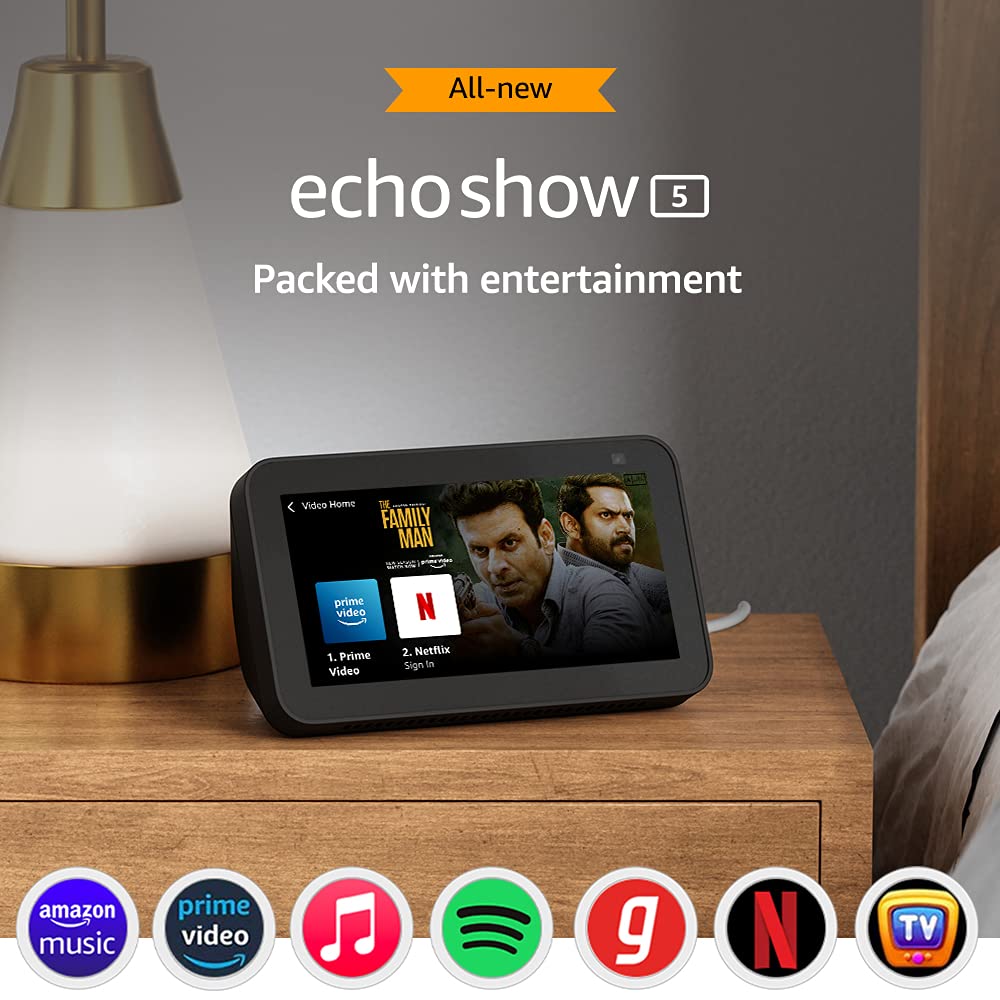 The Amazon Echo 5 has a 5.5-inch touchscreen. This one does not have the rotating functionality. Above the display, you get a 2MP camera with a manual cover. The smart speaker has a single 1.65-inch full-range speaker. The device is powered by the MediaTek MT8163 SoC. Connectivity options include dual-band Wi-Fi ac and Bluetooth. You get a 15W power adapter with the device with a 4.9 feet cable. Similar to its sibling, the Echo Show 5 has the Alexa voice assistant, and it can control your smart home products among performing the smart speaker tasks.