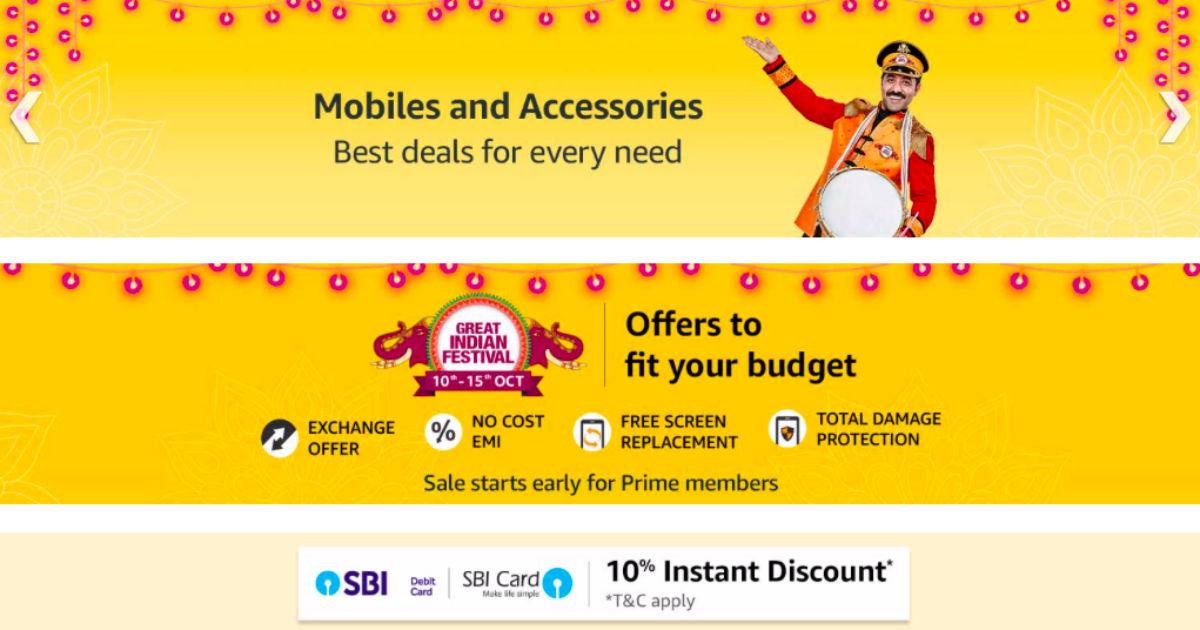 Amazon is set to start its Great Indian Festival sale on October 10th, though Prime members will get access to the deals a day earlier. Mobile phones deals on Amazon will, of course, be in high demand. Deep discounts on premium smartphones have already been announced by the e-commerce site, while popular affordable and mid-range handsets will be cheaper by up to Rs 7,000. Whether you are looking for the Samsung Galaxy S9 or the Moto G6 at a discount, there will likely be something for you in the Amazon Great Indian Festival sale, so check out the deals announced recently. 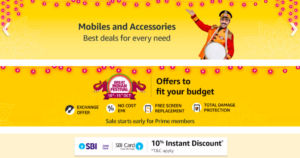 Apart from discounts on smartphones, Amazon India will be hosting Redmi 6A flash sales every two hours on its website and app. The flash sales will start at 8am on October 10th, and buyers will get free screen replacement worth Rs 2,000 as part of the sale. However, the Redmi 6A price in India will remain the same.