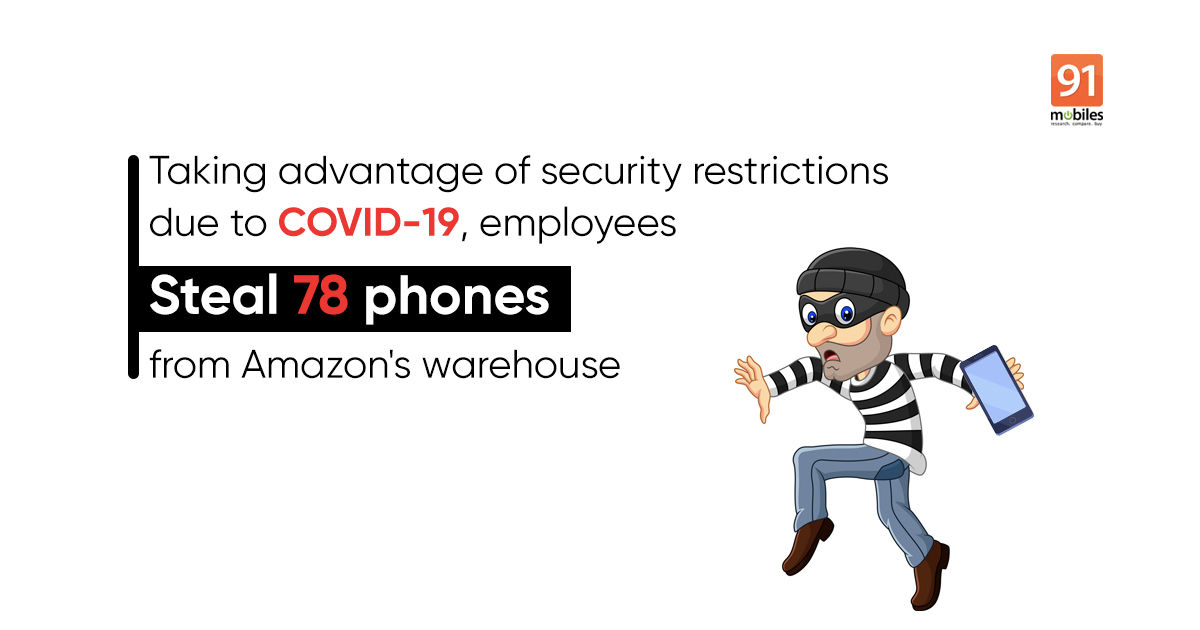 Two Amazon employees have been arrested for allegedly stealing smartphones from the company’s warehouse in Gurugram. Police said the accused took advantage of lower security arrangements at the Amazon’s facility due to the pandemic to commit the theft. The employees stole a total of 78 phones worth Rs 1 crore from the warehouse with the help of their accomplices. While 38 of the 78 stolen phones, worth around Rs 50 lakh, have been recovered from them, the remaining 40 phones still remain missing. Per a report by TOI, the duo managed to smuggle one iPhone a day for nearly two months.

After the lockdown, the warehouse resumed operation with social distancing norms, including employees not undergoing mandatory checks after duty, in place. Using this to their advantage, the accused started stealing mobile phones stored in the warehouse by taking them out of the retail box and hiding them on their persons while leaving. Over a period of two months, the two Amazon employees reportedly stole 78 phones and later quit the company to avoid scrutiny.

Amazon discovered the theft during its routine inspection on August 28th.

“Once the company discovered the theft, the two accused left their jobs… During questioning, they also revealed they had hidden the stolen phones in their homes and were looking to sell them,” said the PRO.

“A total of 38 of the 78 stolen phones, worth around Rs 50 lakh, have been recovered from them. The accused also disclosed the names of other accomplices involved in the crime. They will also be arrested soon and the remaining phones will be recovered,” the Police added.

An Amazon spokesperson thanked the cops for their probe. “As India’s most trusted online marketplace we take any incident of theft seriously. We thank the local police for their investigation of the matter,” the spokesperson was quoted as saying in the Indian Express report.