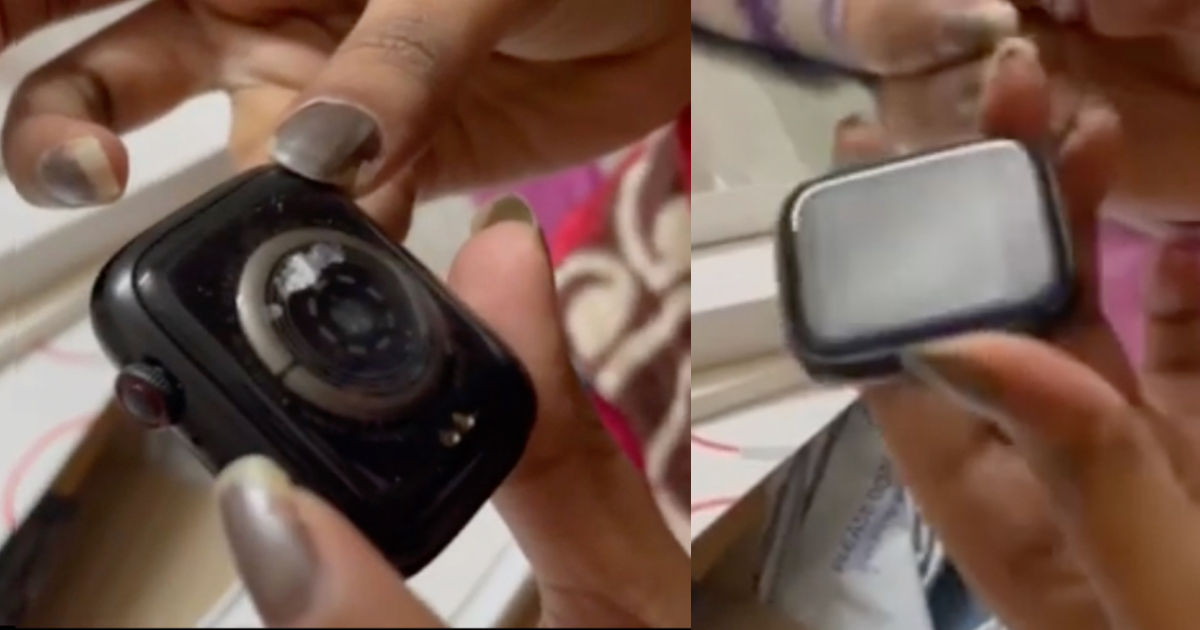 An Amazon India customer was unfortunate enough to receive a counterfeit product from the e-commerce giant. The customer had purchased an expensive product, an Apple Watch Series 7 priced at Rs 50,999, to be precise, and received a Chinese counterfeit instead. Fortunately, she had recorded the package being unwrapped and unboxed, so there is video evidence of the package containing counterfeit material. This, of course, isn’t the first time we’ve heard of such an incident — although rare, these things do happen from time to time.

Customer buys Samsung Galaxy S20+ on Amazon, but Flipkart will block her from using it. Here's what happened

The unlucky customer took to Twitter to post about the entire experience. She ordered the Apple Watch Series 7 GPS + Cellular model from Amazon India and paid Rs 50,999 for it. After receiving the product, the customer unboxed the package only to find a counterfeit Chinese smartwatch. The Apple Watch replica had thick bezels as well as a scratched back. Though the package looked like that of an Apple Watch, the charging cable inside was clearly not one that Apple provides officially. She was able to record the whole experience on video, and it can be seen that the product is actually fake.

The Amazon India team on Twitter said that they’d need 3-5 business days to investigate the matter. A few days later, the customer received an email from Amazon stating that they cannot initiate a refund or provide a replacement. However, the company later decided to give a refund to the consumer, ending her ordeal.

Following this incident, an Amazon spokesperson told 91mobiles that the customer will be refunded the entire Rs 50,999 amount that was paid for the Apple Watch. Additionally, the company will also be giving her an Amazon Gift card worth Rs 1,000 as a goodwill gesture.

According to the customer, the seller of the fake Apple Watch Series 7 was Appario Retail.