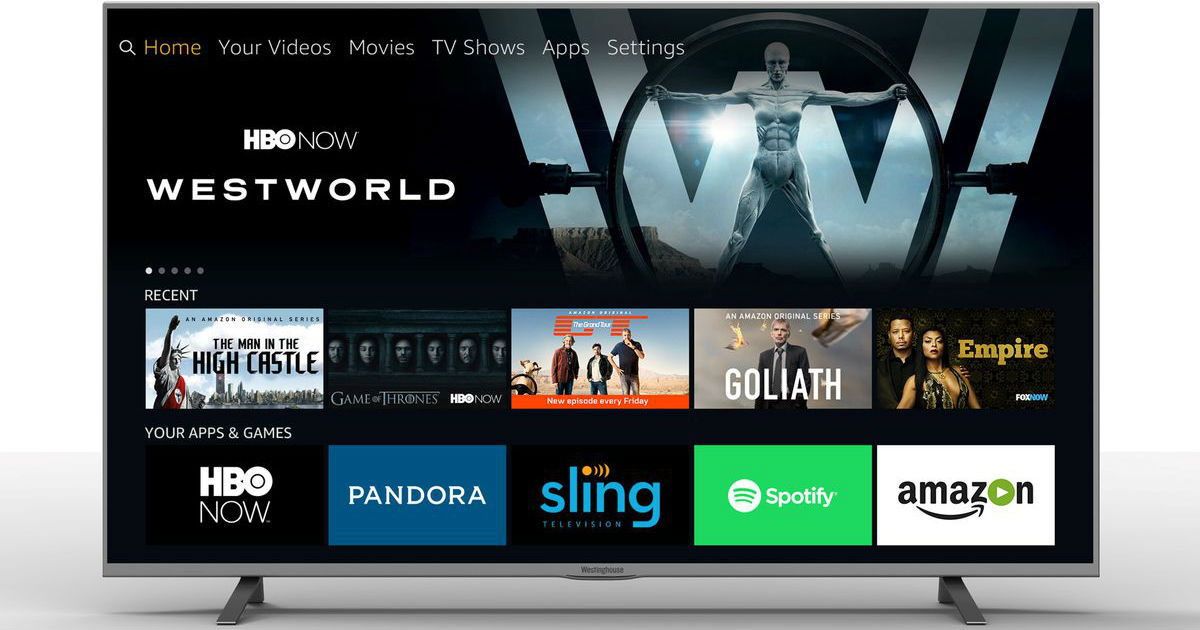 Amazon has introduced an upgraded range of Fire TV Edition television sets, with native support for Dolby Vision. The range has been introduced in the USA, with no word yet on if and when it might launch the Fire TV OS-powered sets in India or in other parts of the world. The new range supports high dynamic range with Dolby Vision, which expands on the capabilities of HDR10’s wide colour gamut content playback. While the range debuts with a 55-inch model, it would get the 43-inch and 50-inch models soon, with all of them priced affordably under $500 (~Rs 35,000).

Perhaps the most attractive bit about Fire TV Edition television sets is the native Alexa support, which allows users to control these TVs with their voice via any connected Echo device. Powered by the Alexa AI voice assistant, users can ask TVs to play, pause, skip and rewind any show, from any streaming service that is available on OS. It also makes the TV compatible with other Alexa services, with an Engadget article describing how users can ask Alexa to pull up a feed from connected security cameras right on to the TV.

While Amazon’s prime competitor in markets such as the United States would be TVs that are natively running on Roku firmware, in India, their direct competition would come from TVs that have the Google Assistant built in. DTH box manufacturers in India have been mulling over the possibility of making boxes that have Alexa built in, which would surely help expand the Amazon ecosystem in India. However, adoption has been slow so far, and while Amazon has introduced most of its Alexa-powered Echo devices in the country, we are yet to see televisions running Fire TV OS in the country.

Given that one of Amazon’s main targets with its upgraded Fire TV Edition TV sets is affordable TVs, it may make a lot of sense for them to bring TVs powered by Alexa natively to India. This would eventually further the connected TV ecosystem in India, while introducing Amazon as a competitor to Google in yet another category of devices in the country.