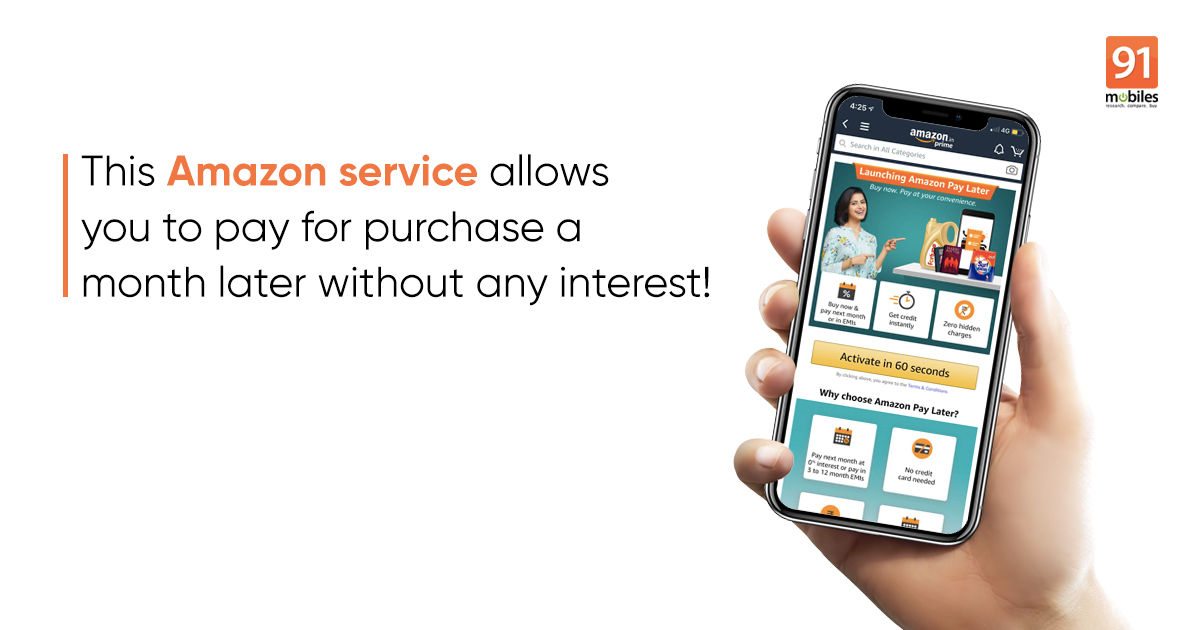 Amazon has launched Pay Later, a financial service that offers instant, zero-interest credit of up to Rs 60,000 to customers, in India. The service extends a virtual line of credit to customers shopping online, which can then be used to buy almost any products listed on the Amazon.in. The Amazon Pay Later credit is also valid for groceries and utility bills. The credit repayment can be done in the subsequent month at no additional fees, or in EMIs of up to 12 months. The payment in monthly installments comes with an interest rate, but that can be subsided with Amazon’s no-cost EMI option on various products.

What is Amazon Pay Later?

Amazon Pay Later is the company’s holistic financial service that credits money to buyers shopping online. The company had been testing the service in the country for quite some time, but now it’s available to tens of thousands of eligible customers. Amazon’s Pay Later is similar to Flipkart’s Pay Later, which offers instant credit of up to Rs 5,000 at no additional cost for up to 40 days. The credit can be used to buy any product listed on the marketplace, with an option to pay later in subsequent months. Amazon Pay Later also allows consumers to opt for credit for paying monthly utility bills such as electricity or water or even for mobile bills and recharges or purchase essential products during the lockdown.

Customers can borrow any amount between Re 1 – Rs 60,000, in line with RBI regulations. As stated above, there is no interest cost applied for buy now, pay next month usage. However, a ‘nominal’ fee will be charged to customers choosing to pay by EMIs (3-12 months). “The details about the interest cost payable will be communicated to you on payment page while choosing the EMI plan,” per Amazon. 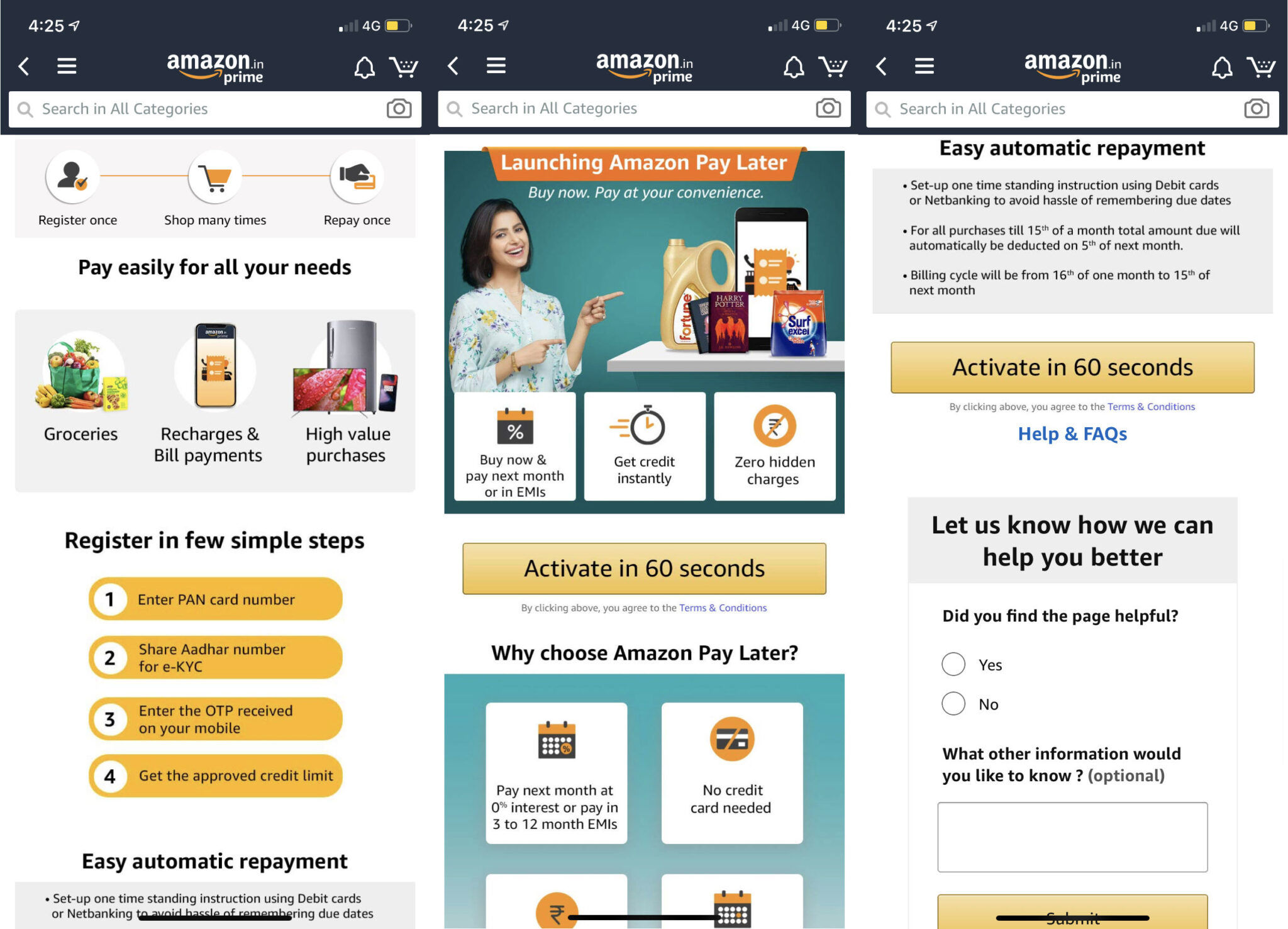 The Amazon Pay Later credit eligibility is based on a host of factors, including the information available with Amazon and your credit bureau history.