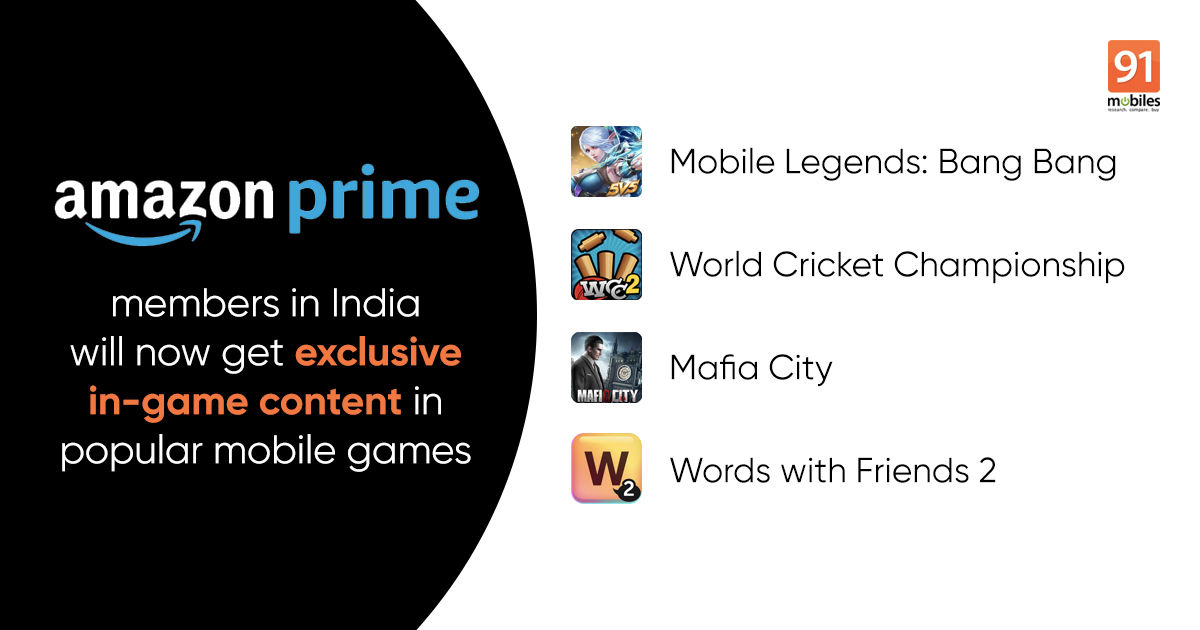 While Amazon Prime already offers some lucrative offers and discounts in India, the benefits are definitely not at par with the ones offered to Prime users in some other countries. To bridge the gap, Amazon today announced that Prime users in India will be getting some gaming benefits, primarily in popular mobile games. These benefits range from in-game content to in-game currency and include some exclusive in-game tournaments as well. To check out what Prime Gaming has to offer, Prime members can log on to www.amazon.in/gaming from any device.

To start with, Prime members in India will get a Stadium Unlock for World Cricket Championship 2; 50 Gold and 10K Cash for Mafia City; an item chest as well as hero and skin trial cards from Mobile Legends: Bang Bang; and a Mystery Box from Words with Friends 2. The company has also mentioned that upcoming content release will include some popular titles, including Ludo King. “The selection will be refreshed on a regular basis with new games and content launches planned every month,” Amazon said in its release.

For those who are unaware, currently, the benefits offered by Amazon Prime membership in India include Prime Video content, free shipping, Prime Music, Prime Reading, early access to Lightning Deals, and more.

“With the launch of Prime gaming, we continue to make Amazon Prime more valuable for members in India. We recognise the need for in-game content by mobile gamers to enhance their playing experience and are delighted to provide access to this content free to Prime members. We will continue to add new in-game content for other popular games, with frequent content refreshes,” Akshay Sahi, Director and Head of Prime, Amazon India, was quoted as saying in the company’s release.