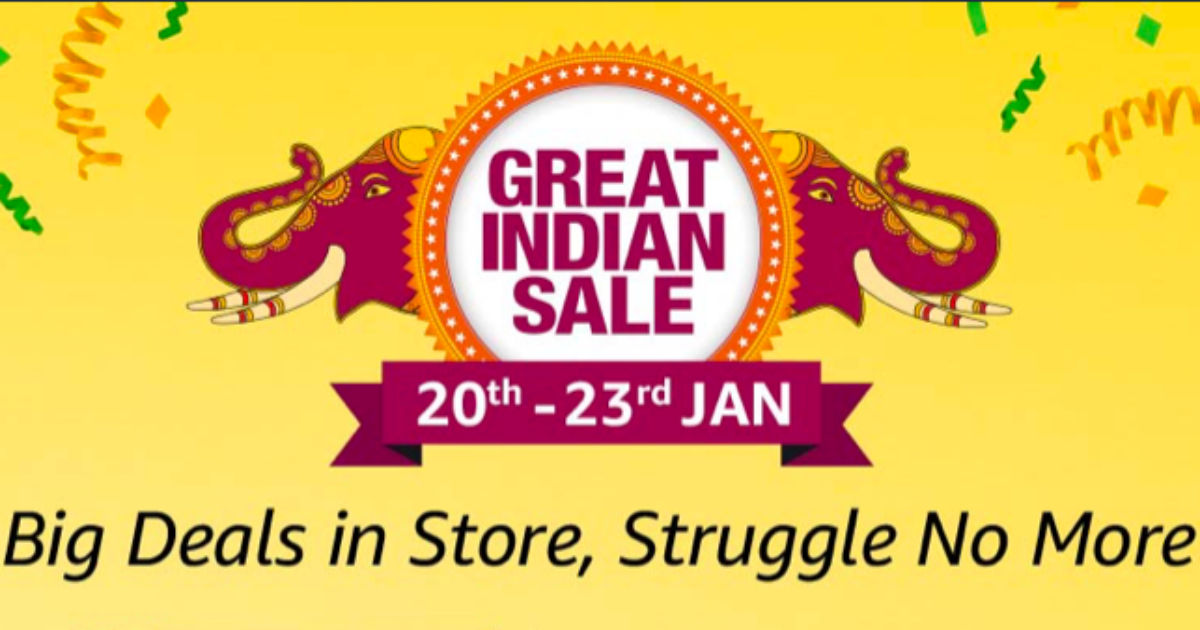 Just because the holiday season is over, doesn’t mean that there cannot be another big sale. Amazon India is proving that by announcing another massive sale, which will start on January 20th. The sale is known as the Great Indian Sale, and right off the bat, you can expect great deals on lakhs of products. This sale will start on January 20th and last till January 23rd; Amazon Prime members will be able to access the deals starting 12pm on January 19th.

Amazon India is partnering with HDFC Bank to provide an 10 percent instant discount on purchases made using the bank’s debit and credit cards. Over 10 crore products will be available at no-cost EMIs on Bajaj Finserv EMI cards as well as debit and credit cards from major banks. Customers will also be able to avail exciting exchange offers on a range of smartphones, such as iPhone X, OnePlus 6T, Xiaomi Redmi Y2, Huawei Nova 3i, Vivo V9 Pro, and Honor 8X. More Amazon sale deals on mobile phones should be detailed over the coming week.

You can expect great deals from brands across categories such as electronics, fashion, toys, home and kitchen, daily essentials and others. Brands such as Xiaomi, Apple, Honor, Realme, Samsung, OnePlus and 10.or will all provide discounts on their products during the sale.

Discounts will also be offered on laptops, earphones, hard drives, cameras, video gaming consoles, and TVs. Amazon gadgets such as Kindle e-reader, Fire TV Stick, and Echo speakers will be available at discounts of up to Rs 3,000. Apart from these brands, in-house Amazon brands such as Amazon Basics, Symbol, Myx, Vedaka, Presto, Solimo, etc, will provide special offers.

Fashion brands such as Puma, Bata, Vero Moda, Times, Arrow, MotherCare and more will also sell discounted products. During the Amazon sale, customers can have a look at and purchase unique items from brands such as Ikat, Banarasi, Tant sarees and more. They will also be able to purchase products from women entrepreneurs under the Amazon Saheli program.