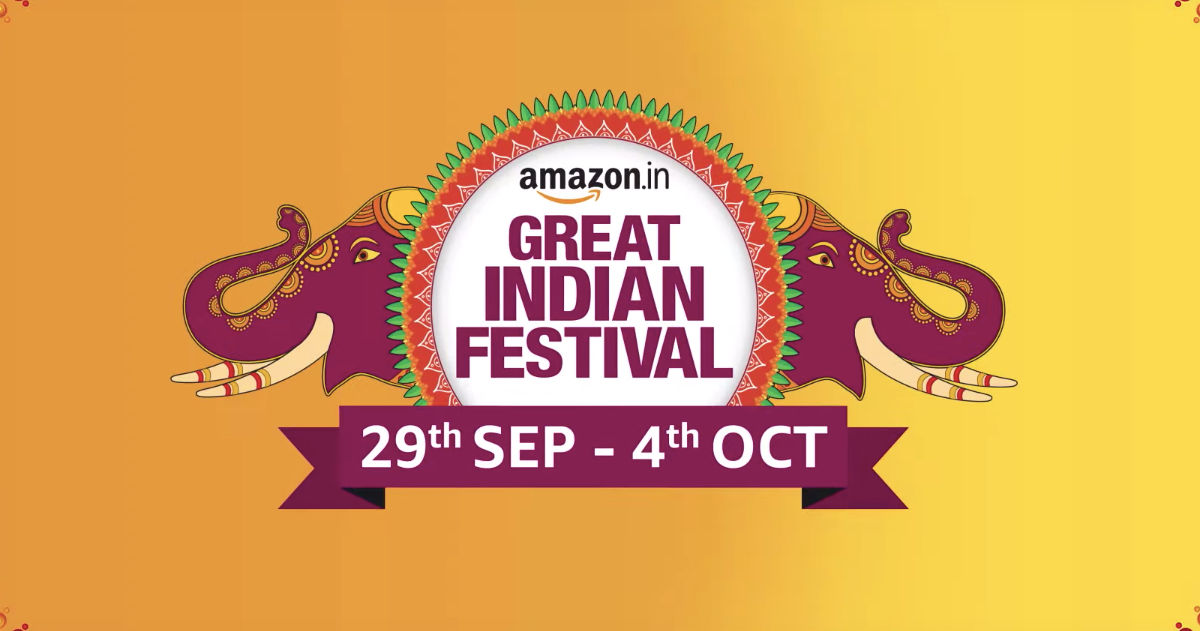 “The Amazon sale will see over 15 smartphones, such as OnePlus 7T and Samsung Galaxy M30s, going on sale for the first time”

Amazon Great Indian Festival Sale is scheduled to kickstart on September 29th and would last until October 4th. Prime users get early exclusive access starting 12pm on September 28th. Amazon is offering an 10 percent instant discount on purchases made using SBI debit and credit cards, along with no-cost EMIs, Bajaj FinServ cards, and unlimited reward points on Amazon Pay ICICI Credit Card. Now, the e-commerce giant has revealed top offers on various categories. It is offering up to 40 percent off on smartphones, up to 75 percent on home appliances such as TVs, and best deals on Echo and Alexa devices.

The Amazon sale will offer one-time free screen replacement on a wide range of smartphones as well as additional cashback and exchange discounts of up to Rs 6,000. The sale will also witness over 15 new smartphones going on sale from brands such as OnePlus, Samsung, Vivo, and more. These handsets include the likes of OnePlus 7T, Samsung Galaxy M30s and M10s, and Vivo U10, among others. Mobile cases start for as low as Rs 69, brings up to 70 percent off on Bluetooth headphones and power bank start at Rs 399. Amazon is offering discounts and cashback on appliances and TVs from Samsung, Whirlpool, LG, Xiaomi, Sony and more. As for consumer electronics, top load washing machines start at Rs 9,999 and split air conditioners are now discounted by up to 45 percent. 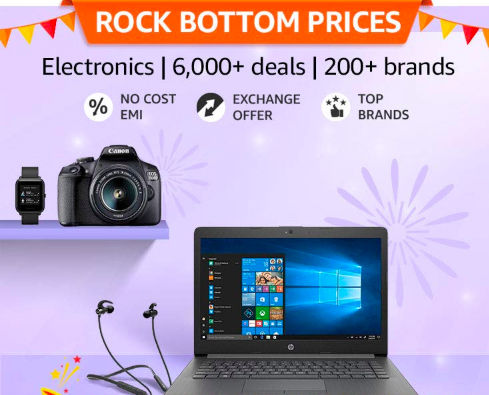 The Amazon sale brings deals on over 6000 products from brands, including HP, Canon, boAt, Lenovo, and more. It is offering up to Rs 40,000 off on premium laptops alongside no-cost EMI, a minimum of Rs 10,000 off on DSLRs and mirrorless cameras and up to 60 percent off on headphones and speakers. Lastly, the company says it will offer lowest ever prices on Echo and Alexa devices along with bundled freebies. Flat Rs 2,000 discount on Fire TV stick 4K, 35 percent discount on Echo Show 5, and more will be part of the Amazon sale too.