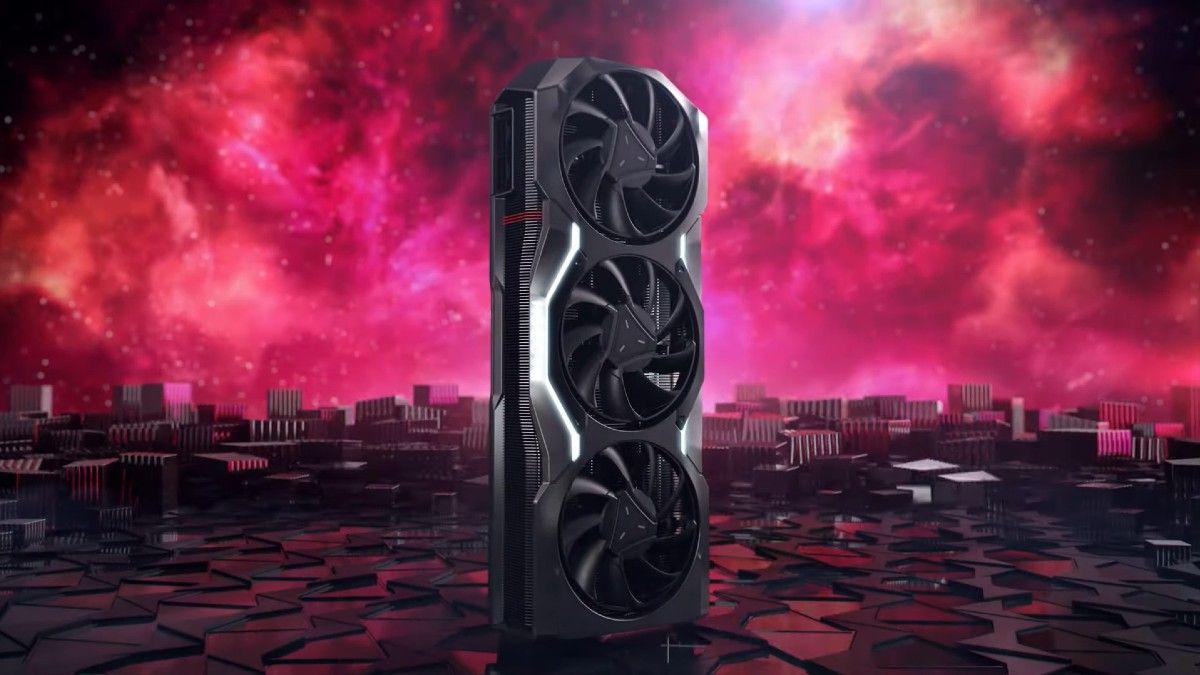 AMD has announced its brand-new Radeon RX 7900 series GPUs based on RDNA 3 architecture. The new Radeon RX 7900 XTX and 7900 XT GPUs are said to offer 54 percent better performance over last-gen hardware. AMD CEO Dr. Lisa Su says that the company is focused on offering incredible performance with efficient power usage, which seems like a diss against Nvidia’s GeForce RTX 4090. Su also said that RDNA 3 is the world’s first chiplet-based GPU with a modular design that can be tweaked easily in the future.

With 24GB of GDDR6 RAM, the AMD Radeon RX 7900 XTX has 96 compute units that run at up to 2.3GHz with 355W power draw. Meanwhile, the RX 7900 XT features 20GB of GDDR6 RAM, 84 compute units, 2GHz clock speed, and 300 W power draw. In terms of gaming performance, the Radeon RX 7900 XTX is said to deliver 295 FPS while playing Apex Legends in 4K and up to 704 FPS in Valorant. Besides these, AMD also claims that the GPU delivers up to 96 FPS in Assassin’s Creed Valhalla with Fidelity FX Super Resolution.

AMD FidelityFX Super Resolution vs Nvidia DLSS: What you need to know

While the Indian pricing for the new AMD graphics cards isn’t revealed yet, the company has announced their prices in the US. The high-end Radeon RX 7900 XTX is priced at $999 (approximately Rs 82,376). Meanwhile, the Radeon RX 7900 XT costs $899 (approximately Rs 74,141). Both GPUs will launch on December 13th, however, it’s unclear whether they will be available in India on the same day.