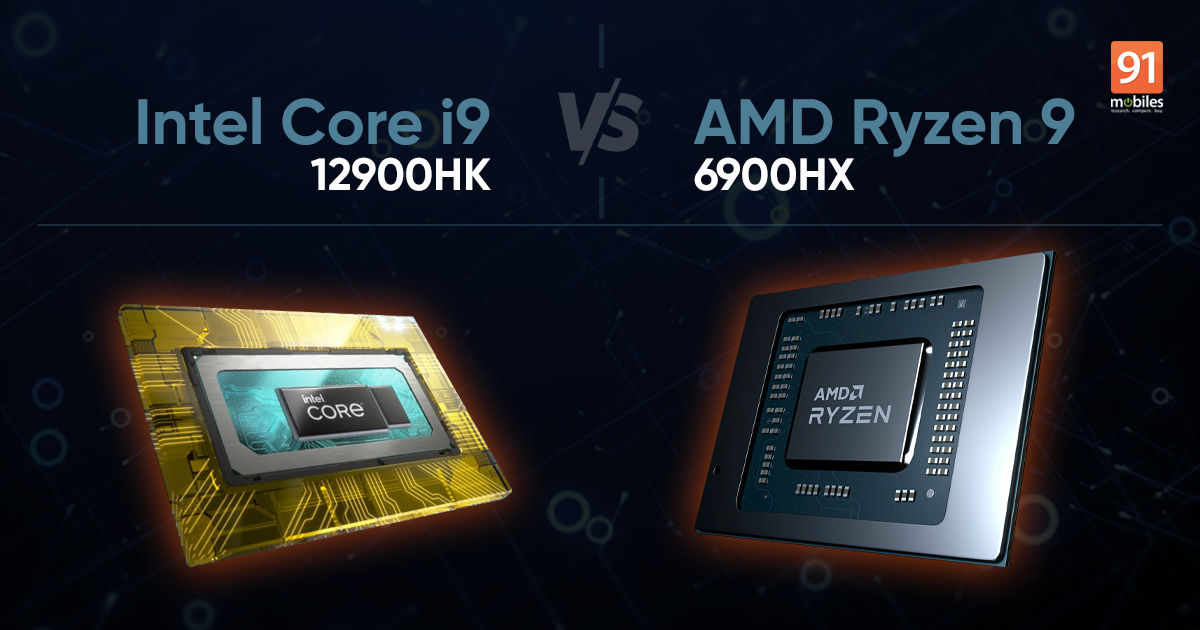 AMD and Intel recently launched their new range of desktop and laptop processors. The new processors come with some significant improvements over their predecessors including DDR5 RAM support. While AMD’s Ryzen 9 6900HX features the company’s new Zen 3+ architecture, Intel’s Core i9-12900HK has a hybrid architecture with Performance and Efficiency cores. If you are planning to buy a new laptop with AMD Ryzen 9 6900HX or Intel Core i9-12900HK, then here’s all you need to know about their specs, price, availability, and more.

Both AMD Ryzen 9 6900HX and Intel Core i9-12900HK come with some impressive specs, which are mentioned below:

Both AMD Ryzen 9 6900HX and Intel Core i9-12900HK processors are great for gaming as well as everyday use. Both processors have slight advantages over each other in certain areas but offer a great performance overall. Major factors that could influence you to pick one or the other will be the price and availability. Since both processors are available on a limited number of laptops, finding a laptop with either AMD Ryzen 9 6900HX or Intel Core i9-12900HK can be quite tricky. This situation will eventually be better after more companies launch laptops with these processors in India.