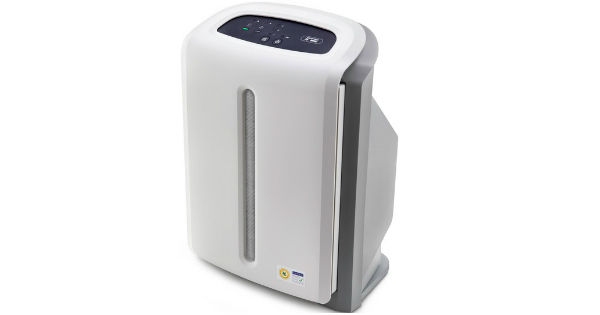 Amway Atmosphere Mini indoor air purifier has been launched in India. The brand claims that the new air purifier is equipped with better than HEPA grade filter to capture as small particles as 0.0024 microns with an efficiency of 99.99 percent. The Atmosphere Mini comes with a 3-in-1 filter – the first stage is a pre-filter layer to capture larger, airborne fibers and hair; the second stage filter traps 300+ pathogens and particulates such as common bacteria, virus, pollen, pet dander and moulds; and the third stage is a carbon filter layer that captures 15+ different gaseous contaminants such as formaldehyde, VOCs, SO2 and NO2.

The Amway Atmosphere Mini air purifier also reduces household odours such as set odours, tobacco, smoke and cooking odours. The air purifier also comes with particle sensor which is designed to detect across a full range of airborne particulates. It is said to detect bigger particles like dust, and allergens like pollens and house mites. The device offers an air delivery rate of 220m3/hours. The atmosphere Connect companion app lets users control and operate the unit remotely. The app comes with additional features such as tracking filter life and measure the system’s reactiveness to change in indoor air quality. Amway Atmosphere Mini indoor air purifier comes with three years warranty and is available on the company’s website and network of direct sellers at Rs 60,000.

Anshu Budhraja, CEO, Amway India, said, “Atmosphere Mini is a next-generation air purifier, which is equipped with better than HEPA grade filter that removes particles as small as 0.0024 microns with a single pass efficiency of 99.99 percent and comes with Allergy UK Seal of Approval. Amway has over 30+ years of expertise in making home air treatment systems and Atmosphere Mini is one of the best-suited air treatment solutions for the Indian conditions.”