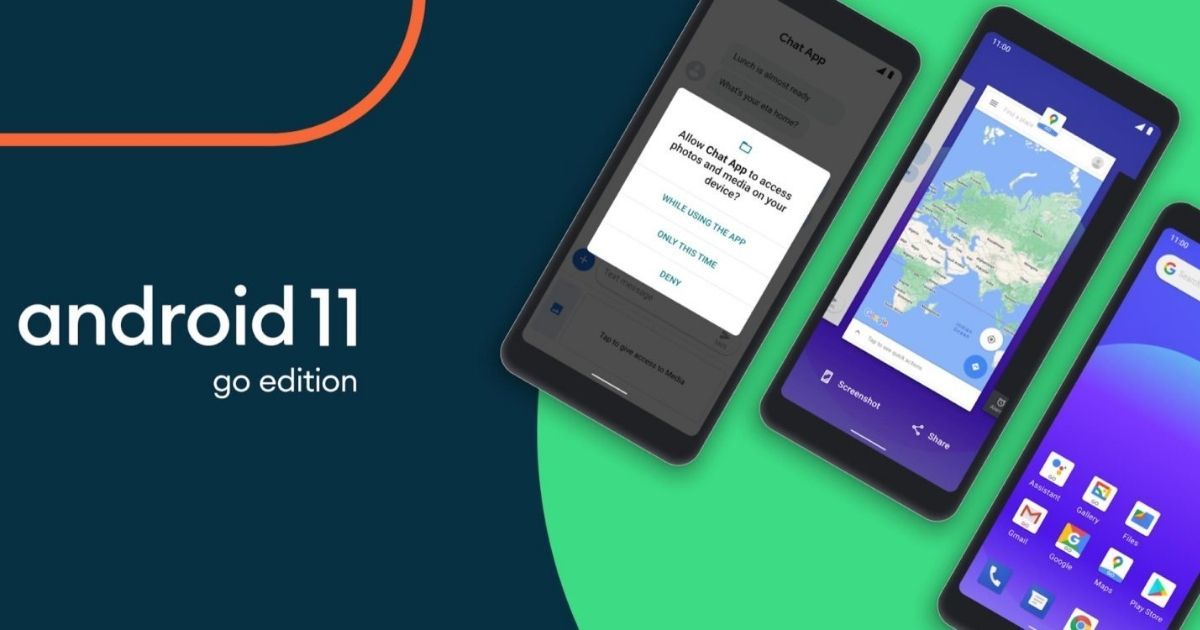 Google recently released the Android 11 update for Pixel devices and other smartphones. In addition to that, the company also announced Android 11 Go Edition, which is meant for entry-level smartphones. The Android 11 (Go edition) is a stripped-down version of Android 11 for smartphones with 2GB or less RAM. Android Go edition was first introduced with Android Oreo and is currently running on more than 100 million devices. The search giant revealed that the new update is made for upcoming compatible phones, and will be available next month.

Until now, the Android Go Edition supported devices with 1.5GB or less RAM. With the RAM limit increased to 2GB, Google states that apps will now launch 20 percent faster when compared to non-Go devices of the same kind. Users can expect to run two or three more apps in the background as there will be 270MB of free memory. The storage on Android Go devices will also see an improvement with an additional 900MB of space available for users.

One of the main new features with the Android 11 Go edition is the inclusion of gesture navigation. Most budget smartphones are now available with large displays, and it makes sense to enable gesture navigation. Users can maximise the screen estate by getting rid of the older three-button-style navigation bar.

Other Android 11 features such as improved notifications, will also be available in the Go edition. The notification drawer will now have a separate Conversations tab for all the messages. Google has also brought the security and privacy features from Android 11 to the stripped-down version. Features such as one-time permissions will let users grant access to the microphone, location, camera, and others only when needed. These permissions will auto-reset if the app hasn’t been used for a long time.

Google has also updated some of its apps such as Files, which now gets a Safe Folder that requires a 4-digit pin to open. As budget smartphones get more feature-packed, they require more RAM, and Android 11 (Go edition) will now improve performance on newer devices with up to 2GB RAM.