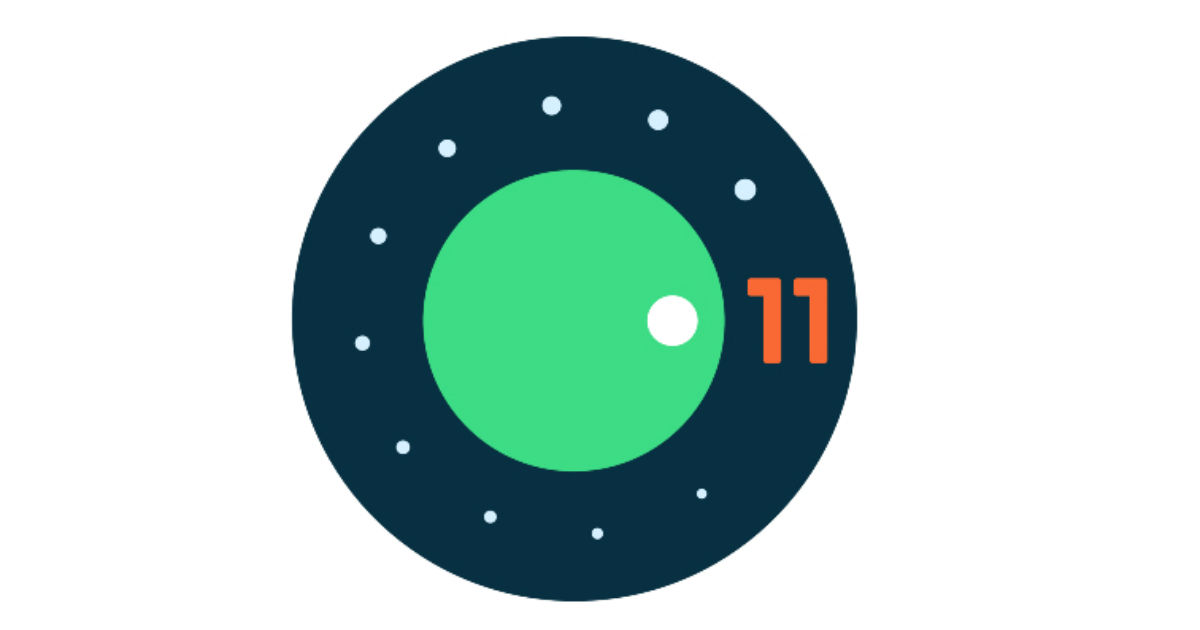 Android 11 public beta has been silently announced by Google, following the cancellation of I/O 2020 developers conference that was originally set for June 3rd. Android 11 focuses on three themes – People, Controls, and Privacy. Google says that it wants to make Android “more people-centric and expressive by reimagining the way we have conversations on our phones.” And to that effect, Android 11 gets a new dedicated section at the top of the notification shade called ‘Conversations’. All your conversations across different messaging apps will fall in this section. 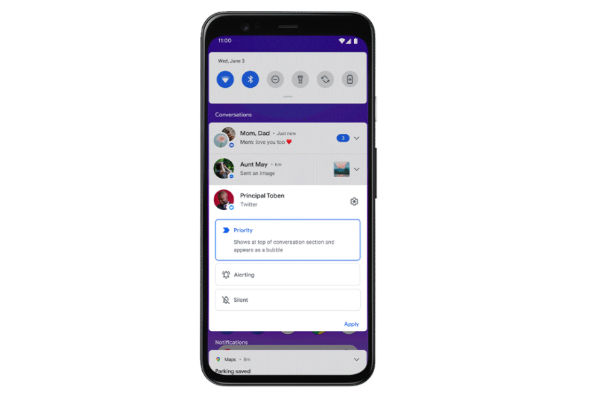 Android 11 includes specific actions that allow users to set reminders and create home screen shortcuts to threads. ‘Bubbles’ is an important addition where users can pop-out conversations from a messaging app and get one-tap access to the full conversation.
Google is suggesting developers adopt Bubbles API for Android 11. It also brings consolidated keyboard suggestions, Voice Access now leverages on the “on-device visual cortex that understands screen content and context, and generates labels and access points for accessibility commands.”

Another major focus in Android is smart home devices and their controls. Holding down on the power button brings Device Controls. Google Home already includes support for the new API that allows any app to appear in this gird. You can now tap to turn on/off lights and drag on the tile to adjust brightness. There are Media Controls as well that let you switch the output of playing audio/video to headphones, speakers, or television. Now Playing is now moved to Quick settings from the notification shade. This can be enabled in Beta 1 from Developer Options > “Media resumption” ahead of default availability later on.

Android 11 also focuses on Privacy – it now lets you set one-time permissions for apps to access device microphone, location, and camera. These permissions will auto-reset if you haven’t used an application for a long period of time. Google Play Store will also review all Android apps requesting background location access, though existing applications will be given until 2021 to follow the change. Other notable changes include an in-built screen-recorder, Pixel launcher will now suggest apps in the ‘Dock’ based on your usage habits, Emergency alerts in Spanish and more.

How to install Android 11 public beta?

Android 11 Beta 1 is now available for Google Pixel 2, Pixel 2 XL, Pixel 3, Pixel 3 XL, Pixel 3a, Pixel 3a XL, Pixel 4, and Pixel 4 XL. OEMs like Xiaomi, Realme, Vivo, and OPPO will also allow you t install the Android 11 public beta on some of their phones in the coming weeks. Before installing, it is important to note that the public beta version is expected to come with come bugs and issues that could range from mild to severe in how they affect your device. It is advised to backup your data before you install any unfinished software version.

As of now, only Pixel phone users can install Android 11 public bets. If your Google account is logged in the device, head to the Android 11 beta site to enrol your phone. After enrolling your device, you will then receive a notification to install the software update or you can manually check it in Settings. You can then proceed to download the software and begin the installation process.