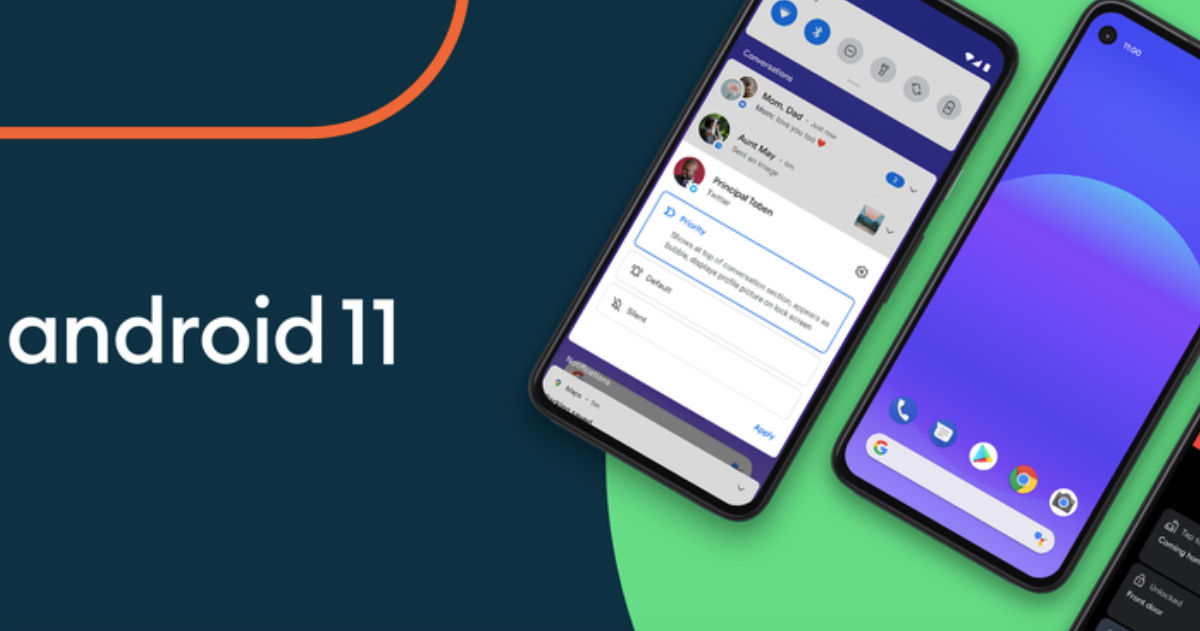 Android 11, the next major software version from Google, is finally launched after months of beta testing. Android 11 is not only available for Pixel phones but is also getting a much wider release to include some phones from OnePlus, Realme, OPPO, and Xiaomi. Google says that “more partners will be pushing the upgrade over the coming months.” Android 11 focuses on three important segments: People, Controls, and Privacy. The update brings a new dedicated section at the top of the notification shade called ‘Conversation’. This section will have all the messages from across different apps. It also added a Facebook Messenger-style bubble interface for easy access.

Android 11 makes it much easier to control smart home devices. All you have to do is just hold down on the power button to bring controls in a grid. You can tap to turn on/off lights, drag on the tile to adjust brightness, and more. Google is adding media controls that let you switch the output of the playback to headphones, speakers, or even televisions. The Now Playing is shifted to Quick settings from the notification shade. It brings a new screenshot interface, more tightened permissions settings, among others.

Google has reserved a couple of features for Pixel devices, including the new AR-location sharing, built-in Google Smart Reply functionality to Gbaord in more chat applications, and intelligent folder naming. Android 11 stable update is now available to download on Pixel 2, Pixel 3, Pixel 3A, Pixel 4, and Pixel 4A phones. Additionally, OnePlus 8 and OnePlus 8 Pro are getting Android 11 updates through open beta. OPPO Find X2, Reno 3, Realme X50 Pro, Xiaomi Mi 10, and Mi 10 Pro are also getting the update through public beta.