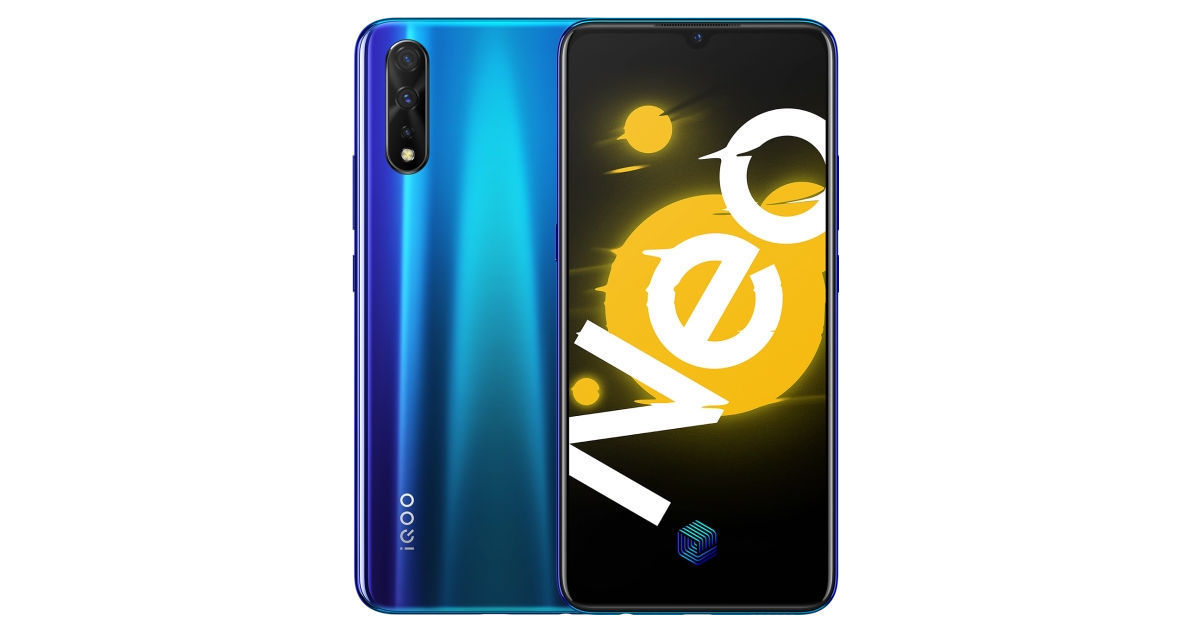 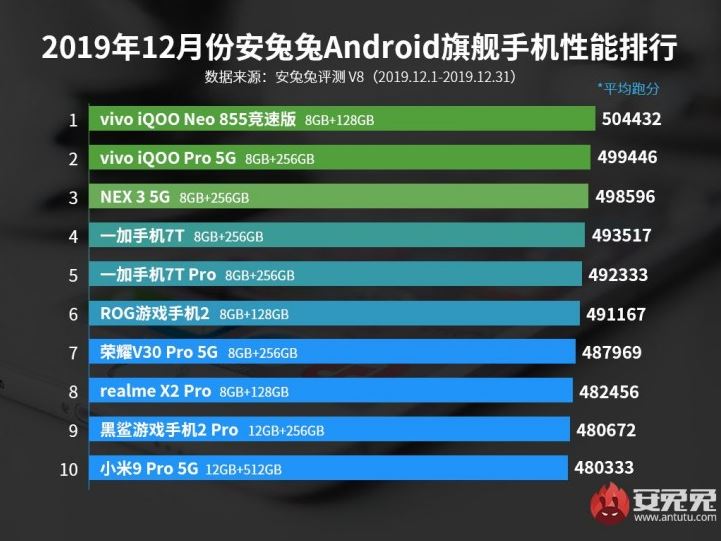 AnTuTu’s monthly listings are not based on a single peak score registered by a device, and is instead calculated as an average of all the benchmark scores that a particular smartphone tallies on its benchmark platform. Even with that, Vivo appears to hold a significant stronghold on the smartphone benchmark listings, suggesting that its smartphones are among the best performing devices in the industry. In the flagship category, the Vivo IQOO Neo 855 Racing leads two other Vivo smartphones, the Vivo IQOO Pro 5G (at 4,99,446 points) and the Vivo NEX 3 5G (at 4,98,596 points) respectively. Beyond the top three, the top five comprises OnePlus’ latest devices, with the OnePlus 7T at number four with 4,93,517 points and the OnePlus 7T Pro and number five, with 4,92,333 points. 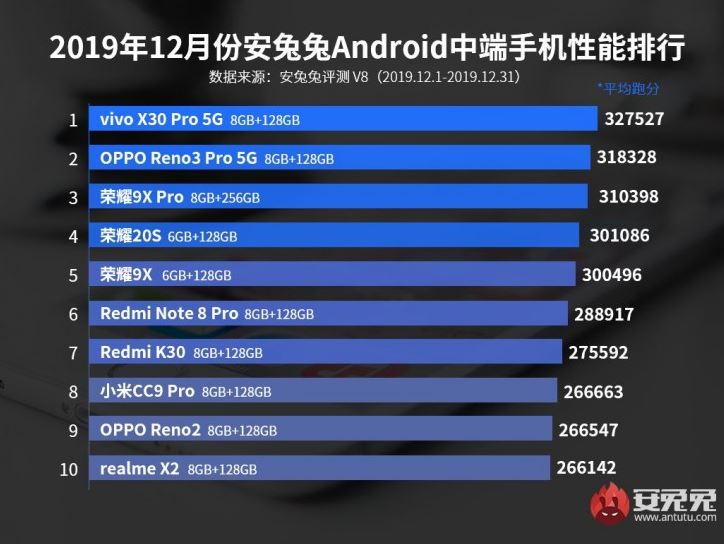 Among the mid-range smartphones, the Vivo X30 Pro 5G is followed by OPPO Reno3 Pro 5G at second with 3,18,328 points, and the Honor 9X Pro at third with 3,10,398 points. Honor also takes up the other two slots in the top five rankings, with the Honor 20S scoring 3,01,086 points to rank fourth, and the Honor 9X scoring 3,00,496 points to rank fifth. It is interesting to note that in both the flagship and mid-range smartphone listings, all smartphones are from Chinese OEMs only, barring the ROG Phone II by Taiwanese OEM ASUS ranking sixth among the flagship smartphone rankings. There are no mentions of Apple, Samsung or any other manufacturer among the top performing flagship and mid-range smartphones, as per AnTuTu in December 2019.

Going forward, it will be interesting to see how the launch of new smartphones in January 2019 and beyond affects AnTuTu’s listings. Samsung is set to host its Galaxy Unpacked event on February 11, when its latest flagships (along with its new processor) is slated to launch. Given the generational improvement of processor performance expected with both Samsung and other OEMs using Qualcomm’s latest Snapdragon 865 SoC on the cards, it remains to be seen how the same affects AnTuTu’s rankings, and whether Vivo manages to hold on to its ranking even then.