91mobiles.com
Home News This is the most powerful Apple gadget! (Hint: it’s not iPhone 12...
Highlights 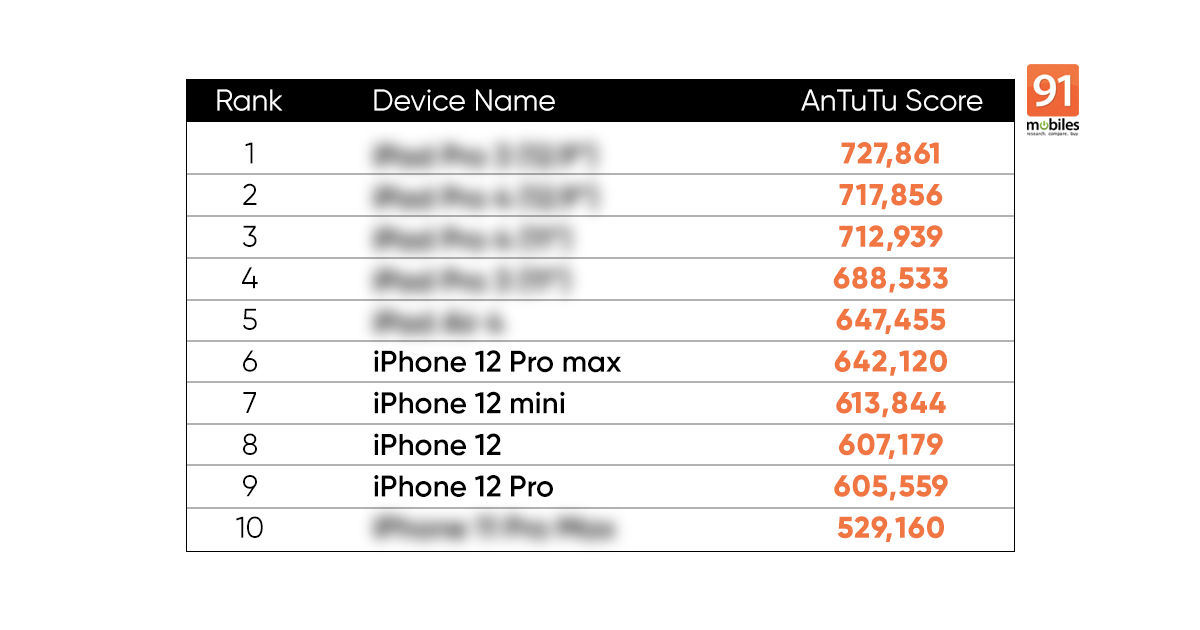 AnTuTu has released new data about the top 10 best performing iOS devices globally for the month of March 2021. The results are a tad surprising, as one would expect the product with the latest hardware to take the lead. As always, iPad chips are ahead of the pack due to the inclusion of additional CPU/GPU cores and a higher power budget compared to their iPhone counterparts. However, a chip from 2018 seems to be ahead of the pack. We’re talking about the A12X Bionic-powered 12.9-inch iPad Pro 3, which managed to net an overall score of 727,861. Coming in second is the 12.9-inch iPad Pro 4 from 2020, which scored 717,856. Its 11-inch cousin’s score of 712,939 puts it in third place. The A14 Bionic-powered iPad Air comes in fourth, with a maximum score of 647,455. 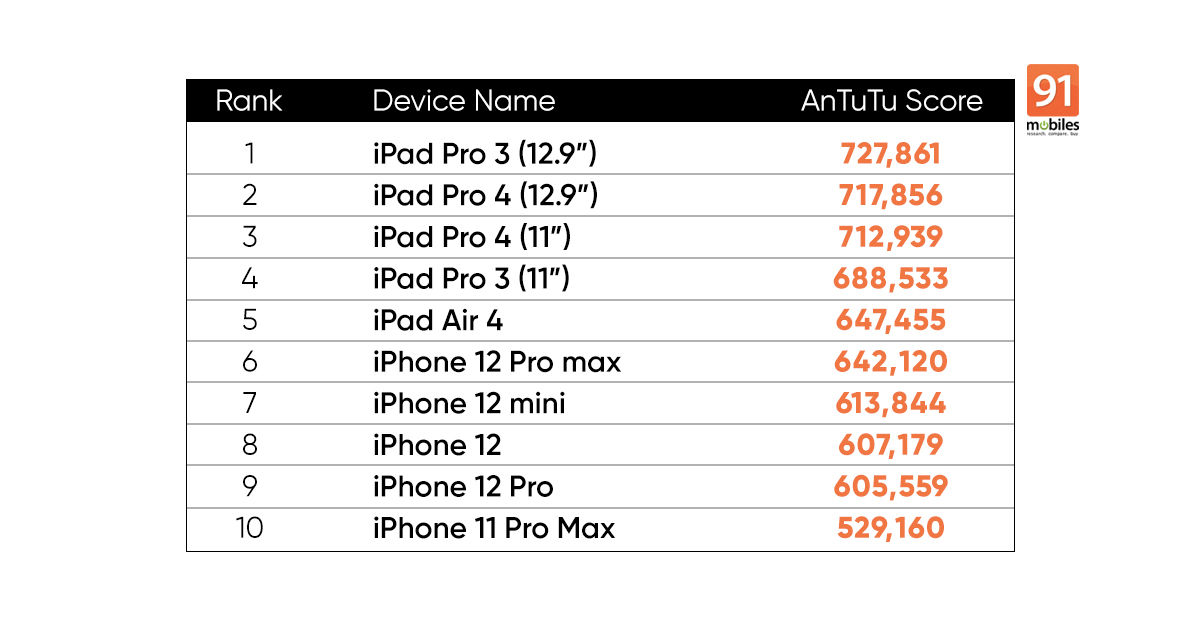 What makes these results even more interesting is the fact that the A12X Bionic is actually a tad weaker than the A12Z, on paper at least. The former has only seven GPU cores, while the latter has eight. Both chipsets come with an identical eight-core CPU, which is divided into two clusters of performance and efficiency cores. However, a cursory glance at the past few months of data from AnTuTu reveals that the A12Z Bionic and A12X Bionic take turns to occupy the top position.

Synthetic benchmark tests are influenced by a ton of factors, many of which are often beyond users’ control. Therefore it is common to see a large variance in test scores, even when the test is conducted on the same device. Besides, synthetic tests are seldom indicative of how the device will perform in day-to-day tasks. Very few real-world applications push the device’s hardware to its limits like synthetic tests do.