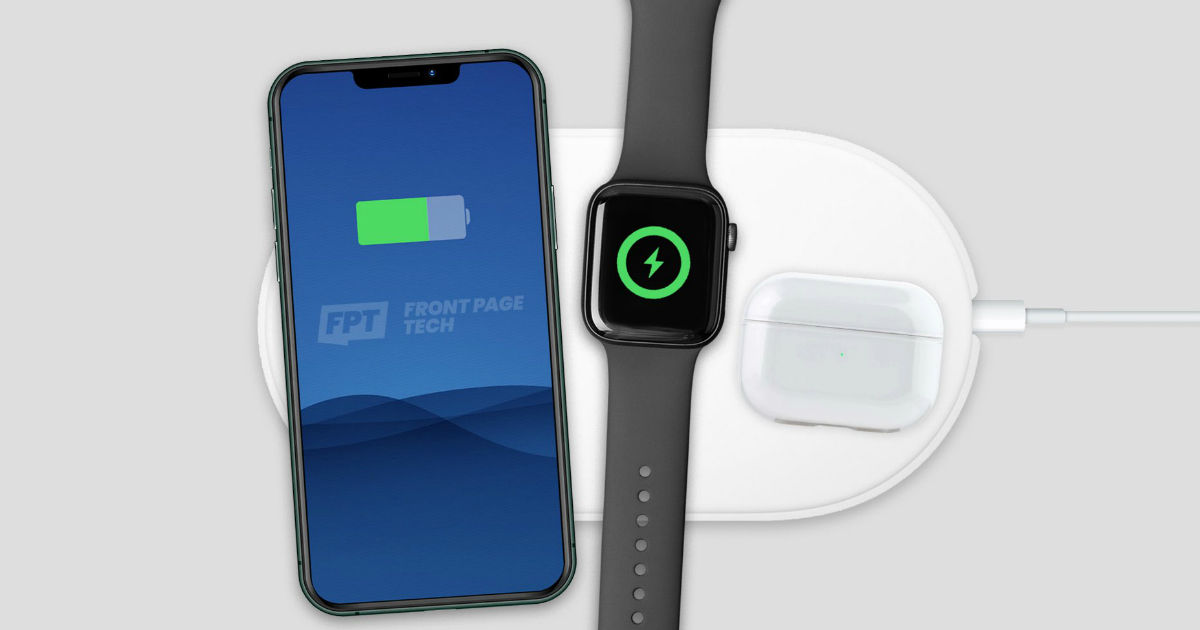 Back in March 2019, Apple had officially cancelled the AirPower wireless charging mat after multiple delays citing that it couldn’t reach its own high standards. Now, a year later, it seems the AirPower is not quite dead. The Cupertino giant reportedly reworking on the tech as engineers on the ‘Sharing and Proximity’ team are receiving prototype units of an internal product codenamed ‘C68’. This and more details have been shared by Jon Prosser of FrontPageTech. Not only do we learn that the AirPower is still in the works, but we also get a glimpse of the product in real-life as well as a concept render by Prosser himself. The team working on the prototype is looking into software communication between devices for the “future product”. 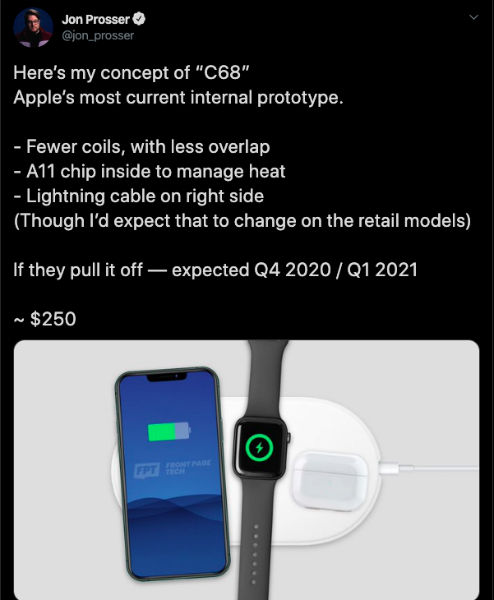 Additionally, Jon Prosser of FrontPageTech has posted a concept image of the AirPower based on the prototype image that was leaked. The idea behind the charging pad is to simultaneously charge multiple Apple products like the iPhone, Apple Watch and AirPods. Apple felt it was unable to achieve this as it would overheat the pad. Jon Prosser in his tweet said that the team is now looking at solutions that could include fewer coils with less overlap and using the Apple A11 chipset to manage heat. The Lighting cable will go on the right spine, but the retail most should have a different port, presumably the USB Type-C. If things go as planned, Apple may launch the redesigned AirPower in Q4 2020 or Q1 2021 and is said to be priced at $250 (Rs 19,100).

The AirPower wireless charger was seen as another step from Apple towards a future where iPhones will be port-less. But even if the AirPower launches, it may be a few years before consumers are ready to go port-less. For this dream to work, the cost of accessories like the AirPower and AirPods will have to go down if the company wants to attract buyers.

Separately, rumour has it that this year’s iPhone 12 will feature a design similar to the latest iPads as a part of the company’s design overhaul. Reports suggest there will be a total of four models including two low-cost and two high-end iPhone 11 Pro successors and all of them are said to have 5G connectivity. They are said to feature flat stainless steel edges and rounded corners like the iPad Pro 2018/2020. This in turn means that they will have a design reminiscent of the classic iPhone 5S/5/4S/4.