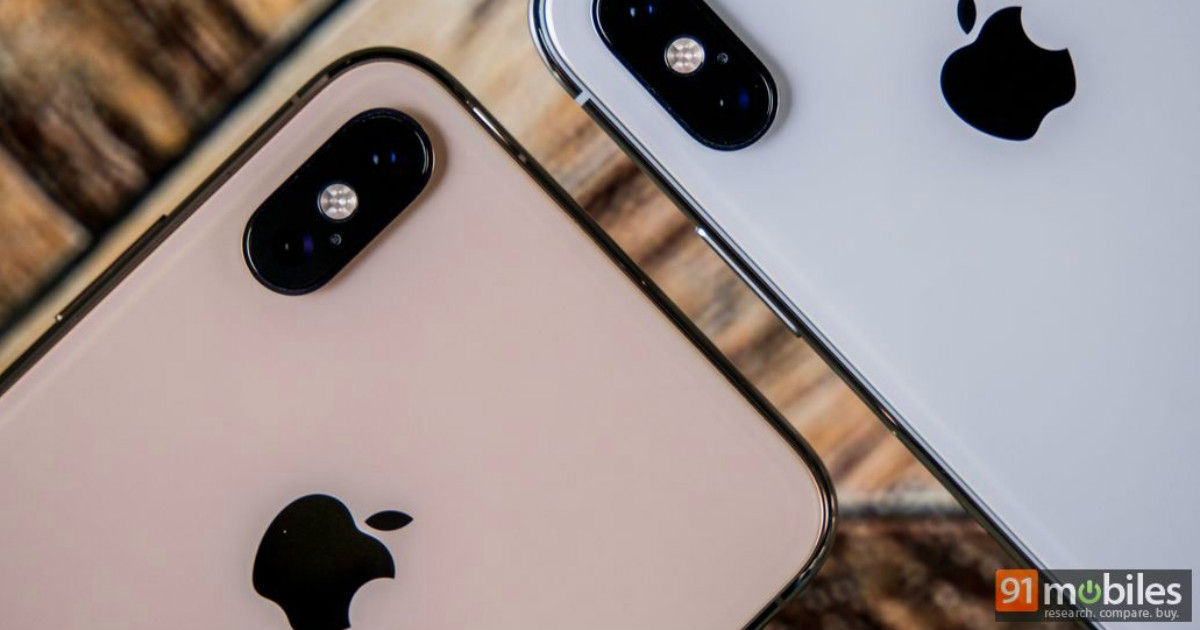 IDC has published its report on smartphone shipments for the first three months of this year, and the shipment numbers are more or less in line with what most analysts and investors had expected. The most notable numbers come from two vendors, Apple and Huawei – while the former’s iPhone sales have seen a very steep decline, the latter has defied industry headwinds to post growth of nearly 50 percent in volume. This is a particularly important junction in the smartphone market, since this also sees Huawei significantly overtake Apple to become the second largest smartphone company in the world, still some way behind Samsung. According to the report, Apple sold 36.4 million units in the first quarter of the year, down from the 52.2 million that it sold in the first quarter of 2018. This leaves it with a market share of 11.7 percent, marking a decline of 30.2 percent in iPhone shipment figures. The biggest gainer of this quarter, Huawei, had a completely reverse run in comparison to Apple – it sold 59.1 million units in Q1 2019 in comparison to 39.3 million a year ago, recording a robust increase of 50.3 percent YoY. Huawei’s market share now stands at 19 percent which falls just short of Samsung’s global market share, which saw an 8.1 percent YoY decline in shipments to stand with 23.1 percent of the market. 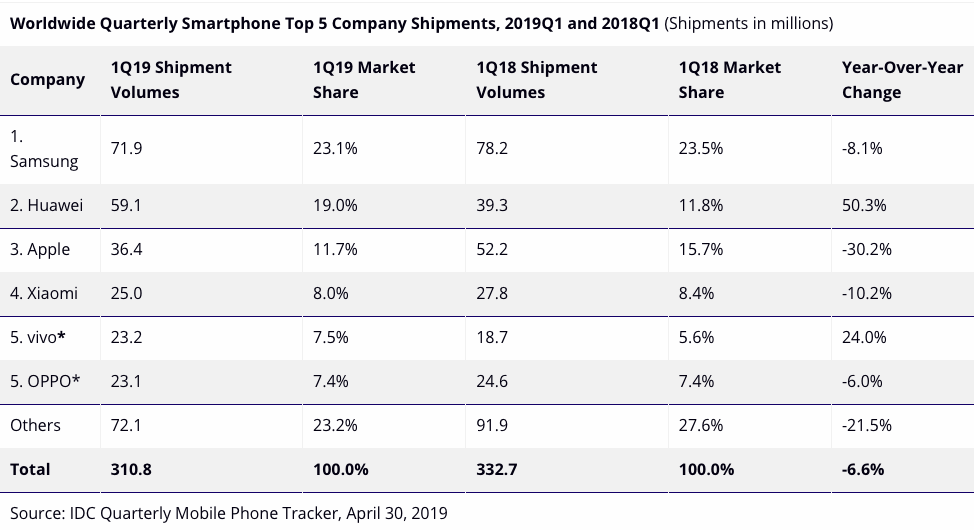 What makes Huawei’s rise even more remarkable is that it comes against the overall market trend. Global smartphone shipments in Q1 2019 stood at 310.6 million units, marking the sixth straight quarterly decline in shipments and an overall decline of 6.6 percent YoY. Industry estimates expect shipments to decline through the year, while Huawei’s growth projection essentially puts Samsung’s long-standing position of authority at risk. It will be a remarkable turn of events for Huawei, which was nowhere close to its present, dominant position in the market, even two years ago.

However, it is worth noting that questions could be raised about the longevity of Huawei’s run. While fellow Chinese smartphone maker, Vivo also happened to post strong growth figures, the likes of Xiaomi and OPPO have seen their shipments decline in face of competition and weak overall market conditions. It remains to be seen for how long does Huawei manage to hold on to its growth phase, before the inevitable stagnation sets in. The smartphone industry is looking forward to technologies such as foldable devices and 5G connectivity to boost the slump and revive the purchasing scope, but the mainstream adoption of these technologies is still some distance away.